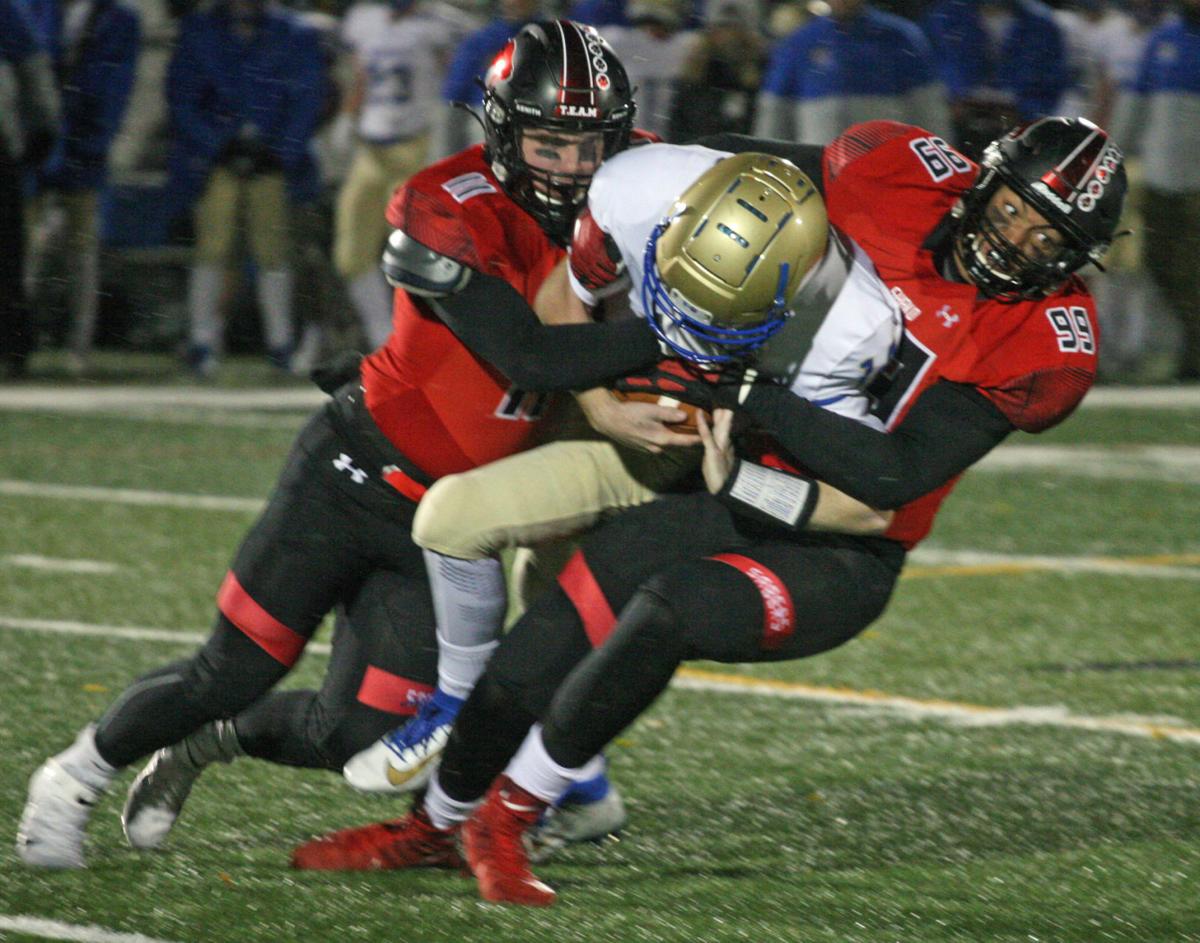 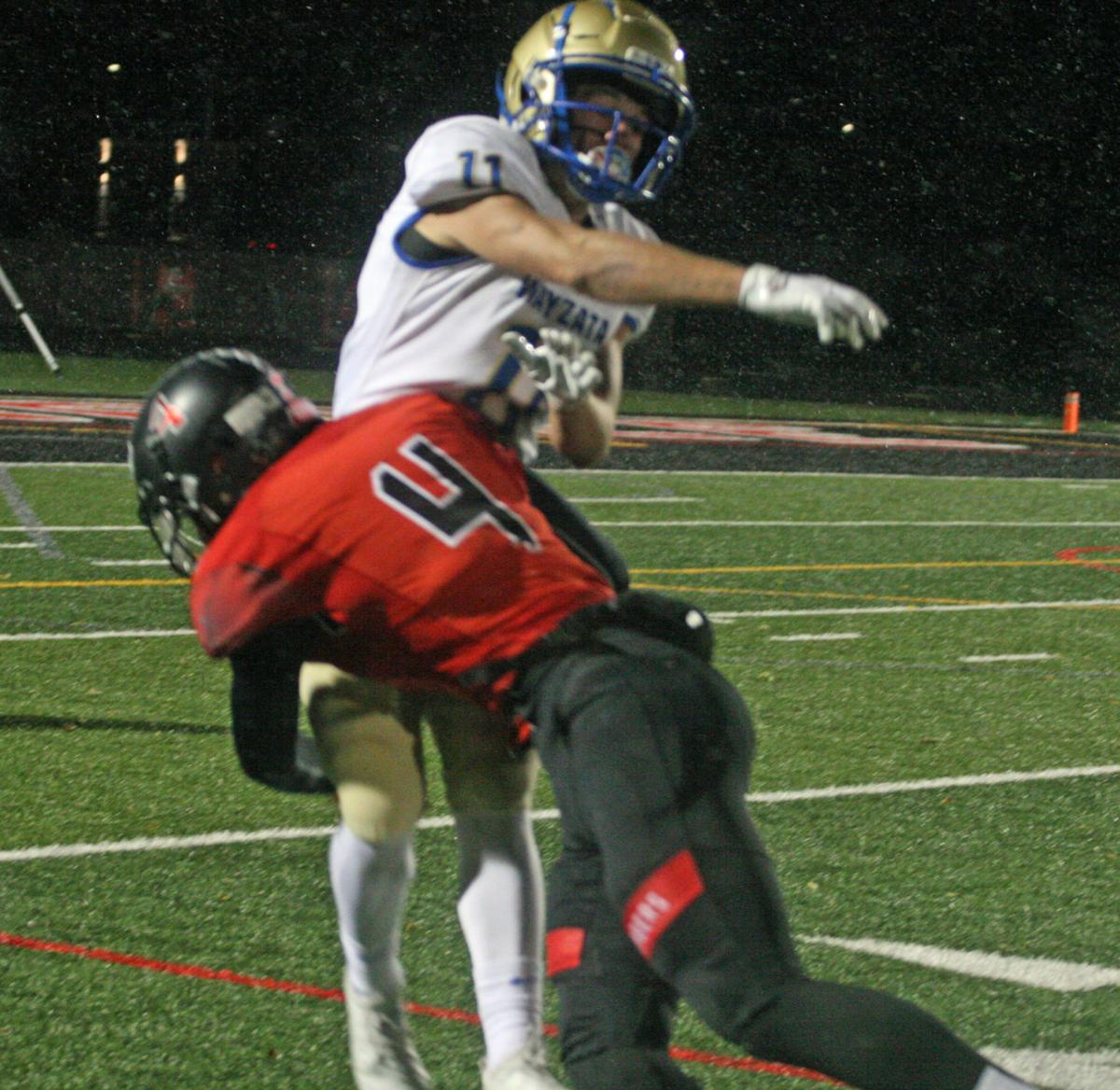 For the second time this season, the Shakopee football team gave a top-2 ranked team everything they could handle.

But also for the second time this season, Shakopee lost 14-7 to that ranked team.

Against Wayzata, Shakopee trailed 14-7 in the final minute of the game and drove the ball inside the Trojans 10-yard line for a first and goal in the final seconds of the game.

Shakopee had four cracks at the end zone but couldn't get into the end zone as they were sacked on 4th and goal to end the game.

On a cold, windy and snowy night, it was a defensive battle all night long.

Shakopee's defense stopped Wayzata on a 4th and goal of its own midway through the second quarter to keep the score at 0-0.

After that defensive stand, Wayzata forced Shakopee to punt from its own end zone which gave the Trojans good field position for its next drive.

Wayzata took advantage of that and scored on a 19-yard touchdown pass just before the end of the half for a 7-0 lead.

Shakopee tied it up at 7-7 on a 15-yard touchdown run by Seth Bakken.

The Trojans went up 14-7 in the fourth quarter on a 31-yard touchdown pass.

That's when the Sabers drove the ball to a first and goal but couldn't score to tie the game.

Shakopee finished the game with 179 total yards (162 rushing) in the loss to Wayzata. The Trojans gained 302 yards against the Sabers.

Next up for the Sabers is Edina on Wednesday night at 7 p.m. in Edina.

The winner of that game should get the No. 3 seed for the upcoming playoffs.