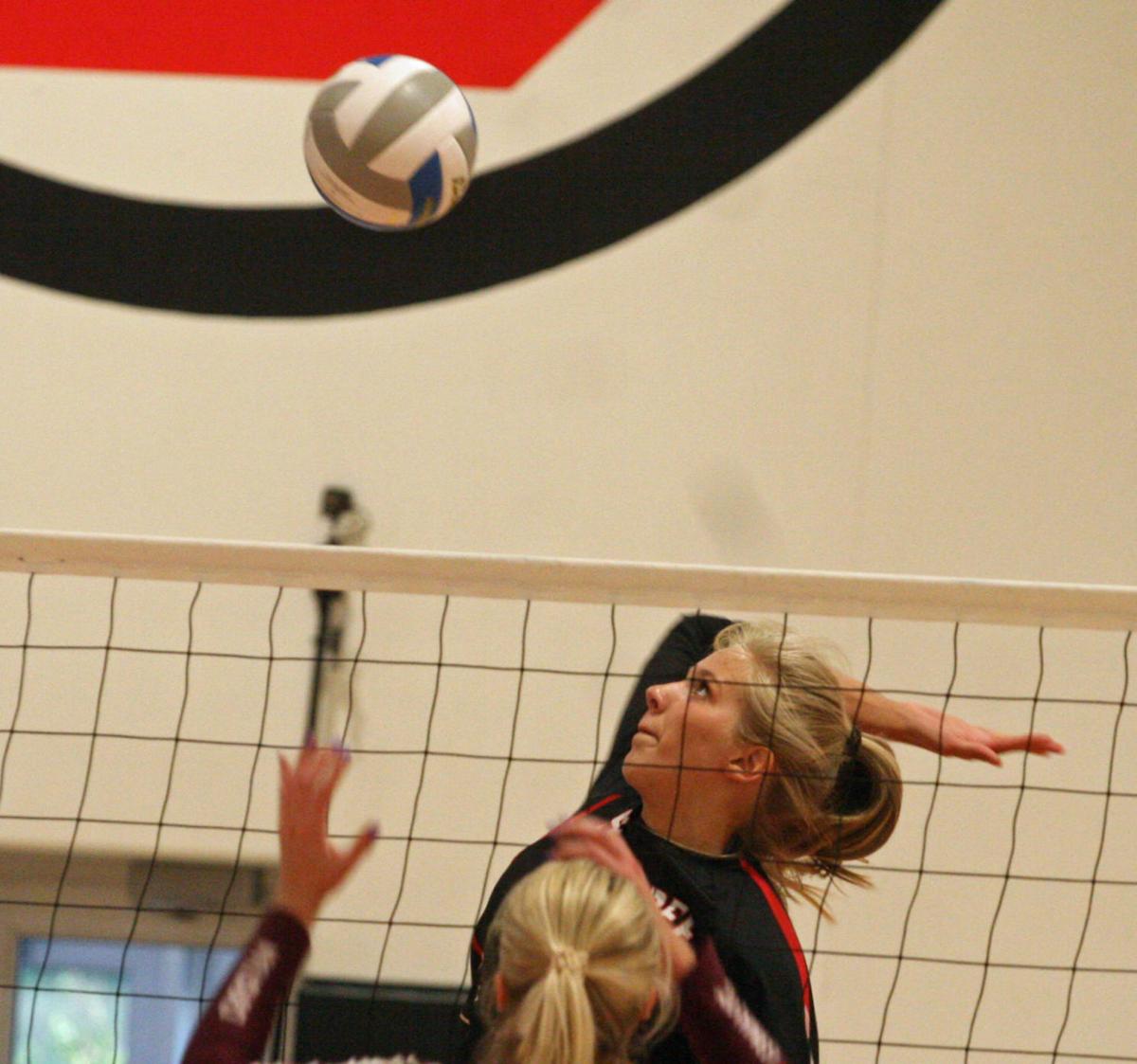 Junior Maddie Lipetzky had 227 kills and 92 blocks for Shakopee last season in the team’s 22-6 campaign. 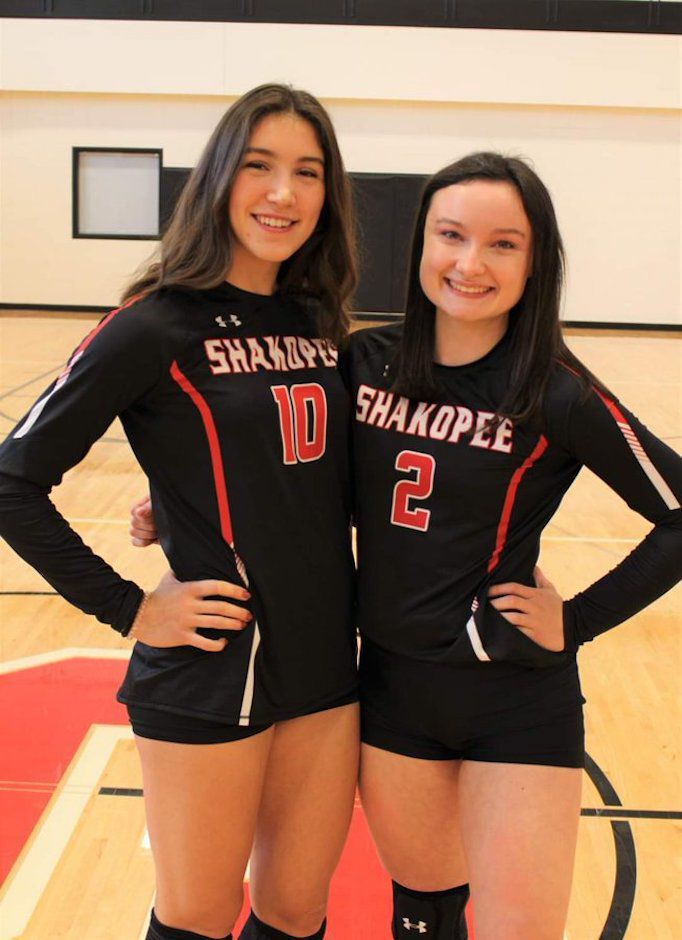 Seniors Ary Forsberg (10) and Sarah Hansen are captains for Shakopee this season.

Junior Maddie Lipetzky had 227 kills and 92 blocks for Shakopee last season in the team’s 22-6 campaign.

Seniors Ary Forsberg (10) and Sarah Hansen are captains for Shakopee this season.

The Shakopee High School volleyball team has the talent to be a contender in the highly competitive South Suburban Conference.

But it won’t be easy for the No. 7-ranked Sabers. Three other teams from the SSC are ranked in first Class 3A poll, including No. 1 Eagan, No. 3. Lakeville North and No. 5 Lakeville South.

Shakopee finished 8-1 in the SSC last fall, taking second behind Eagan. The Sabers were the No. 1 seed in Section 2AAA, but were upset in the quarterfinals by Chaska and finished the year with a 22-6 overall record.

“We had a terrific run in 2019 living in the top 10 all season,” Sabers coach Matt Busch said. “We had an 8-1 record in the tough SSC losing only to Eagan. We got the No. 1 seed in the very challenging Section 2AAA, but had a disappointing loss in the first round to Chaska.

“Ball control and strong blocking were strengths last year,” Busch added. “We return both middles and one outside hitter as well as two of our three passers.”

Due to the ongoing pandemic, the regular season this fall has been shortened to just 14 matches. In a normal season, teams play as many as 26, which includes three to four tournaments, before starting the playoffs.

Busch and his team are thankful to have a season, and will look to make the most of it.

“One of the best things about Shakopee volleyball is its many proud fans who pack the gym year after year,” Busch said. “We have loved playing in front of big crowds night after night. Everyone knows that our girls play amazing and that we’d like to think that any year can be a state tournament run.

“While it will be disappointing to play in a quiet gym and with no state tournament to culminate (the season), everyone understands that having a season is a gift,” Busch added. “We want to capitalize on each practice and match that we have together. We hope to stay healthy, but have buffed up our bench in case we need to fill starting gaps.”

Senior Anna Rolley and junior Maddie Lipetzky are back to lead the Sabers. Rolley finished last fall with 232 kills and 31 blocks. Lipetzky had 227 kills and 92 blocks.

Senor Ary Forsberg is also a strong offensive player. She had 117 kills and 74 blocks last year.

Seniors Sarah Hansen and Tabitha Heller are strong on the back line for Shakopee with 192 and 176 digs, respectively last fall.

Junior Emma Horning will look to take over the starting setting duties, while junior Nicole Christy and senior Brenna Bieniek are expected to contribute as outside hitters.

“With two solids setters to run a tall, quick and agile offense, we look to be more balanced all around,” Busch said. “Our team will have several veterans with all juniors and seniors rounding out the roster. This is a positive, hard working, and smart group of student-athletes who are highly motivated to utilize the gift of this fall season.”