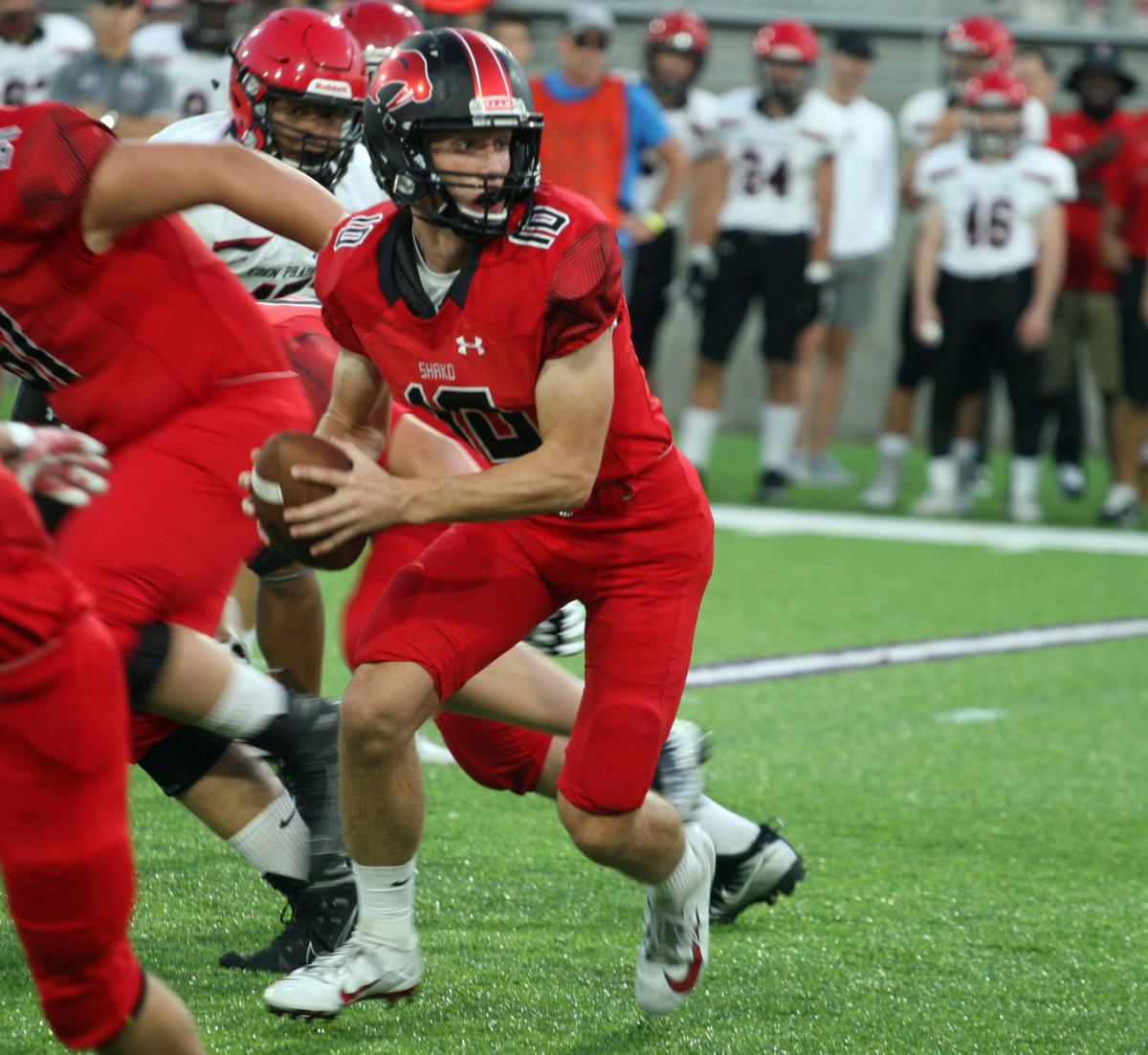 Senior David Bigaouette is back at quarterback this fall for Shakopee. He helped the Sabers make the state field last year for the first time since 1981. 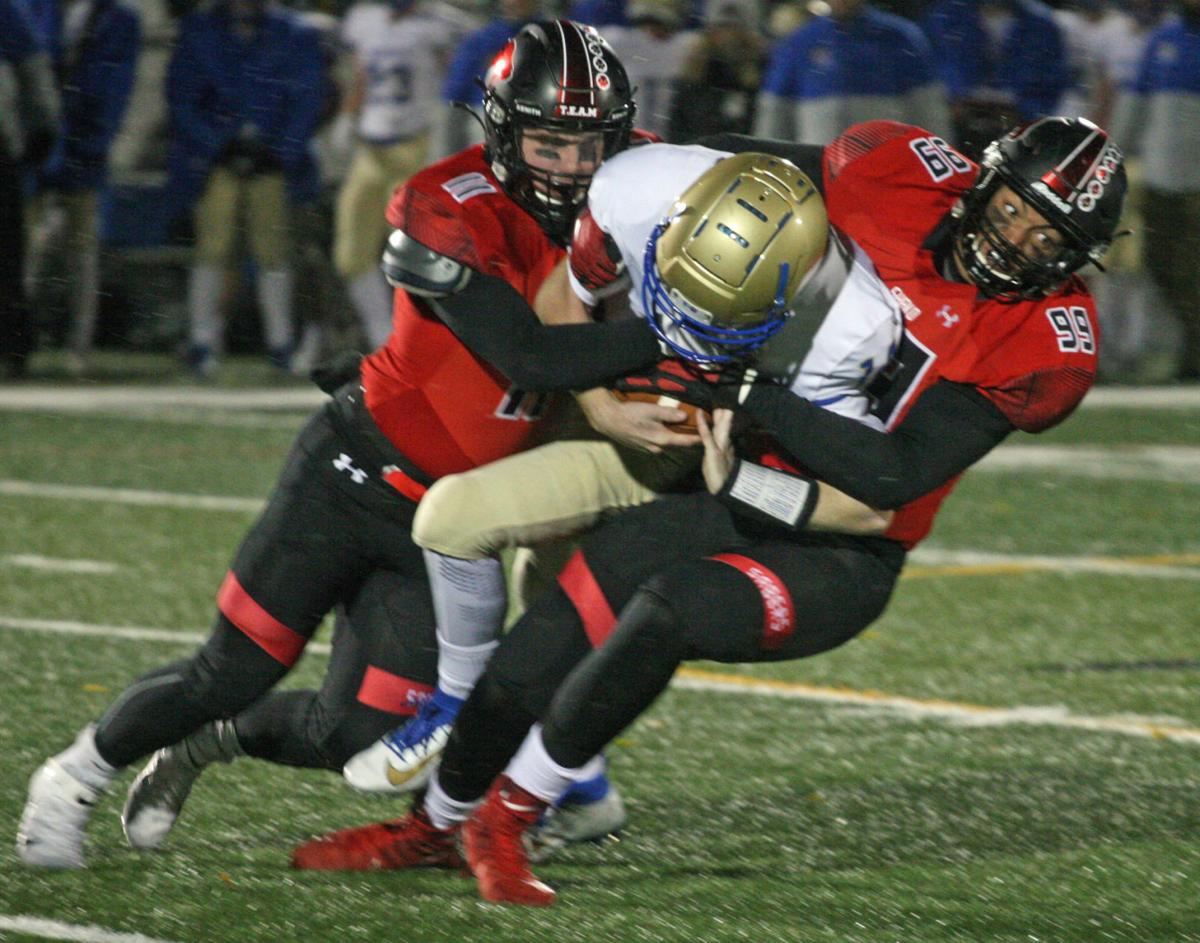 Senior Deven Eastern (99) is back to help the Shakopee defense this fall.

Senior David Bigaouette is back at quarterback this fall for Shakopee. He helped the Sabers make the state field last year for the first time since 1981.

Senior Deven Eastern (99) is back to help the Shakopee defense this fall.

The Shakopee football team is looking to continue its upward trend.

Last season, the Sabers made the state field for the first time since 1981 when they upset top-seeded Totino Grace 21-6 in the second round of the Class 6A tournament. Shakopee lost in the state quarterfinals, falling 9-7 to Lakeville North.

The Sabers finished last fall with a 5-6 mark overall. The program has had just one winning season since the Minnesota State High School League added a sixth class to football back in 2012.

That came in 2013 when the Sabers were 5-4 overall, losing in the first round of the playoffs to rival Prior Lake.

Shakopee has an overall record of 30-50 over the last eight seasons, including 3-8 in the playoffs.

However, Sabers coach Ray Betton is excited about the talent back this fall, especially on the offensive side of the ball. The hope for his team is that last year’s playoff run will carry over into this season.

“The strength of this team will be with our offense,” Betton said. “We return nine of 11 starters.”

Senior Michael Pennington will also be part of the receiving group.

Betton also has high hopes for sophomore Jadon Helle in the backfield, along with senior Trevon Lusian and junior Chandler Ross.

Defensively, the Sabers have a few more holes to fill, but do have three starters back in senior defensive lineman Deven Eastern, senior linebacker Ethan Mostrum and senior defensive back Ashton Schriever.

Schriever will also see some time on offense as a receiver.

The Sabers were 1-5 in the Metro West District standings last year, a record Betton hopes to improve this fall.

“The goal every year is to win the West Metro District and get to the state tournament,” he said.

But there will be no state tournament this fall due to the ongoing coronavirus pandemic. The MSHSL originally pushed football back to the spring in a board of directors meeting back in early August, but the league reversed that decision Sept. 21.

Shakopee’s season consists of six regular season games and a section playoff. The Sabers’ home games are versus St. Michael-Albertville (Oct. 9), Minnetonka (Oct. 23) and Edina (Nov. 11) and the road contests are at Eden Prairie (Oct. 16), at Stillwater (Oct. 30) and at Wayzata (Nov. 6).

Betton said his team has been able to handle the adversity of not knowing how this season would take shape.

“The players have done a great job preparing even with the season switch,” he said. “These players are super pumped for the season, although we know it will be different with no student section and Saber Nation at games.”