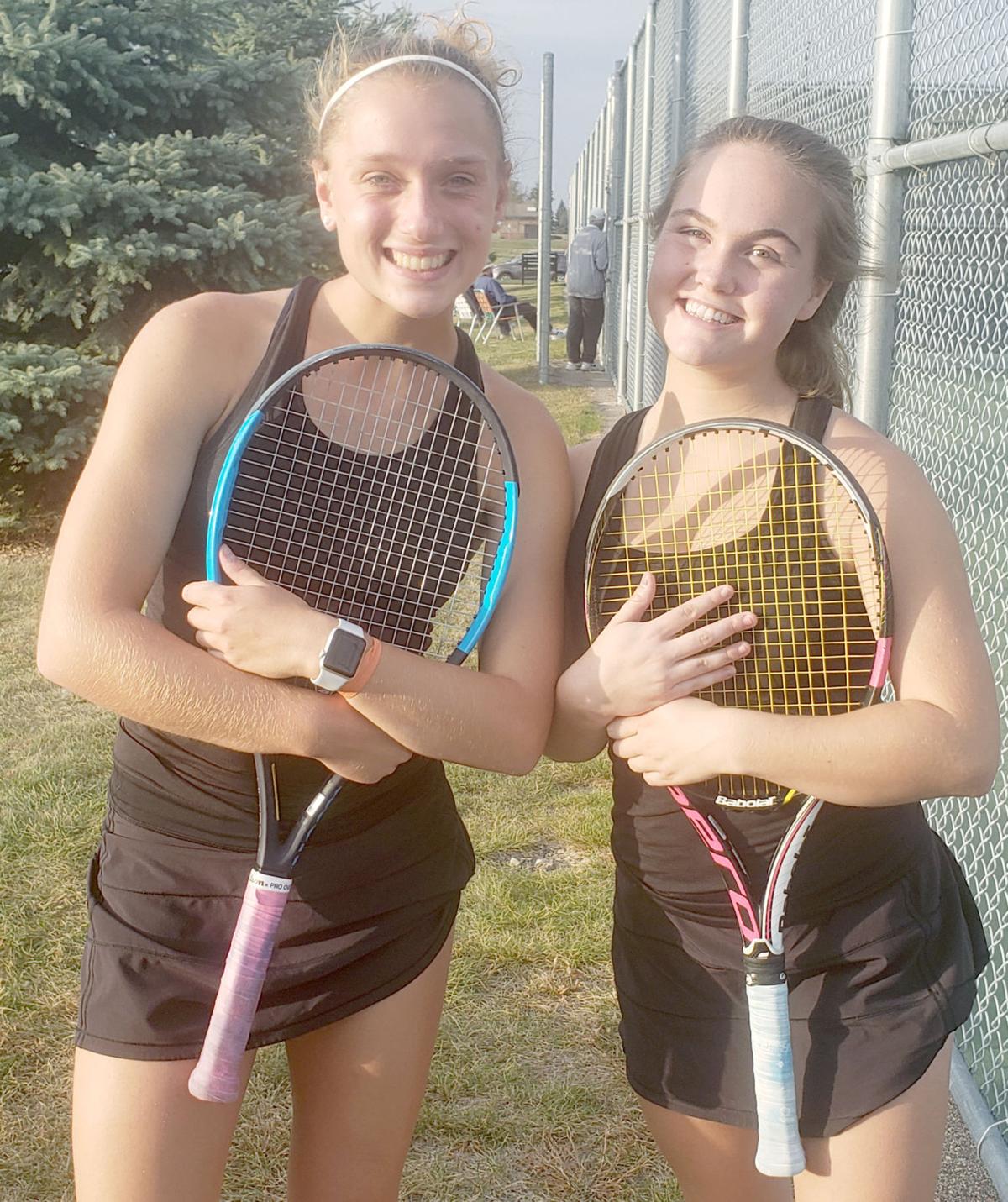 Shakopee’s top doubles team of Maddy Bergien and Sam Krocak won 6-3, 6-0, helping the Sabers advance in the Section 2AA Tournament with a 6-1 team win over Chanhassen. 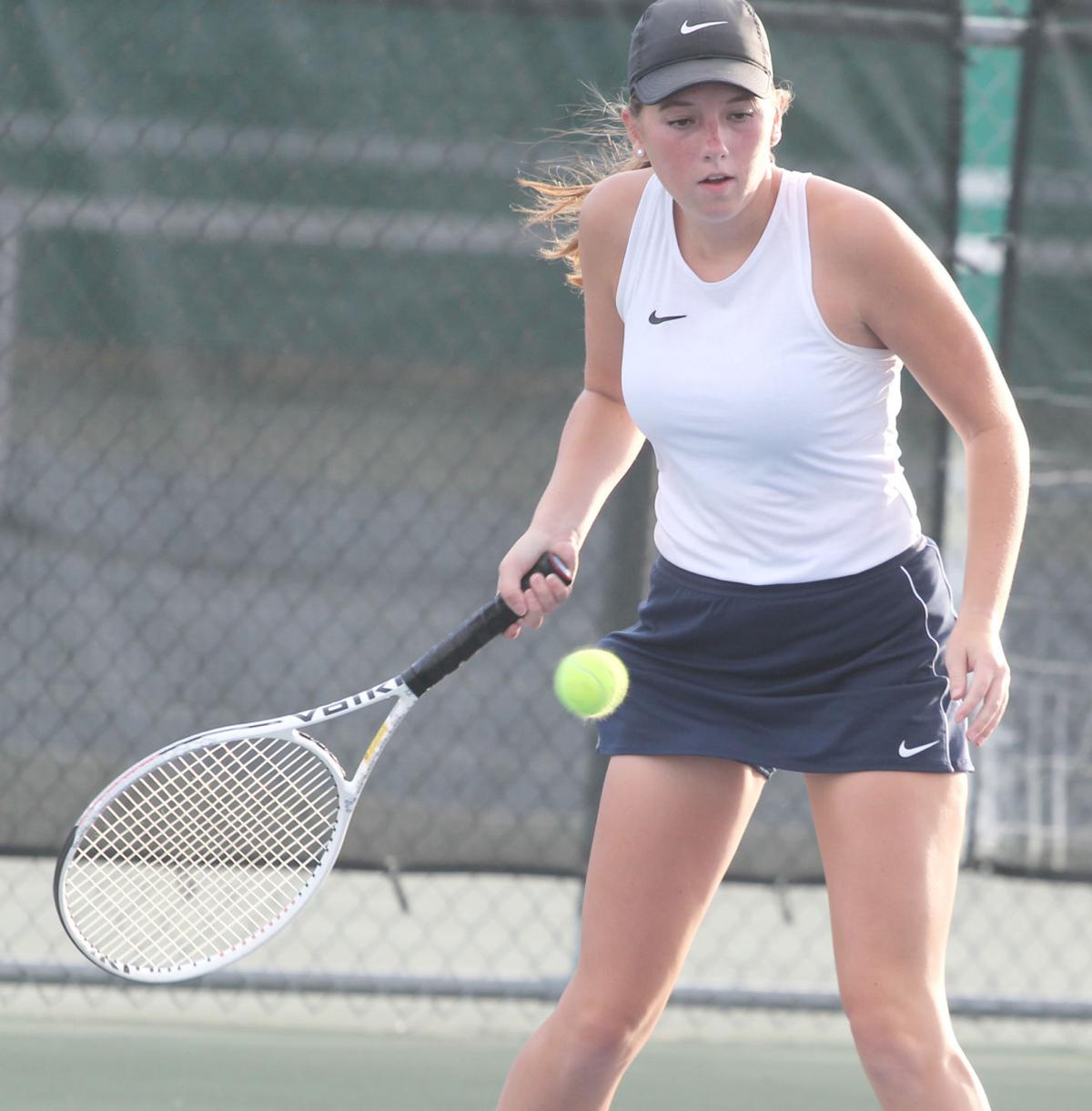 Chanhassen's Alaina Gerding scored a team point in the first round of the Section 2AA Tennis Tournament, a 6-4, 6-4 decision at third singles. 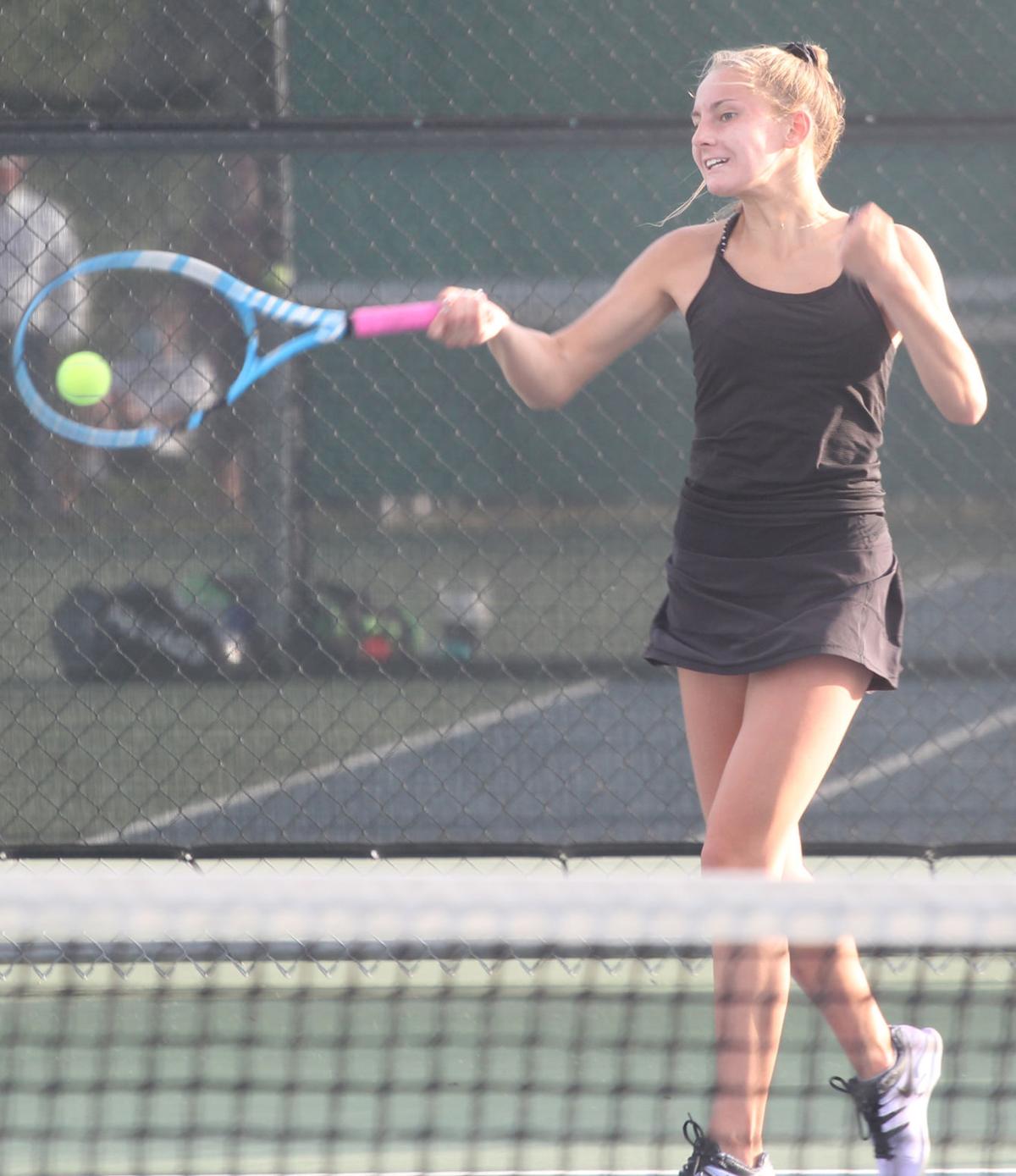 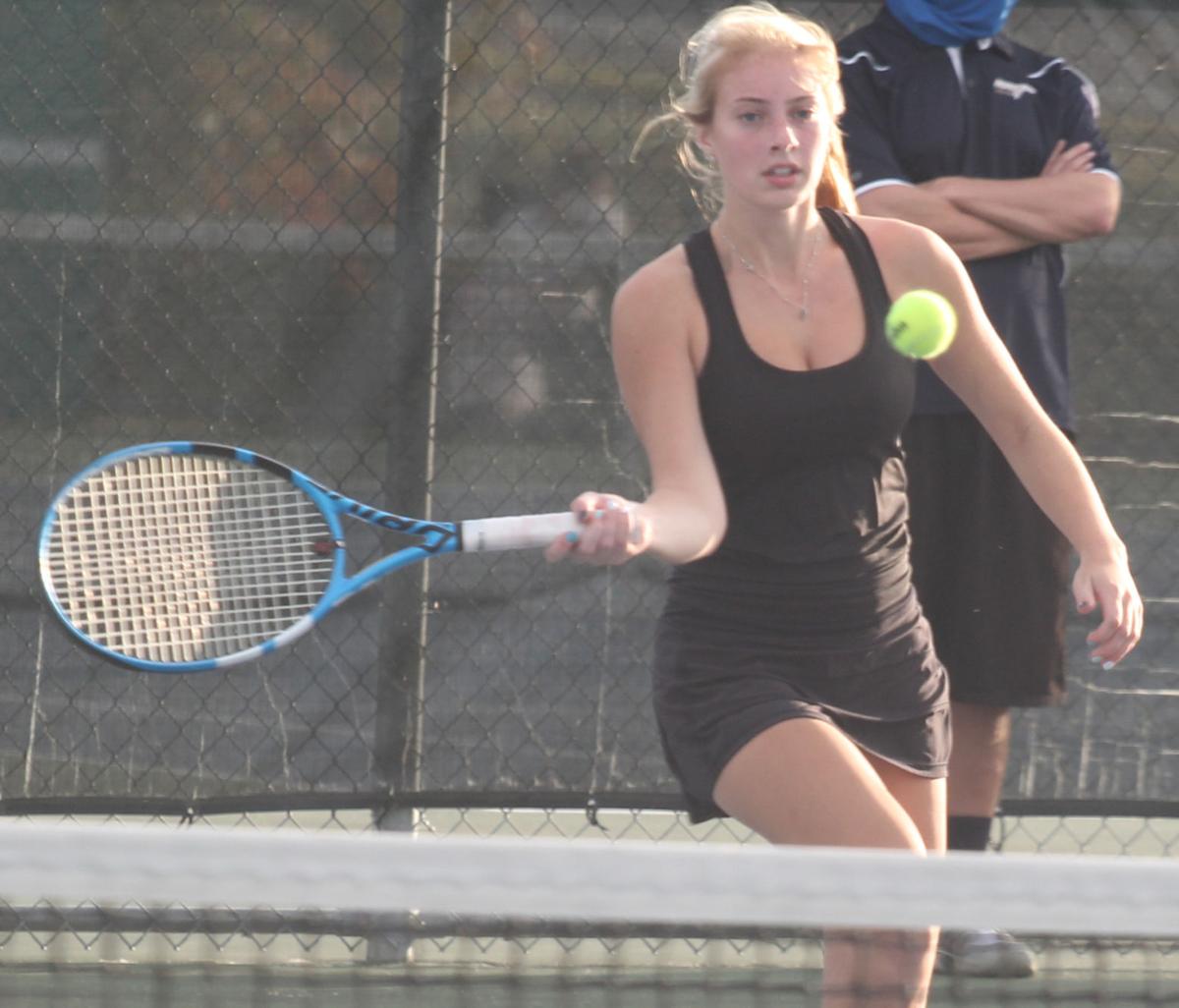 Senior Delaney Jossert won at second singles for Shakopee in her final home match of her career on Oct. 6 against Chanhassen.

Shakopee’s top doubles team of Maddy Bergien and Sam Krocak won 6-3, 6-0, helping the Sabers advance in the Section 2AA Tournament with a 6-1 team win over Chanhassen.

Chanhassen's Alaina Gerding scored a team point in the first round of the Section 2AA Tennis Tournament, a 6-4, 6-4 decision at third singles.

Senior Delaney Jossert won at second singles for Shakopee in her final home match of her career on Oct. 6 against Chanhassen.

Maddy Bergien lost her junior track season to the COVID pandemic. So when asked what her most memorable moment as a senior tennis player, the Shakopee senior gave an appropriate answer for it all.

"I feel like we were blessed this season. The team got along really well, and that wasn't always the case with teams we played and it showed. ... Tennis became a safe haven for me," she said.

Bergien, who played singles all the way through her high school tennis career, was paired up with fellow classmate Sam Krocak this fall in the first doubles position.

Their first match, against Eagan, stood out above the rest. Naturally, being their first experience together.

"It definitely showed that Maddy and I were playing our first match together, but we really started coming together, got on the same page," Krocak said.

Bergien said having a season was also good practice for her future tennis endeavors. She was connected with the University of Minnesota-Duluth program through Shakopee Tennis Association Director Drew DeCorsey -- Jordan High School's first state tournament tennis participant -- and plans to hit with Bulldog players, hoping to call Duluth home next season.

For Bergien and Krocak, the fall tennis season was some normalcy in a world that hasn't been normal recently. There were no spring activities, no Prom, no graduation ceremony for the Class of 2020 and this fall already learning has been from a distance.

Any and all craziness seemed to disappear when they reached the tennis courts.

"I think with what happened in the spring, with all of the teams losing their season, just being out here was a win, even if we did get (section) individuals cut. Looking at other sports, how they've had to take two-week breaks, I'm glad we were able to keep playing through," Krocak said.

The seventh win came in a 6-1 decision over Chanhassen in the Section 2AA North quarterfinals Oct. 6. The Sabers, the No. 3 seed, swept the doubles side of the line-up in straight sets.

"It was a bit weird going from sometimes five matches a week to just two this year, which was an adjustment, but it was good to get more practice time. It was different, but it is what it is," said Bergien, who also mentioned the lack of team bonding events as the toughest casualty of the season.

Senior Gracie Scott and Holly Schmidt won 6-3, 6-3 for Shakopee over Chanhassen juniors Savannah George and Ellie Rathbun. Anna Yun and Grace Grosskurth scored a 7-5, 6-1 victory for the Sabers as well.

Lilly Allen prevailed at No. 1 singles for the Sabers over Chanhassen senior Lauren Spear 6-1, 3-6, 10-7 for the final point.

The Storm got a straight sets win from Alaina Gerding in a 6-4, 6-4 finish over Shakopee's Cambelle Jossart.

Shakopee is at Orono in the second round of Section 2AA play on Oct. 8 at 4 p.m. Other North sub-section winners were Minnetonka and Prior Lake, a 4-3 decision at Eden Prairie.

The Sabers had their season end in the 2018 team playoffs in Orono. Bergien, wearing a walking boot before the match, played No. 1 singles that season. So you could say the excitement level for another shot at Orono is high.

Going up against the No. 1 team in the state of Minnesota, Chaska scored three game victories in a 7-0 loss at Minnetonka Oct. 6.

Ireland Altenburg paired up with Reese Williams, taking two games in the first set against the Skippers' top pairing of Karina Elvestrom and Kelsey Phillips.

Chaska's Kendall Thom and Kaitlyn Wisdorf also won a game in the second set in a match with Minnetonka's Sarah Bernet and Meghan Jurgens.

Next up for Minnetonka is a playoff match versus Prior Lake, a 4-3 winner over Eden Prairie, at 4 p.m. on Thursday, Oct. 8.