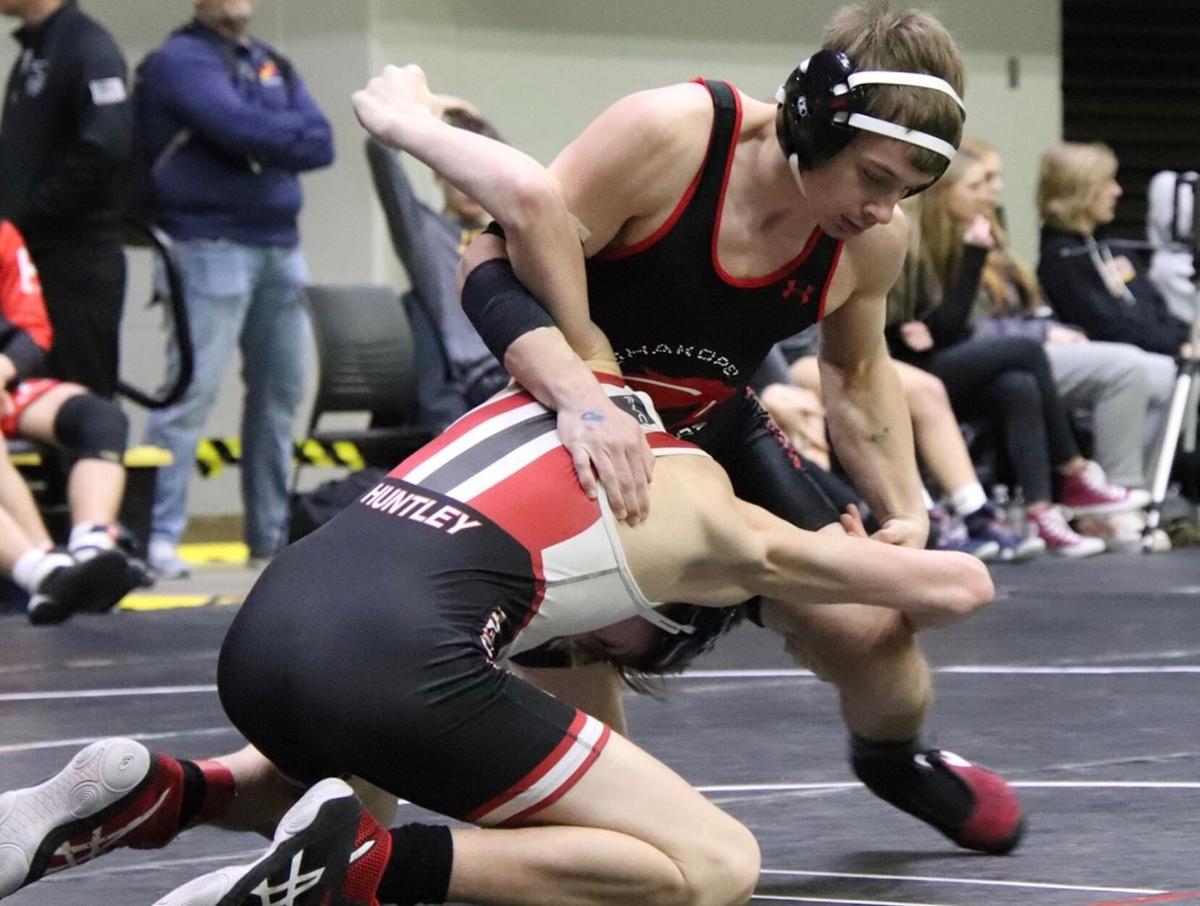 Junior AJ Smith won all six of his matches for Shakopee Jan. 7-8 at The Clash National Duals in Rochester, helping the Sabers win four of six matches. 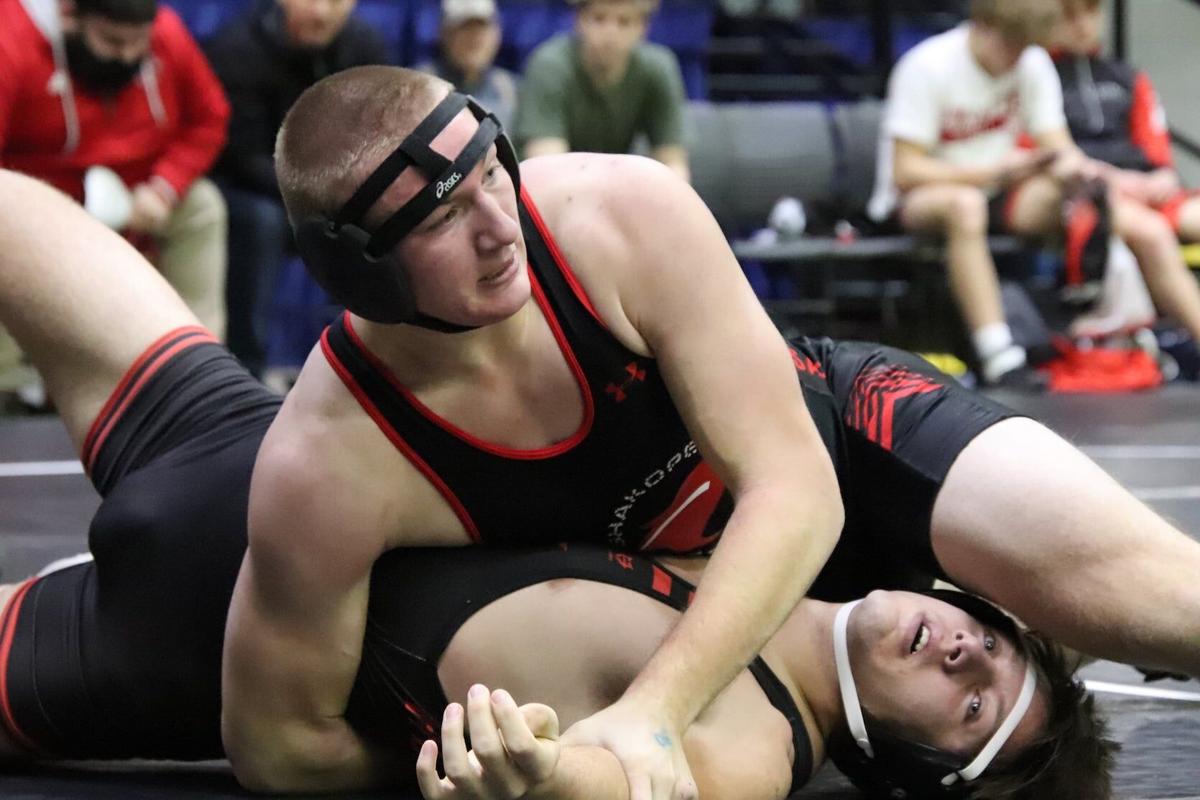 Senior Luke Steinhoff won by fall at 195 pounds for Shakopee in the team’s 55-18 win over Huntley, Illinois, at The Clash National Duals Jan. 7 in Rochester.

Junior AJ Smith won all six of his matches for Shakopee Jan. 7-8 at The Clash National Duals in Rochester, helping the Sabers win four of six matches.

Senior Luke Steinhoff won by fall at 195 pounds for Shakopee in the team’s 55-18 win over Huntley, Illinois, at The Clash National Duals Jan. 7 in Rochester.

The Shakopee wrestling team more than held its own in one of the top duals tournaments in the country.

The Sabers won four of six matches at The Clash National Duals in Rochester Jan. 7-8, finishing ninth out of 30 teams. Shakopee finished third in Bracket B on the first day of competition with a 2-1 record and then won two of three matches the next day.

The Sabers own a 15-3 overall duals record, including 1-0 in the South Suburban Conference, under first-year coach Alex Van Krevelen.

Shakopee, winners of the last three Class 3A state titles, is ranked No. 3 in Class 3A behind No. 1 St. Michael-Albertville and No. 2 Waconia.

The Sabers and Waconia are the only two teams ranked from Section 6AAA, so they look like they could be on a collision course come time for the postseason.

Last spring, the Minnesota State High School League reclassified sections for all sports and the Sabers were moved out of Section 2AAA and into 6AAA. Shakopee had won the last four Section 2AAA crowns.

The Sabers have won the last five SSC titles. The team’s one SSC win so far this season is against No. 9 Apple Valley back on Dec. 2.

Meanwhile, at the national duals, Turzinski and Smith each won all six of their matches. Hellerud did not compete for the Sabers due to injury.

Shakopee faced Huntley, Liberty and Staley in bracket competition on the first day.

In the win over Liberty, Smith earned a fall at 126 pounds, which sealed the victory for the Sabers.

Matches at the national duals don’t always start at 106 pounds and go up like they do in MSHSL competitions. A flip decides what weight the match will start at and they go up to heavyweight, then back down to 106.

In the loss to Staley, Shakopee had more wins by fall (3) and only gave up one. But Staley won nine of the 14 matches.

Shakopee followed with the loss to Marshfield. That team won three of the final four matches, two by fall, to pull out the victory.