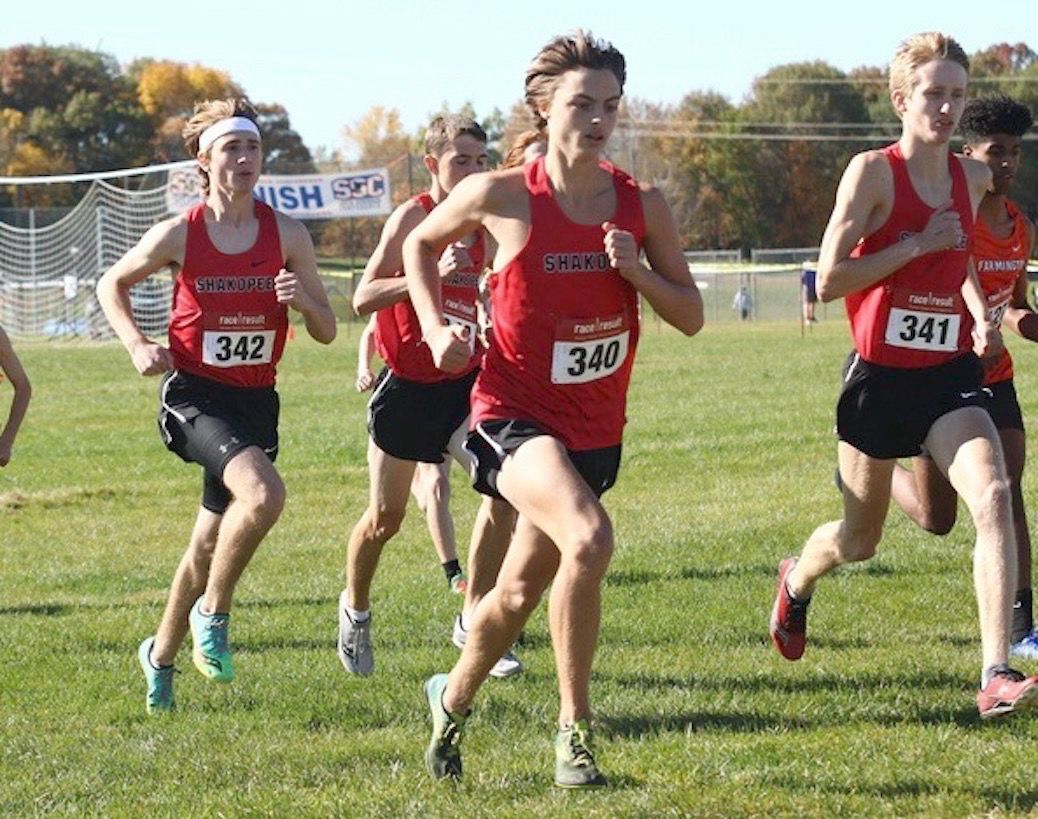 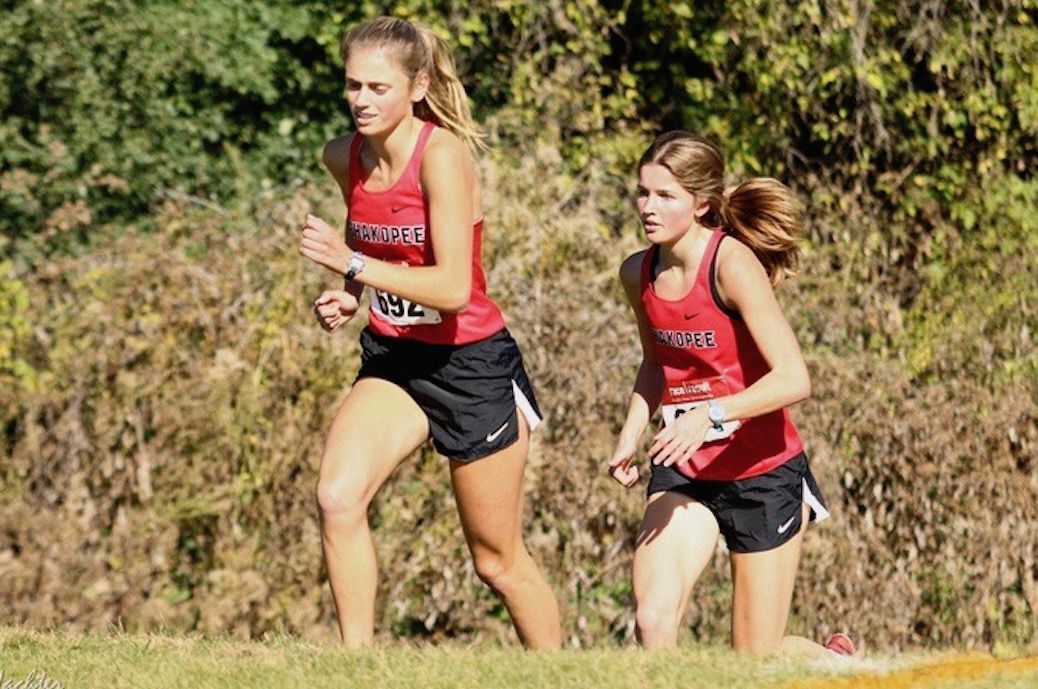 Seniors Jayda Becker (front) and Carly Gorter run together for Shakopee at the South Suburban Conference Championships in Eagan Oct. 10.

Seniors Jayda Becker (front) and Carly Gorter run together for Shakopee at the South Suburban Conference Championships in Eagan Oct. 10.

Benjamin Palmieri should have had one more race to run for the Shakopee boys cross country team.

But instead, the senior will have to settle for just qualifying for the Class AA state meet instead of actually participating in it.

Due to the ongoing coronavirus pandemic, the cross country season ended for all teams in the state at the section level. There will be no state competition.

Palmieri finished seventh overall at the Section 2AA race Oct. 13 at Gale Woods with a time of 17:01.3 on the 5,000-meter course. He led the Sabers to a seventh-place finish in the team standings out of 17 schools with 210 points.

It would have been Palmieri’s first appearance on the Class AA state course at St. Olaf College in Northfield. On the girls side, senior Jayda Becker made state last year for the Sabers.

In the girls section race, Becker finished 20th with a time of 20.40.6 and would have missed a second straight state berth. The Saber girls were fifth in the team standings with 184 points. Waconia won (48), followed by Chanhassen (74).

Shakopee coach Zachary Haskins said both of his teams performed strong all season long, despite dealing with the uncertainty of the pandemic and having to alter how they they train.

Only three teams raced at a time during the regular season meets, as well in the South Suburban Conference Championships and the section competitions.

“It was definitely an adjustment because athletes had to learn how to race with just a few other athletes or completely by themselves,” Haskins said. “There definitely seemed to be a bigger focus on racing against the clock compared to racing against others.

“Overall, I was very impressed by our athletes’ ability to stay positive and focused despite all the changes this fall,” Haskins added. “The team did a great job handling the restrictions. The hardest things for them to accept were the limitations around team bonding events.”

In the SSC Championships Oct. 10 at Eagan High School, the Shakopee girls were seventh in the team standings, while boys were ninth.

So the Shakopee girls have two young runners to build around next fall.

“This is my first year coaching the girls team,” Haskins said. “I believe that it can be challenging for a team to see a lot of improvement in the first year of a new training program and coaching. However, with these changes, many of the girls saw some big improvements.

“We did have a lot of seniors and some athletes who will be back next year on the varsity team,” Haskins added. “The holes on our team that are left by the girls leaving will be hard to fill, but I believe that there are a lot of girls who are ready to step up to face that challenge.”

Seniors Mikayla Gillson, Katelyn Buth, Carly Gorter and Katelyn Lindquist ran their last races for the Saber girls at sections. Ninth-graders Emily Hubmer and Ellie Hall and sophomore Sarah Savage competed in the varsity race in the SSC Championships for Shakopee and will look to have bigger roles next fall.

On the boys side, Palmieri was the only senior in the Sabers’ section lineup. The other six runners included juniors Zach Yuza, Dan Olfert, Ryan O’Connor and Nicholas Miller, ninth-grader Quinn Froats and eighth-grader Kyle Messner.

Sophomore Braden Burger ran in the varsity race at the SSC Championships for the boys.

“The boys team took another step forward this year,” Haskins said. “Our top runner (Palmieri) had some big improvements this year. He improved his time down to 16:26 compared to his mid-17’s time from last year.

“We also had many boys pushing each other and seeing some major drops in time,” Haskins added. “We will lose our top runner, but I do think that we can be stronger as a team next year if our athletes put in the work throughout the offseason.”