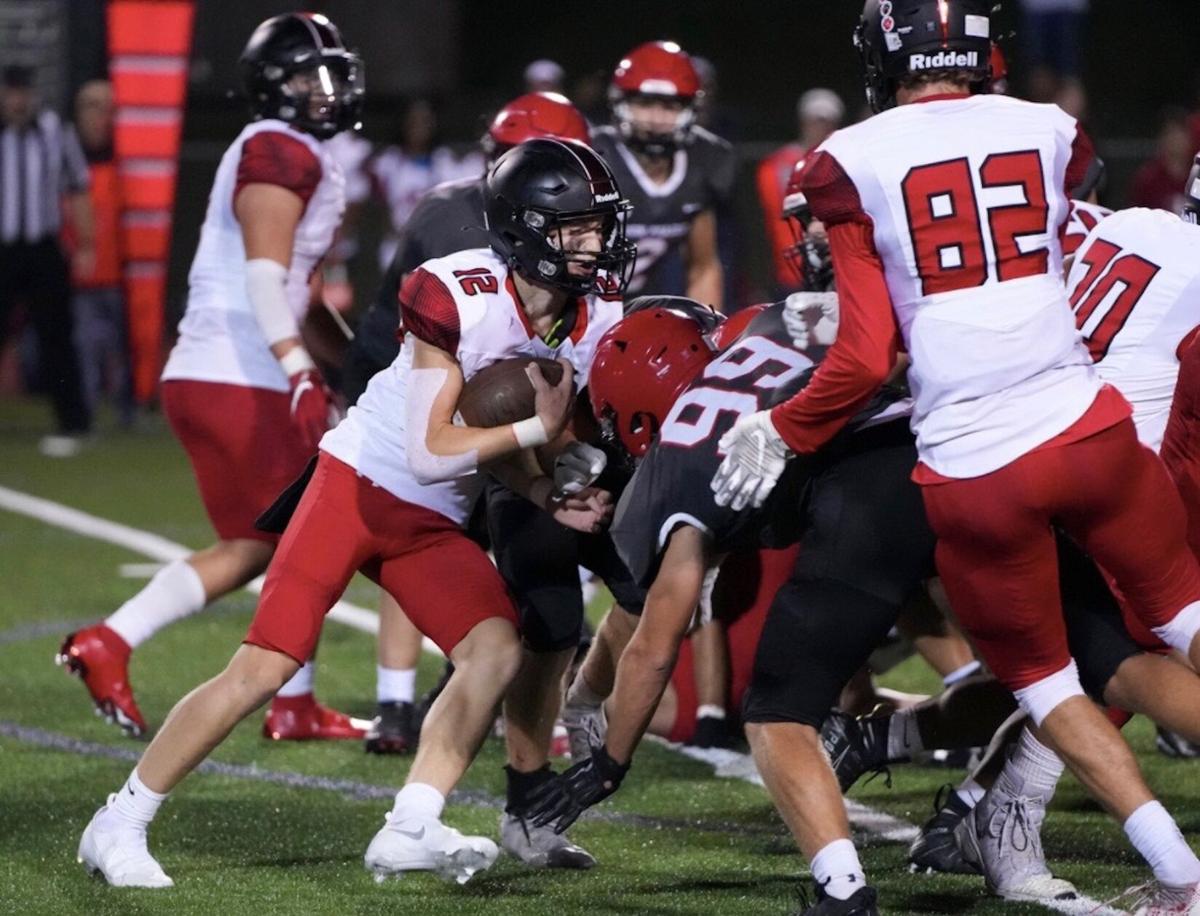 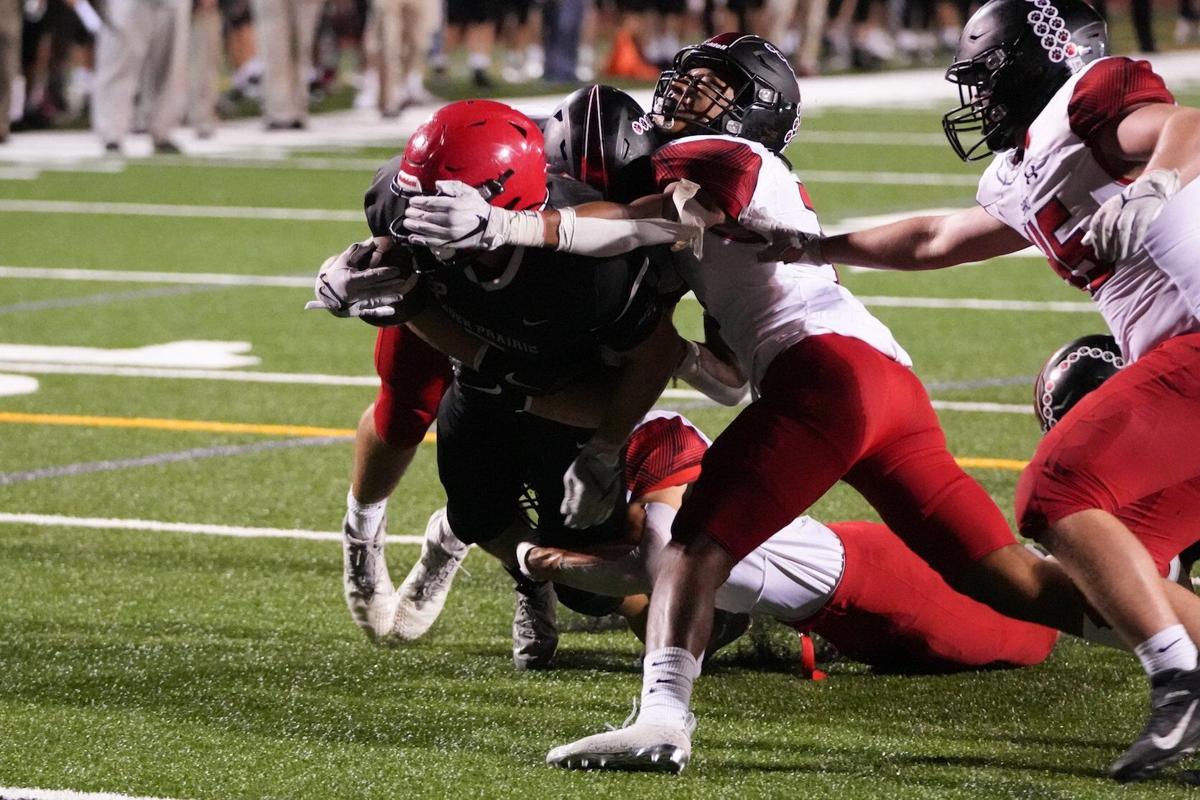 Junior Garrison Monroe (7) tries to help with a tackle near the end zone in Shakopee’s 23-0 loss at Eden Prairie Oct. 9. 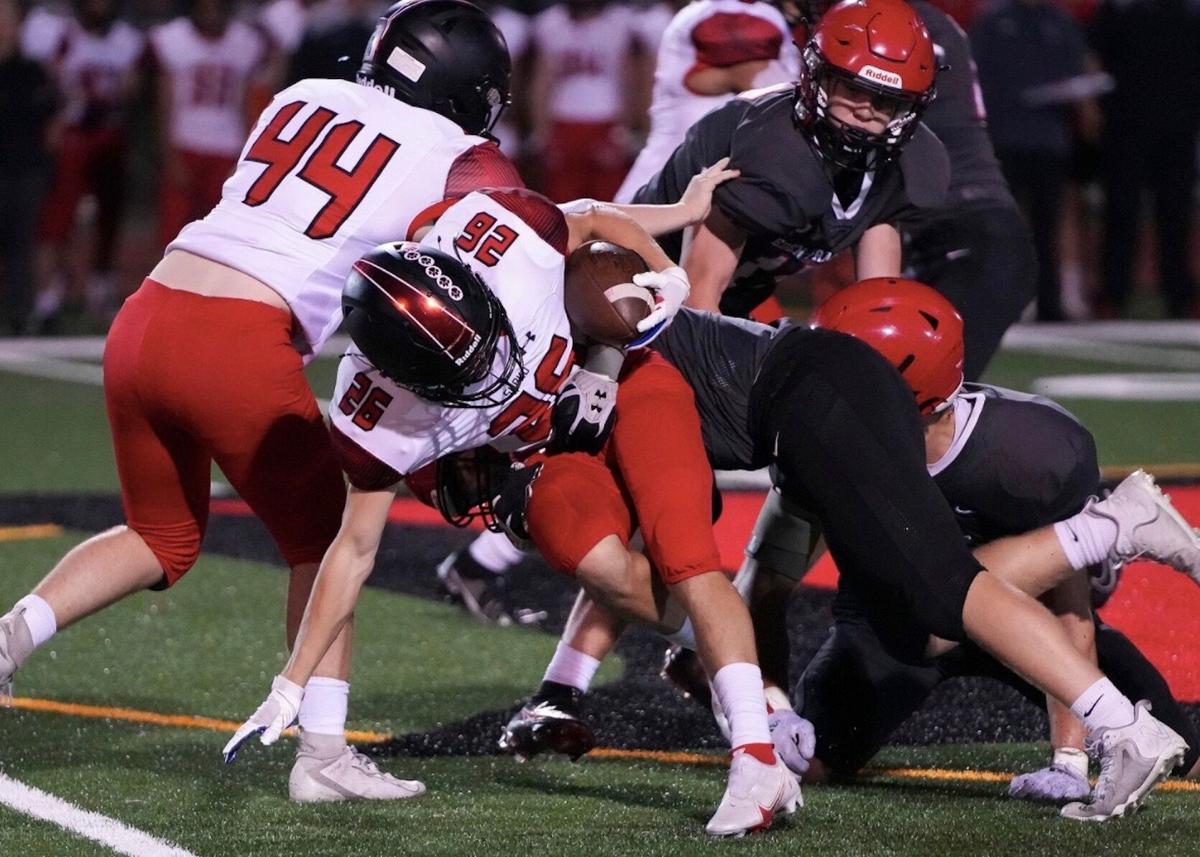 Senior Aaron Lee battles to stay on his feet in Shakopee’s 23-0 loss at Eden Prairie Oct. 8.

Junior Garrison Monroe (7) tries to help with a tackle near the end zone in Shakopee’s 23-0 loss at Eden Prairie Oct. 9.

Senior Aaron Lee battles to stay on his feet in Shakopee’s 23-0 loss at Eden Prairie Oct. 8.

The Shakopee football team ran out of steam offensively Oct. 8 in suffering its first loss of the season.

The No. 2-ranked Sabers couldn’t get anything going offensively, but hung around for three quarters on the road at No. 3 Eden Prairie. But in the end, the perennial power Eagles pulled away with a 23-0 victory.

Shakopee dropped to 5-1 overall with two games left in the regular season — at home to No. 1 and unbeaten Lakeville South (Oct. 14) and at Eagan (Oct 20).

The Class 6A playoffs start Oct. 29. The Sabers will get a home playoff game, but where will the team be seeded among the eight Section 6 teams?

The Sabers are 2-1 against section teams with their wins over Prior Lake and Edina.

Shakopee lost quarterback Dominic Jackson in its 42-14 victory at Edina Oct. 14. The junior led the Sabers to 45, 49 and 63 points in their first three games before suffering a season-ending knee injury against Edina.

Shakopee has just one touchdown in its last two games. That came in a 9-0 win over Lakeville North Oct. 1.

Junior running back Jadon Hellerud scored it. He went into the Eden Prairie game with 764 yards rushing and eighth touchdowns, but the Eagles made sure he was held in check.

Eden Prairie held a 9-0 lead at the break, getting all nine points in the final 3:43 of the second quarter. The first came on a 3-yard touchdown with the extra point being missed.

The Eagles got the ball back with under a minute to go and drove 65 yards down the field to get a 19-yard field goal as time expired.

Shakopee is 0-11 in its history against Eden Prairie, the 11-time state champions since 1996.