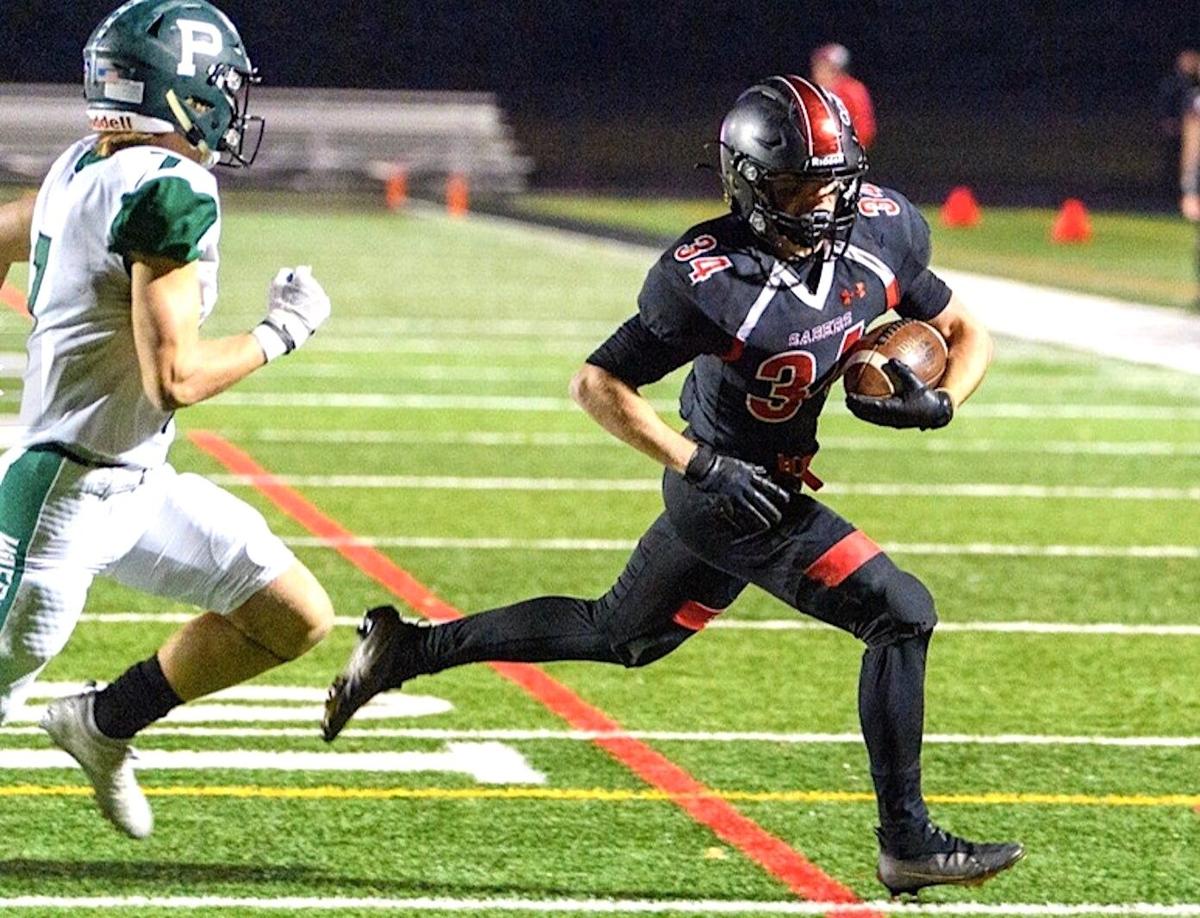 Junior Caden Lang breaks free toward the end zone in Shakopee’s 50-21 home over Park to open the Class 6A playoffs Oct. 29. 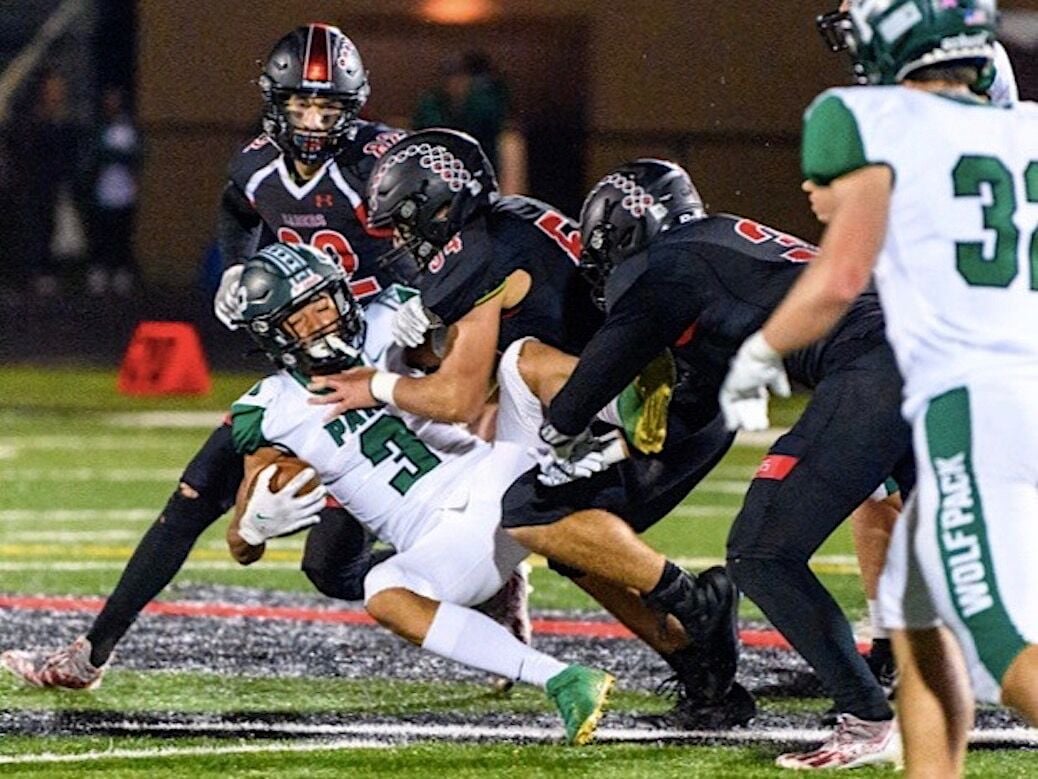 Senior Cole Sutrick makes a tackle with some help from senior Sam West in Shakopee’s 50-21 home win over Park to open the Class 6A playoffs Oct. 29.

Junior Caden Lang breaks free toward the end zone in Shakopee’s 50-21 home over Park to open the Class 6A playoffs Oct. 29.

Senior Cole Sutrick makes a tackle with some help from senior Sam West in Shakopee’s 50-21 home win over Park to open the Class 6A playoffs Oct. 29.

The Shakopee football team didn't need to put the ball in the air too much to open the Class 6A playoffs.

The Sabers had four ball carries with 60 or more yards and six different players score a rushing touchdown. Junior Jaden Hellerud led the way with 17 carries for 95 yards and two scores.

The Sabers are seeking their third straight berth. The team lost in the state quarterfinals in 2019, falling 9-7 to Lakeville North.

There was no state tournament last year due to the COVID-19 pandemic, but the Sabers would have qualified after winning their first two Class 6A playoff games over Eagan and Champlin Park.

In beating Park, the Sabers led 14-0 after the first quarter and took a 35-0 lead into the break. Shakopee led 44-0 midway through the third quarter after getting a safety and a 9-yard touchdown run from junior Caden Lang, which was his only carry of the game.

Hellerud had touchdowns runs of 1 and 2 yards in the first half for the Sabers, his 13th and 14th scores of the season. He also went over 1,000 yards in the win. He's got 1,159 yards rushing on the season.

Katona didn't catch any passes in the game, but he went into it leading the team with 12 catches for 276 yards and seven scores through the air.

Junior Ari Gaiters capped off the scoring for the Sabers with a 34-yard scoring run with 43 seconds left to play in the third quarter. He finished the game with four carries for 78 yards.

Senior Chandler Ross, Jr. didn't get into the end zone, but he had five carries for 79 yards, while junior Brandon Johnson had 43 yards on five rushes. Wearing No. 70, junior Ethan Vanh even had a carry that went for 34 yards.

Sophomore quarterback Leyton Kerns had 28 yards on the ground and completed 2 of 7 passes for 53 yards. Senior Sam West had one catch for 28 yards, while senior Jonathan Wamsley had one grab for 25 yards.

Junior Hunter Grommesch was all over the field on defense for Shakopee with a team-best 23 tackles. Junior Jacob Ruud and senior Aaron Lee each had six tackles.

Katona and senior Owen Diede both had five tackles. Diede also forced a fumble, while junior Termaine Fulton Jr. had an interception.

Senior Owen Forsythe went 6 for 6 on extra points for the Sabers.