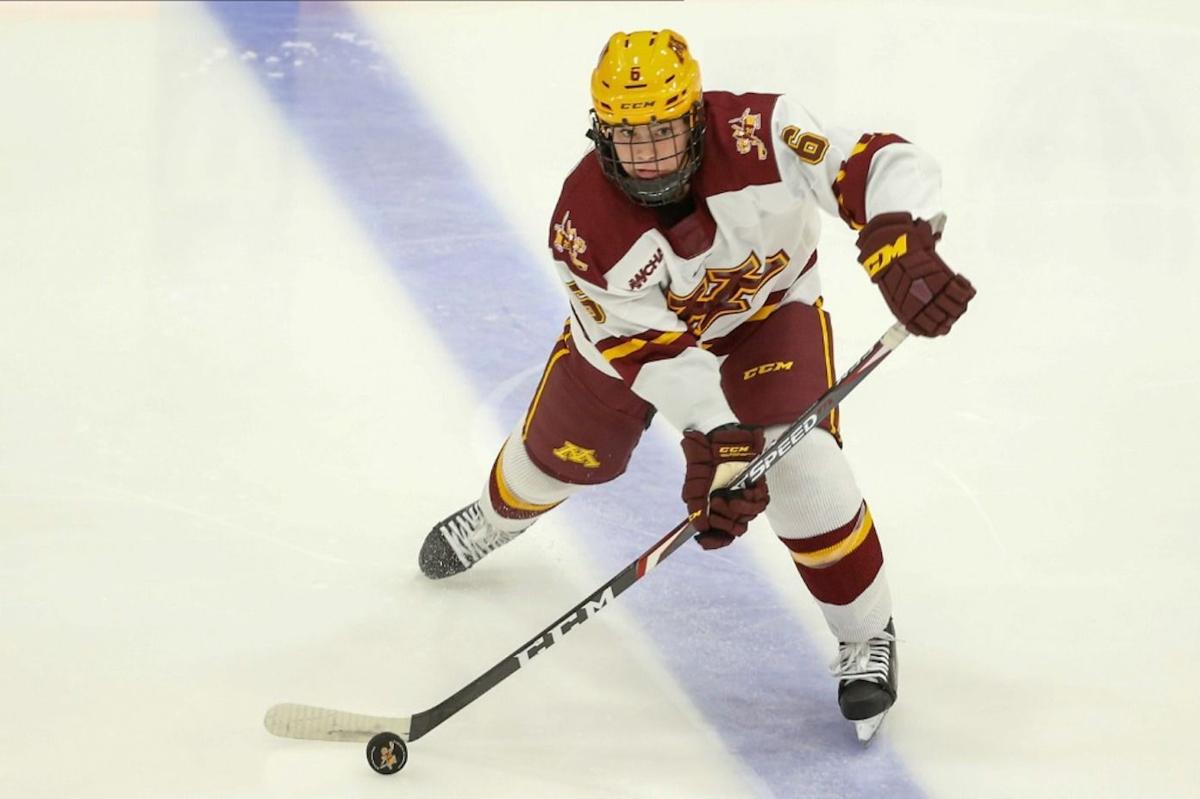 Gracie Ostertag of Shakopee is entering her third season as a defenseman for the University of Minnesota. 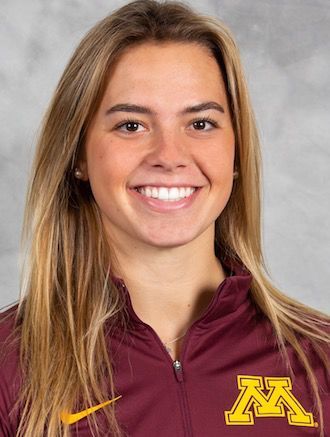 Gracie Ostertag will be on the ice Oct. 25-31, but not for the University of Minnesota women’s hockey team.

Instead, the defenseman from Shakopee will be skating in the 2021 U.S. Women’s National Team Evaluation Camp in Blaine. The hope is to make U.S. U22 Select team roster next summer, while the ultimate goal is to make the 2022 U.S. Olympic Team that will compete in Beijing, China.

“That is something I really hope could happen,” Ostertag said. “But the focus now is making the U22 roster. Last year, I was cut from that team.”

“The only thing I can control is my attitude and how hard I work,” Ostertag said. “Then we’ll see what happens.”

Ostertag has played on multiple U.S. select teams over the years. The 2018 graduate of Shattuck-St. Mary’s School in Faribault was a member of the U.S. Under-18 Team from 2016 to 2018.

Ostertag was named the best defenseman in the International Ice Hockey Federation Under-18 Women’s World Championships in 2018. She also competed for the U.S. U18 team three straight years in its annual three-game series against Canada’s national squad.

“It’s an amazing opportunity,” Ostertag said playing on those national teams. “You take them as an opportunity to grow and learn from some of the best players.”

Ostertag grew up playing hockey in the Shakopee youth system, before moving on to Shattuck-St. Mary’s elite program.

Due to the ongoing coronavirus pandemic, Ostertag’s third season with the Gophers has been delayed. The team has been practicing Tuesdays through Fridays and they get tested for COVID-19 weekly.

But the Western Collegiate Hockey Association has not given the go-ahead for a season yet. The Gopher men’s team, which plays in the Big 10, will have its season start Nov. 10.

“It’s been an interesting process that’s for sure,” Ostertag said. “We don’t know what the season is going to look like. The schedule will be limited. For us, there’s a lot of unanswered questions. But our coaches tell us to have an optimistic attitude and something good will come out of it.”

Last winter, the Gophers finished 27-6-3 overall (17-5-2 in the WCHA). Minnesota was supposed to take on Ohio State in the NCAA tournament, but that’s when the coronavirus hit and the NCAA canceled all national tourneys for all sports, including in the spring.

“We were one step away from the Frozen Four and the season just ended,” said Ostertag. “It was hard to deal with, but our team handled it well. We tried to stay positive and we are trying to stay positive through these times.”

Ostertag played all 36 games last year for the Gophers and recorded a career-high 11 points (1 goal, 10 assists). She led the team in blocked shots with 50, which ranked 15th in the WCHA.

In her first season at Minnesota, Ostertag played in all 39 games, helping the team reach the Frozen Four. The Gophers won 32 games (32-6-1 overall), but fell 2-0 to Wisconsin in the national championship.

When the Gophers get on the ice this winter, they’ll again be one of the favorites in the chase for a national title. Ostertag will have a bigger role as more of a team leader. It’s a role she relishes.

“You are kind of in that follower role as a freshman and sophomore,” Ostertag said. “Now, I’m one of the veterans and I have to step up a being a leader. I have to teach the younger players the ropes and what they are supposed to do.”