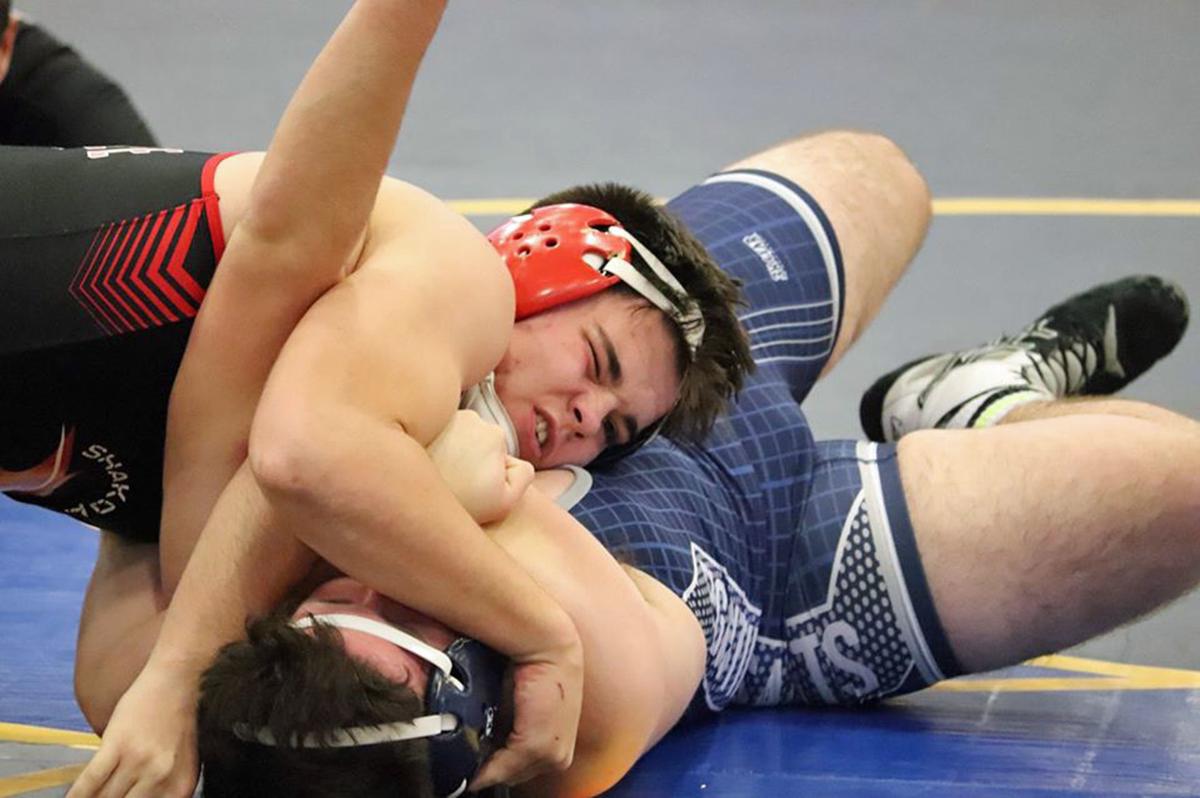 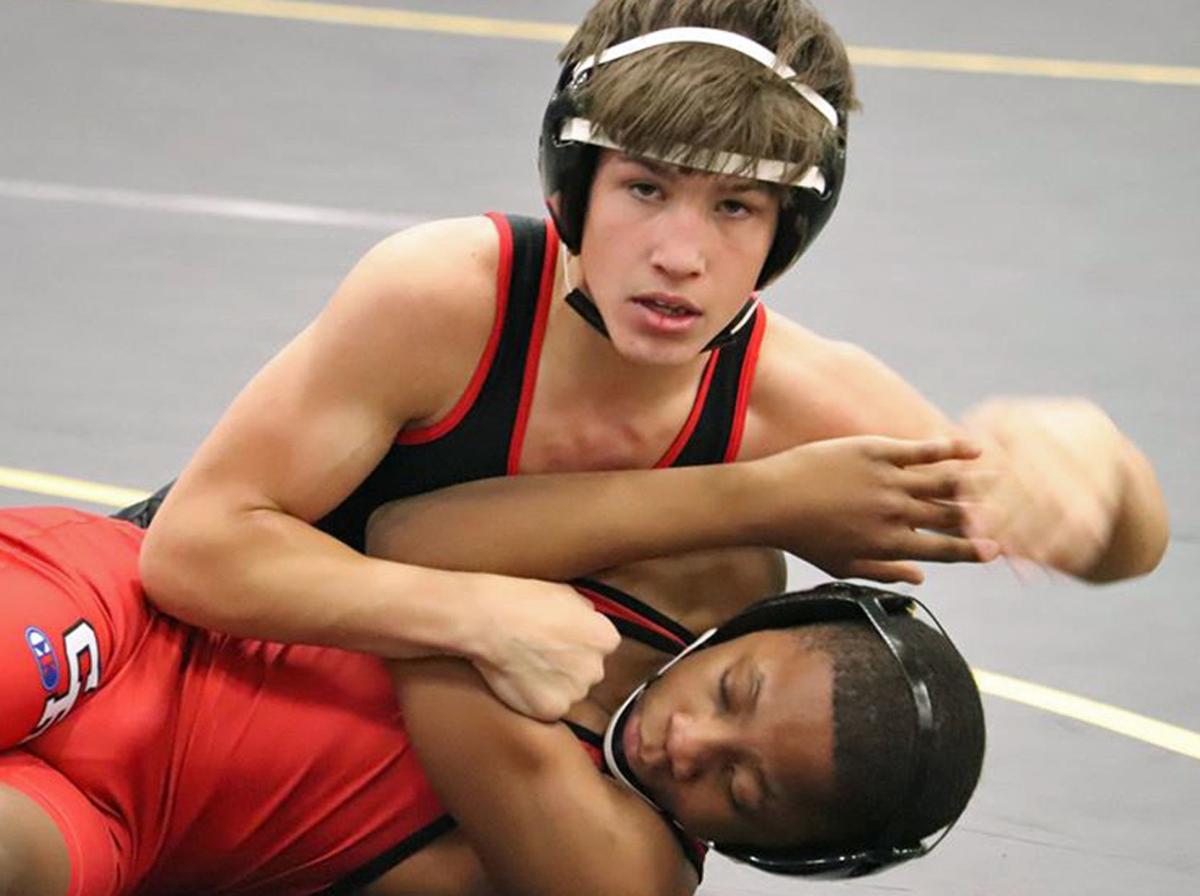 Connor Warren earned a pin in his match against Coon Rapids.

Connor Warren earned a pin in his match against Coon Rapids.

The No. 1 ranked wrestling team opened the season by winning the Raider Duals.

Shakopee, the defending Class 3A state champion, won all four dual meets at the Raider Duals last Saturday in Hastings to claim its first tournament title of the season.

They followed that win with a 64-3 win against Hastings.

The next match was the match of the tournament as the Sabers took on No. 4 Forest Lake.

In a back and forth match, Shakopee earned a 33-26 victory when Trelstad earned a pin at 285 pounds to clinch the match.

Forest Lake jumped out to a 9-0 lead as they earned a pin and a decision in the first two matches.

The match at 132, was between Derrick Cardinal of Forest Lake and Pierson Manville of Shakopee.

The Sabers came roaring back as they won the next four matches to take a 21-18 lead.

Lunn started the comeback with a pin at 138 followed by a major decision by Quern, a 4-3 decision by Treml and a 4-2 decision by Cole Malone.

Forest Lake won the next two matches for a 24-21 lead with three matches left.

Trelstad earned the pin to clinch the 33-26 win for the Sabers. Forest Lake was assessed a bench violation and lost one team point in the match.

The championship match came against Coon Rapids and the Sabers won 49-24.

Shakopee won the first six matches, four by fall and two by technical fall, for a 34-0 lead.

The Sabers will travel to Woodbury on Saturday for the Woodbury Duals. Other teams at the tournament will be Annandale-Maple Lake, Grand Meadow-LeRoy-Ostrander-Southland, Henry Sibley, Mahtomedi, Rochester Mayo, White Bear Lake, and Woodbury.