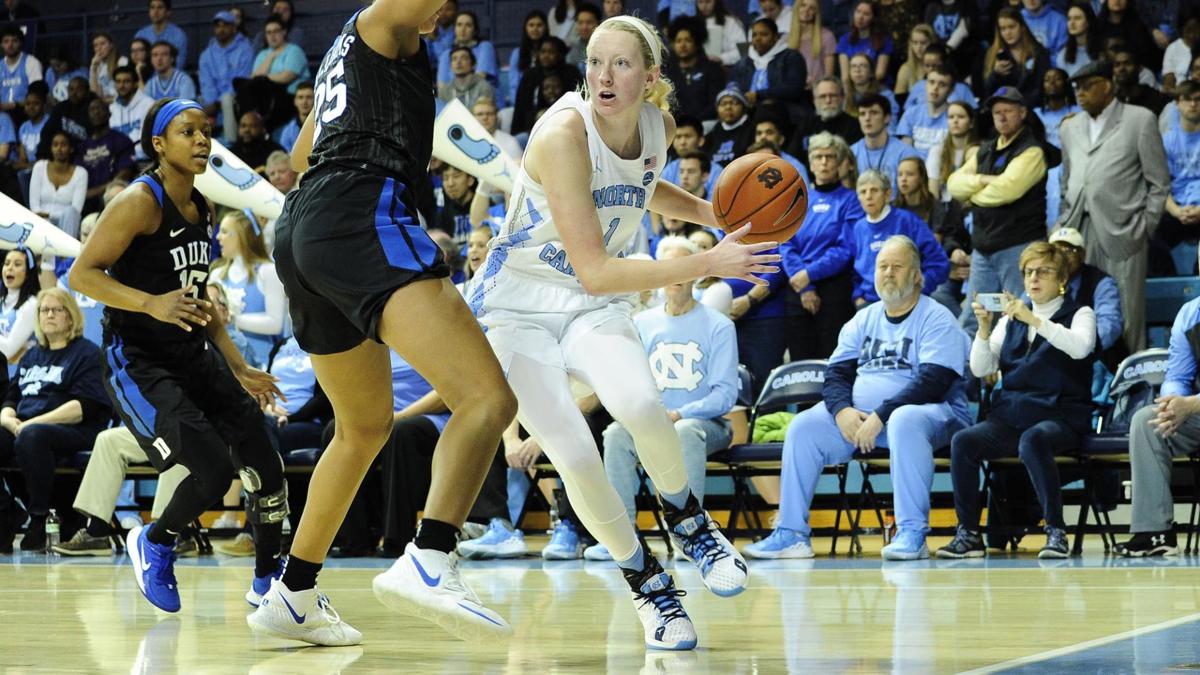 Taylor Koenen played in all 125 games in four years for the University of North Carolina Tar Heels. 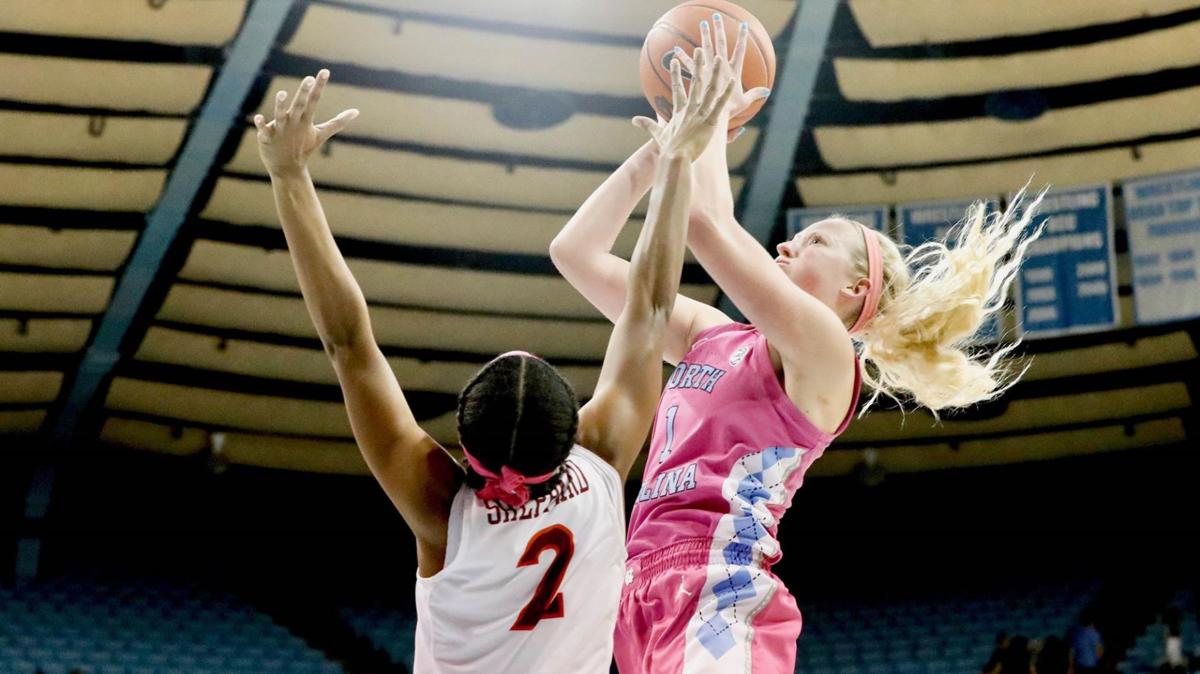 Taylor Koenen was named the 2019-20 University of North Carolina’s winner of this year’s Rammy for Female Breakthrough Athlete.

Taylor Koenen played in all 125 games in four years for the University of North Carolina Tar Heels.

Taylor Koenen was named the 2019-20 University of North Carolina’s winner of this year’s Rammy for Female Breakthrough Athlete.

On Nov. 11, 2016, Taylor Koenen set foot in Carmicheal Arena for the first time as a Division I women's basketball player.

In her college debut, Koenen scored six points, grabbed nine rebounds, two blocks and one steal in 23 minutes of play in an 84-54 North Carolina win against Alabama State.

Over the next four years and 125 games, Koenen made an indelible mark on the University of North Carolina women's basketball team.

Koenen, a 6-2 versatile wing player from Shakopee High School, went through a lot in those four years but now she is one class away from graduating from the University of North Carolina and ready to embark on her next adventure.

She will graduate this spring with a degree in business administration and her name all over the record books for the women's basketball program.

"It was a great career and I'm proud I was able to withstand all the changes with the program," Koenen said. "I improved each year and got to play a lot."

Saying she played a lot is a bit of an understatement as Koenen did not miss a game in her UNC career and averaged over 33 minutes in the 125 games she played.

On Feb. 5, 2017 in a Atlantic Coast Conference game at Clemson, Koenen was inserted into the starting lineup for the first time. Since that time, Koenen started 103 straight games for the Tar Heels.

In those 125 games and 103 straight starts, Koenen racked up big numbers that will have her name in the record books for a long time.

Koenen is only the second player in UNC women's basketball program history to have 1,200 points, 800 rebounds, 300 assists and 100 made three-pointers in their career.

"Over the years, I became an overall better player," Koenen said. "I did everything. I played every position over the past fours years."

Not only did she excel on the court but she was also a star in the classroom as she was named to the All-ACC Academic team three times.

Things weren't always easy in those four years in Chapel Hill as the women's basketball team experienced some turmoil in her four years there.

After her junior season, Hall of Fame coach Sylvia Hatchell resigned after 33 years as the school's head coach after a school's investigation alleged that she made racially insensitive comments and pressured players to play hurt.

That left the program in turmoil as the UNC athletic department searched for a new coach and players were leaving the program.

Koenen stayed to finish her senior season at North Carolina and she played her best basketball under new coach Courtney Banghart.

"It was obviously challenging with a coaching change, and lots of transfers," Koenen said. "This last year was my best year with the new coaching staff."

Did she ever think about leaving UNC and finishing her senior season elsewhere?

Soon after Banghart was named head coach she met individually with Koenen and quickly named her team captain for the 2019-20 season.

"Taylor showed such a dedication and passion for the game, as well as a consistency in effort that made her someone we all could trust," Banghart said. "It was the team’s decision, not just mine."

Banghart and the UNC coaching staff brought a new style to the program, one that was more up tempo and free flowing.

That style fit right into Koenen's game and she had her best season of her career.

Koenen averaged a career high 14.7 points per game in her final season in Chapel Hill which helped her get voted All-ACC honorable mention by both the coaches and the Blue Ribbon Panel.

"Her system was a little more free flowing and let me use my natural ability to see the court and gave the me green light to shoot," Koenen said. "She installed the confidence in me that I was one of the best shooters on the team and wanted me shoot more."

She only got to coach Koenen for one season but Banghart had nothing but praise for Koenen and her game.

"Coaching Taylor this past season was such a gift," Banghart said. "As a player, she can do so much on the offensive side of the ball. She plays with consistency, she can score in a variety of ways, she create her own and find others, and she was durable and reliable. She can and did play all five positions on the floor, and for a coach to have that versatility is such a gift. As a captain, Taylor led by example and put the time in to ensure she was able to give her best night in and night out."

With her strong senior season behind her and graduation right behind the corner, Koenen said she hopes that she can continue to play basketball at the next level.

She has signed with an agent and is back home finishing up her class work online and working out with the hopes of playing in either the WNBA, overseas or both.

"I haven’t really thought much about where I will play but I want to continue to play," Koenen said. "Over the years, I became a very versatile player. I’m able to rebound, shoot the three, if somebody is smaller than me I can post them up and use that mismatch and hopefully that translates to the next level."

"Taylor’s versatility and ability to swing seamlessly from one position to the next will be her best asset at the professional level, where there are shortened rosters," Barnhart said. "She can score, pass, handle from a variety of spots on the floor and she has the ability, vision, and willingness to be a good passer as well. At 6-2, she can also defend the small forward position, adding versatility to the defensive end as well."