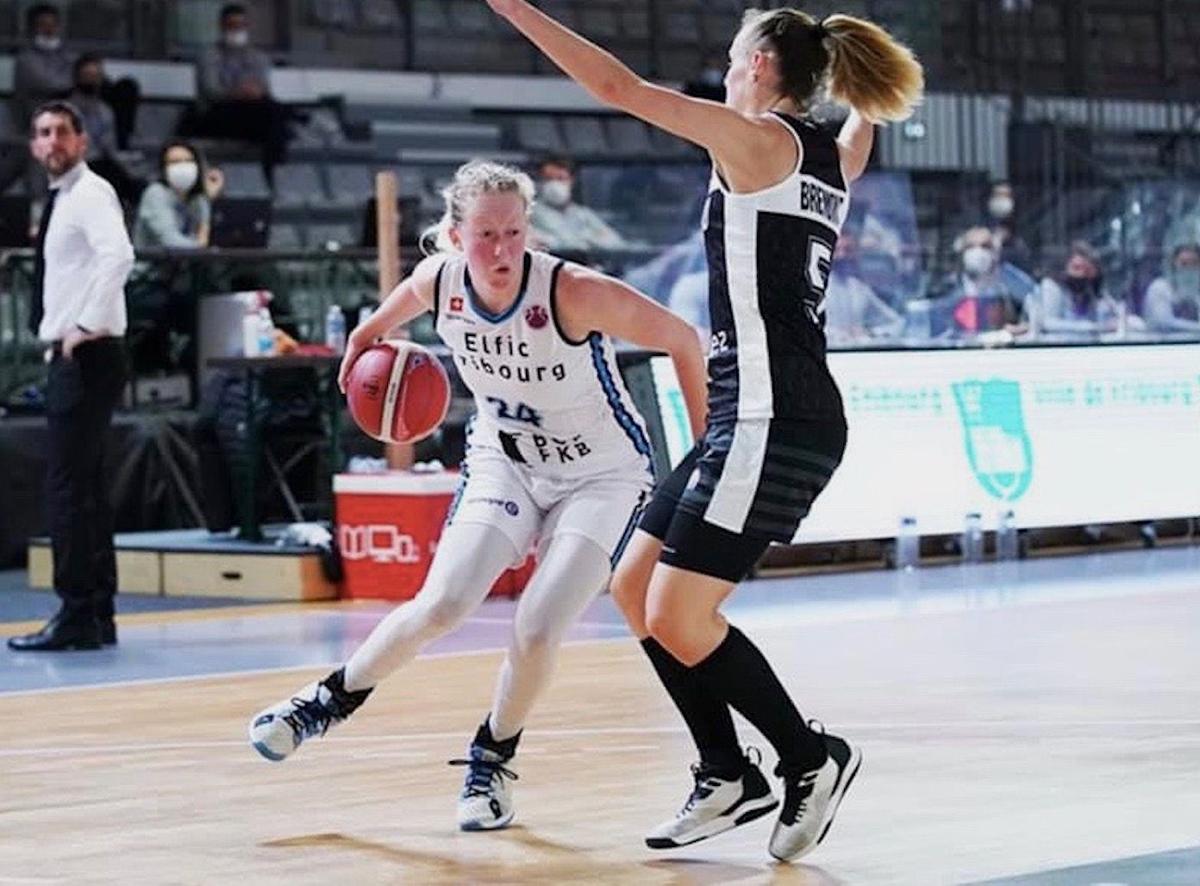 Taylor Koenen, a 2016 graduate of Shakopee High School, is in her first season of professional basketball in Europe playing for Elfic Fribourg in Switzerland. 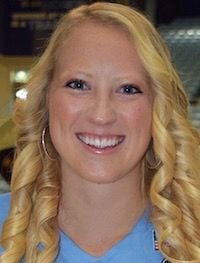 Taylor Koenen of Savage has taken her game to another level.

The 2016 Shakopee High School graduate is in her first season of professional basketball in Europe, playing for Elfic Fribourg in Switzerland. The 6-foot-2 guard has made a big first impression, averaging 17.3 points and 7.5 rebounds per game in Swiss League play.

Koenen also helped her team make the Women's EuroCup (top 16) for the first time in the franchise's history. First-round play begins March 16 and there will be some WNBA players on different European teams in the postseason.

"Pro ball has been great," Koenen said. "It's definitely been a transition. It's the next level up from going to college. The game is a lot faster, and the training is different."

Following her stellar career at Shakopee, Koenen was also a standout in her four-year career at the University of North Carolina. Last June, she was one of 19 UNC student-athletes recognized as Tar Heel Leaders of Distinction.

The award is the highest honor bestowed by the school's Leadership Academy, and Koenen is the first UNC women's basketball player to earn it.

In her four years there, Koenen played in 125 games. She started all 106 games in her final three seasons.

In her first three seasons at North Carolina, Koenen wasn't really focused on basketball after college. She was trying to make her mark with the Tar Heels. But that came up a lot more in her senior year.

Koenen said coaches were always preparing her for the next level, but the conversations about it became more relevant when she was a senior. There were also WNBA scouts at practices and at games, and agents asking about her future plans.

The emergence of the COVID-19 pandemic last March made things a little more difficult. Koenen was not selected in the WNBA draft last April, and teams didn't invite non-drafted players to training camps due to the pandemic.

So Koenen's next choice was playing overseas.

"The WNBA is my overall goal," Koenen said. "I always dreamed of playing in the WNBA (when I was at Shakopee). But I never thought I'd be playing overseas."

Koenen said the competition in Europe has made her a better player. The Fribourg coaching staff has challenged her in many ways. Her teammates have too, including Ace Koenig, a former rival, who played her college ball at the same time as Koenen did at North Carolina State.

The two have become good friends off the court, and were recently featured together about being teammates in Switzerland on the Atlantic Coast Conference Network.

Koenen said pro basketball is a lot different than in college.

In college, Koenen went to class in the morning and early afternoon. Then there was basketball practice and a couple games per week. There was more balance between being a student-athlete and a Division I player.

On her Swiss team, Koenen usually practices twice a day. In the morning, there are individual workouts with coaches, along with time in the gym on the weights. Then there's a night team practice with film work.

It can be a grind both mentally and physically.

"It's high demand on the body," Koenen said.

Normally, players would travel around Europe on their off days, explore, see historic landmarks and visit other countries. But the pandemic has limited those opportunities this winter.

"If that was something I could do more of this experience would be even more amazing," Koenen said.

Will Koenen play another season in the Swiss League? She said that's unlikely. She'd like to get on a WNBA roster this summer, but if that doesn't happen she'll look to play another year overseas, but likely for a different team.

It's not uncommon for players in Europe to switch teams and leagues from year to year, seeking more money, better competition and more exposure.

The exposure that Koenen is getting this season, as well as what she will get in the upcoming EuroCup, will definitely help her in her pursuit to play in the WNBA.

Koenen has learned to how to take her game to the next level by playing faster, making quicker decisions and being more of a well-rounded player.

"Being surrounded by other great players has helped my game improve," she said.

It's also fun to get paid for playing the sport you love. Koenen remembers getting that first paycheck.

"That was awesome," she said. "Who would have thought you get paid to do what you love or something you used to do in the front yard when you were a kid."