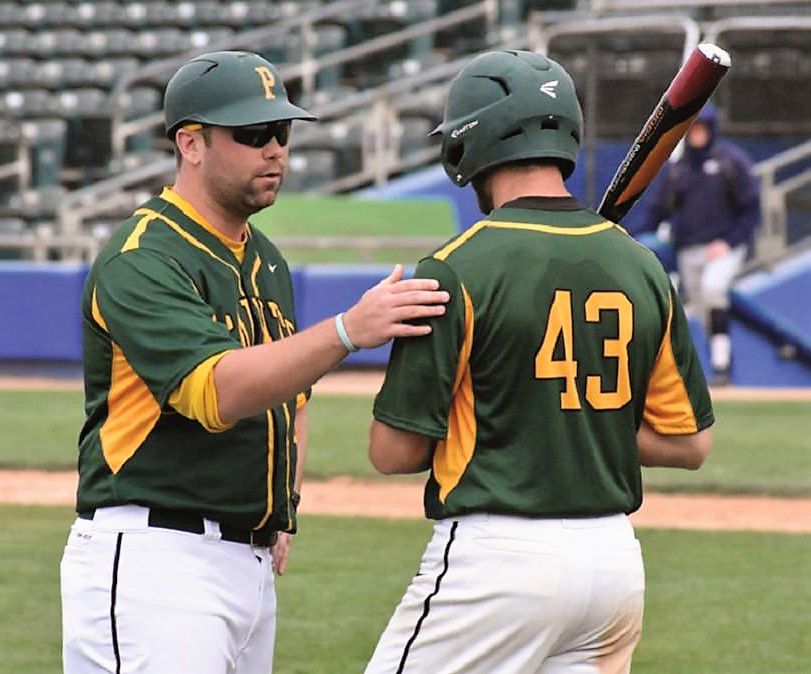 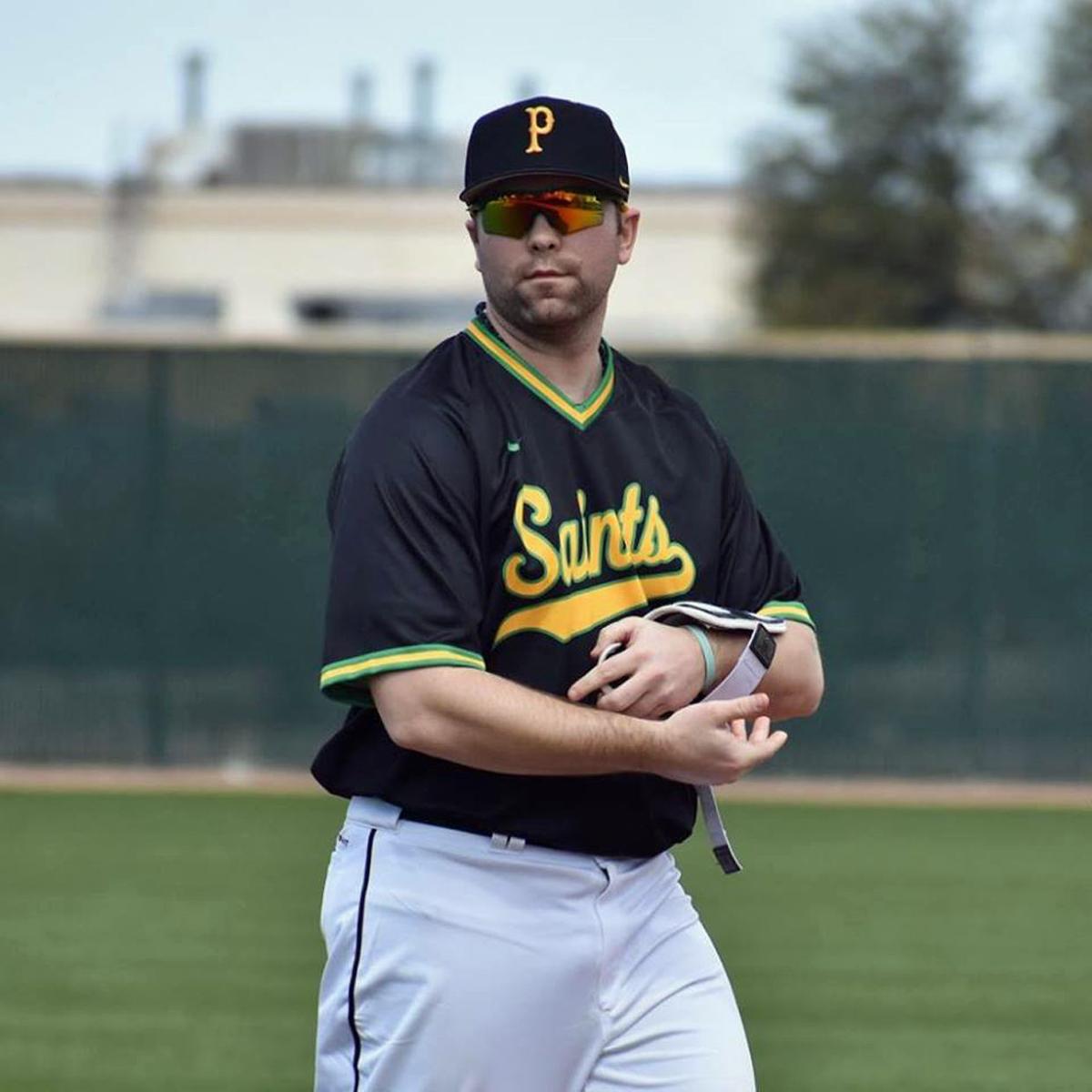 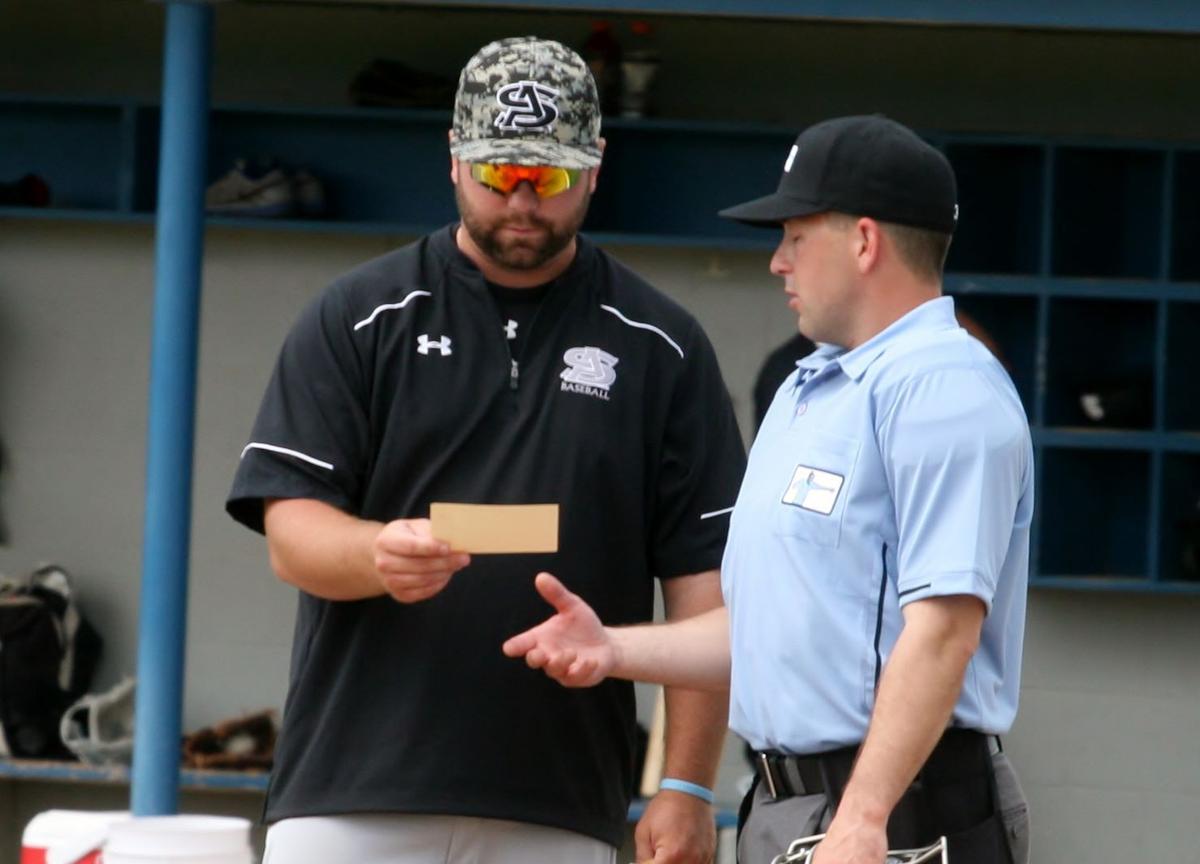 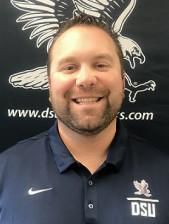 Those camps were the beginning of the Mike Dahl legend, which continues to grow to this day.

Dahl attended that camp in the sixth grade in the early 2000s. One day at camp, Dahl stepped to the plate at Tahpah Park to take some cuts off of Schleper, who was on the mound pitching.

What happened next still gets talked about at the summer baseball camp.

"He’s the only kid to go yard off me at Tahpah softball fields in a youth camp," Schleper said. "Its a 275-foot fence to dead center. The wind was blowing out. I brushed him back in his next at-bat."

Dahl doesn't have any recollection of taking Schleper deep in the sixth grade.

"I don’t remember that but that’s always been the story he told at camps, so I guess it happened," Dahl said.

Just a few years later, Dahl was in the starting lineup for Schleper's varsity baseball team as a freshman.

He played four years for Schleper and the Sabers putting up numbers that put his name all over the record books.

"He was also a four-year starter which we likely won’t see too often at this level anymore," Schleper said. "Cool thing about Mike was that he was a three-sport athlete, a very good football player and point guard on the ’05 championship basketball team as well. Unfortunately, our baseball team was not very strong during his years, so he was one of our best all-time players during a down stretch for the team — that made it tough on him at times, but he loved to play. He was always a positive kid raised in a very positive and supportive family — he was definitely the leader of our team during those years and always played the game the right way."

He batted .476 his senior season and finished his Shakopee career with the most hits, doubles, triples and the most times on base in the long Shakopee High School baseball history. He still holds those records.

"He was incredibly fast and hitting from the left side also gave him an advantage," Schleper said. "I’m sure at least 15-20 of his hits were infield hits but when he drove one in the gap, look out — he could fly around those bases. That was the most fun part of his game to watch."

That success put him in the Shakopee Hall of Fame in 2018 and allowed him to play college baseball at the University of Charleston in West Virginia.

After four strong years at Charleston from 2007 to 2010 where he batted .387 his senior season, Dahl didn't know what the future held in store for him.

Luckily, a job in baseball popped up for Dahl.

"I really didn’t know what I wanted to do when I was in college," Dahl said. "My college coach got a call from the Pittsburgh Pirates and they were looking for somebody to work in there video department."

Dahl jumped at the internship with the Pirates and worked for two years in the organization in its video analysis department. He worked one season in Charleston, West Virgina with the West Virginia Power. The second season took him down to Bradenton, Florida working with the Bradenton Marauders and the Gulf Coast League.

That gave him the coaching itch, something he's been scratching ever since.

"I fell into the internship with the Pirates and that’s when it piqued my coaching interest," Dahl said. "I just kind of fell into it. Once I got the coaching experience, I fell in love with it."

From there he moved to Texas to be an assistant coach at Schreiner University, a private Presbyterian university in Kerrville.

After a year at Schreiner, and years away from home, Dahl was looking to get back to his roots in the Midwest.

He decided to work for his master's degree and became a graduate assistant coach at Northern State University in Aberdeen, South Dakota.

At NSU, he earned a master's degree in science in sports performance and leadership while helping the baseball team make the conference playoffs for the first time in over two decades.

From there, Dahl moved onto Presentation College in Aberdeen where he was an assistant baseball coach for three years before becoming the head coach in 2017.

Dahl led Presentation to the best record in program history with 26 wins and advanced to the North Star Conference Tournament championship game in 2018 season. Under his direction, he coached five NSAA All-Conference athletes, an NSAA Newcomer-of-the-Year, an NAIA Player-of-the-Week recipient, one NAIA-Daktronics Scholar-Athlete and 12 NSAA Scholar-Athletes.He was voted North Star Coach-of-the-Year by his fellow conference coaches following the record-breaking season.

After another strong season at Presentation in 2019, Dickinson State University in Dickinson, North Dakota came calling.

Dickinson State was looking to restart its baseball program after dropping the sport in 2017.

Dahl jumped at the chance to build a program from the ground up and moved to Dickinson in the summer of 2019.

"We did a lot of good things (at Presentation College)," Dahl said. "Dickinson State offered a lot of things for me just not in baseball. It was a blessing."

Ever since than he's been working to get the program up and going for the its first game in 2021.

"My entire job for the year was just recruit," Dahl said. "So it's just a blessing in a disguise that we weren’t playing this year. We just started recruiting and hitting up the neighboring states. We were looking at everybody and anybody."

Dahl said he has 27 players committed to play for Dickinson State University next year.

For now, he is enjoying some time on the golf course and fishing while waiting to get those 27 players on campus to start the baseball program and install his philosophy on the team.

"My overall philosophy is small ball which is going against the trend these days," Dahl said. "Pitching and defense will win you games. I like to do the little things like bunting, stealing and putting pressure on the opponents defense."

While he doesn't play the game anymore he's ready to show his players what he has left.

"I get in the cage with them at times," Dahl said. "Thirty-two years old and out of shape and I haven’t done it for a while but I can still hit and show them I know what I’m talking about."