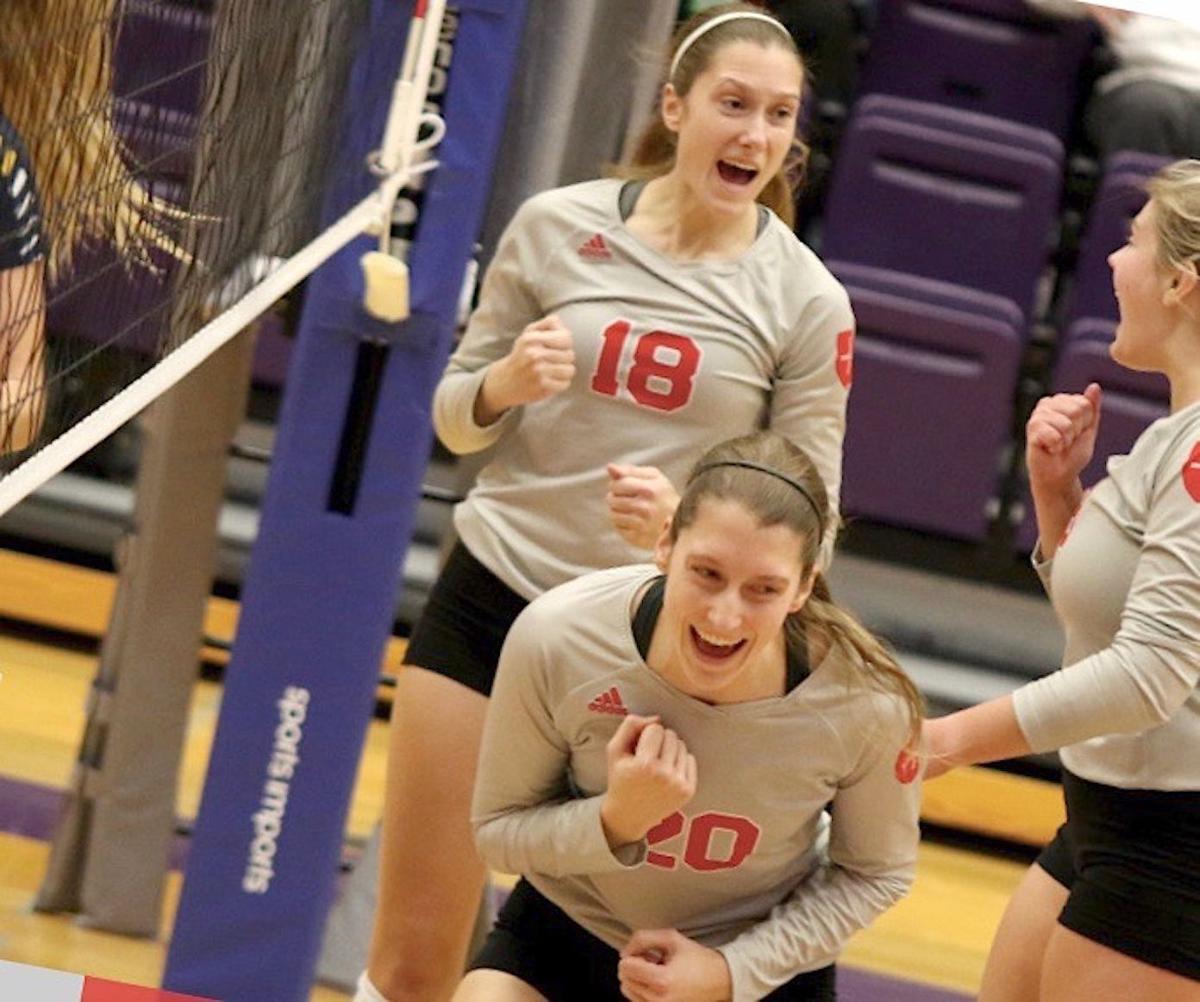 Twin sisters Hunter Weiss (18) and Madison Weiss (20) of Shakopee wrapped up their Division III volleyball careers this spring at the College of Saint Benedict earning multiple academic and playing honors. 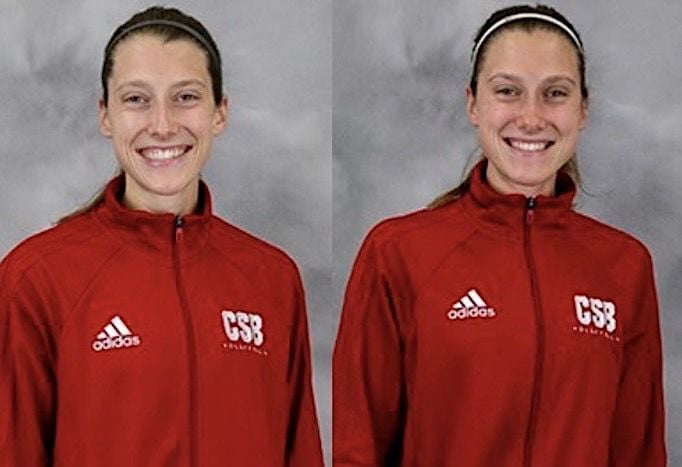 Twin sisters Hunter Weiss (18) and Madison Weiss (20) of Shakopee wrapped up their Division III volleyball careers this spring at the College of Saint Benedict earning multiple academic and playing honors.

Hunter and Madison Weiss excelled on and off the volleyball court in their stellar carers at the College of Saint Benedict.

The twin sisters, who are 2017 Shakopee High School graduates, had their senior season complicated by the COVID-19 pandemic. The Bennies played in just six total matches.

There were no MIAC and NCAA playing honors for the sisters, but there were academic ones, along with a plenty of memories over the last five years.

Hunter earned her degree in biology and a had cumulative 4.0 grade-point average. She also earned the 2020-21 CoSIDA Academic All-America Team Member of the Year honors for Division III women’s volleyball.

Hunter is only the fourth Bennie athlete ever to earn that distinction and the first since 1992. It was also her second time earning CoSIDA Academic All-America first team honors. She’s one of six athletes in school history to achieve that.

The Weiss sisters are only the second teammates in school history to earn academic All-American honors. The first teammates to pull that off came in 1992.

“Earning the academic honors was awesome,” Hunter said. “It was great to be recognized for all the hard work that I put in over the years. My experience was amazing with St. Ben’s volleyball.

For Madison, achieving in the classroom proved to her that hard work does pay off.

“Overall, I loved everything about volleyball at St. Ben’s,” she said. “I met some amazing people and had so much fun traveling and playing volleyball.”

The Weiss sisters also shined on the court for the Bennies.

Hunter graduated eighth in program history with 1,235 kills. Her hit percentage was nearly .400 as a junior in 2019, and she was one of just three non-middle hitters ranked in the top 50 in Division III in hitting percentage. She also had 343 career blocks.

Madison is the second athlete in school history to finish a career with more than 1,000 kills and 500 blocks. She also set the school record for blocks in a season in 2019.

In 2019, Madison led all levels of NCAA volleyball with 205 total blocks and finished first in the MIAC and in Division III with 1.75 blocks per set and a .422 hitting percentage.

The Bennies also had a lot of success as a team. In 2019, the team had a 26-6 record and got to the Elite Eight in the NCAA Division III tournament.

The Bennies earned a 3-2 win over the University of Wisconsin-Stevens Point in the regional final to get to the final eight. Hunter and Madison combined for 39 kills in that five-set match, getting 21 and 18, respectively. Madison also had a match-high 10 blocks, while Hunter had six.

“One of my favorite memories was the regional championship game that we won that sent us to the Elite Eight,” said Madison, who looks to pursue a career in public health and sports nutrition. “It was so competitive and such a high energy game.”

Hunter said winning the regional championship was also a highlight in her playing career.

“Experiencing the Elite Eight and being there was so special and a once in a lifetime experience,” said Hunter, who plans to pursue a career in the psychology field.