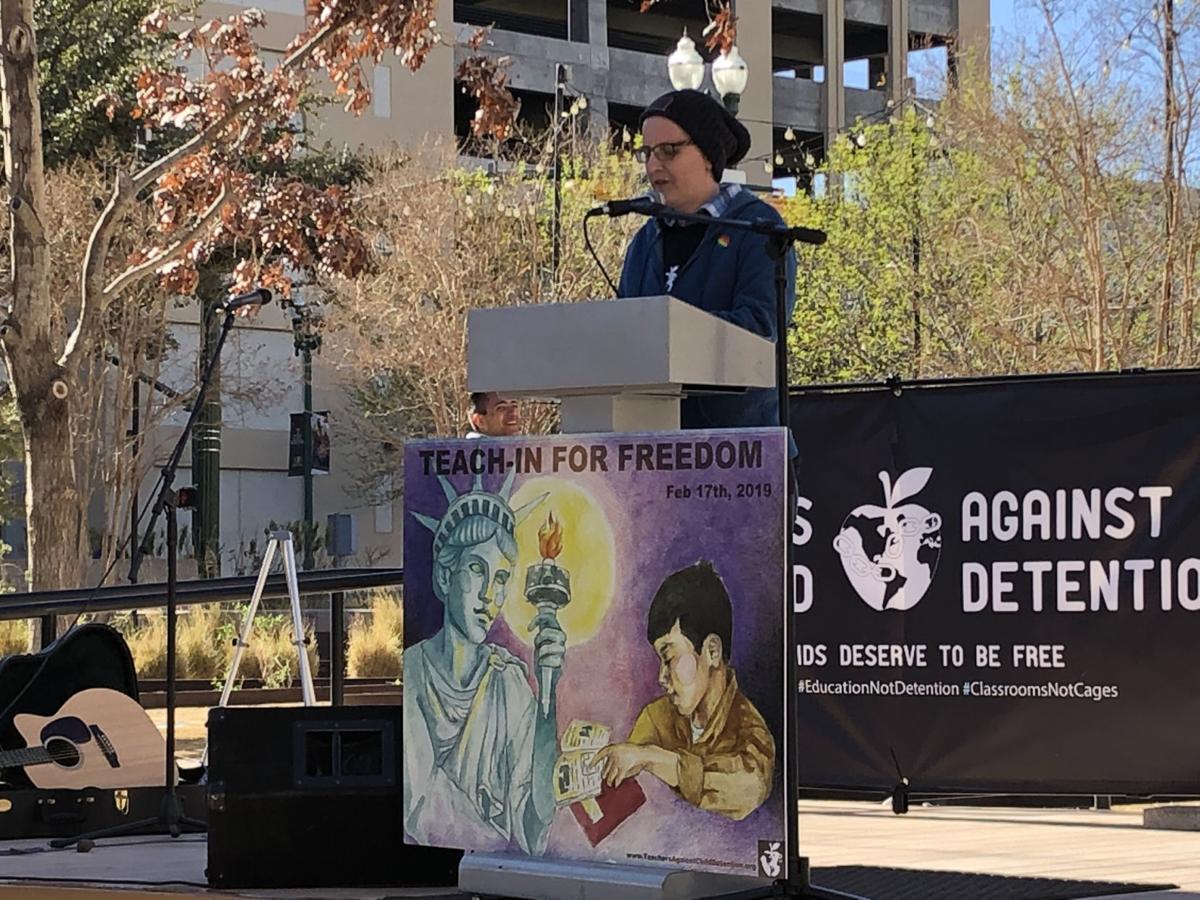 Minnesota Teacher of the Year Kelly Holstine spoke last weekend at the Teach-In for Freedom in El Paso, Texas. 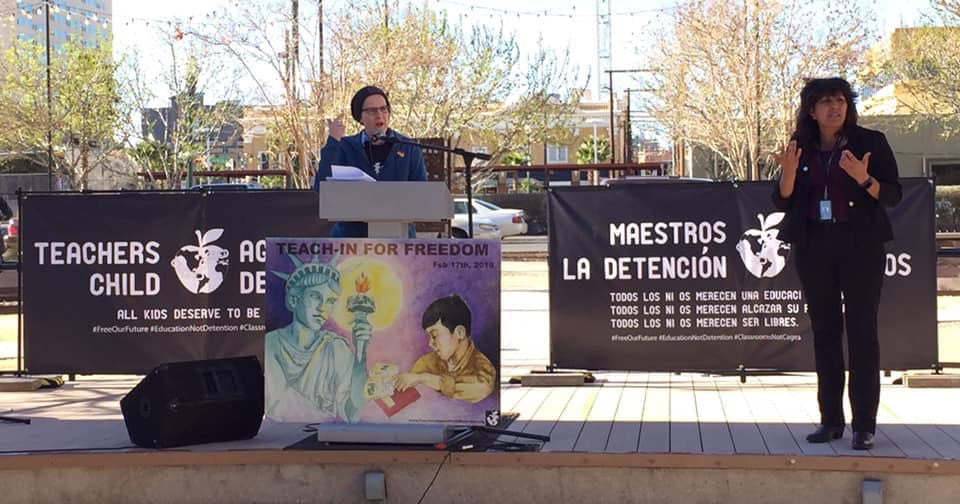 Minnesota Teacher of the Year Kelly Holstine gave a lesson about attachment theory at a February Teach-In for Freedom in El Paso, Texas. 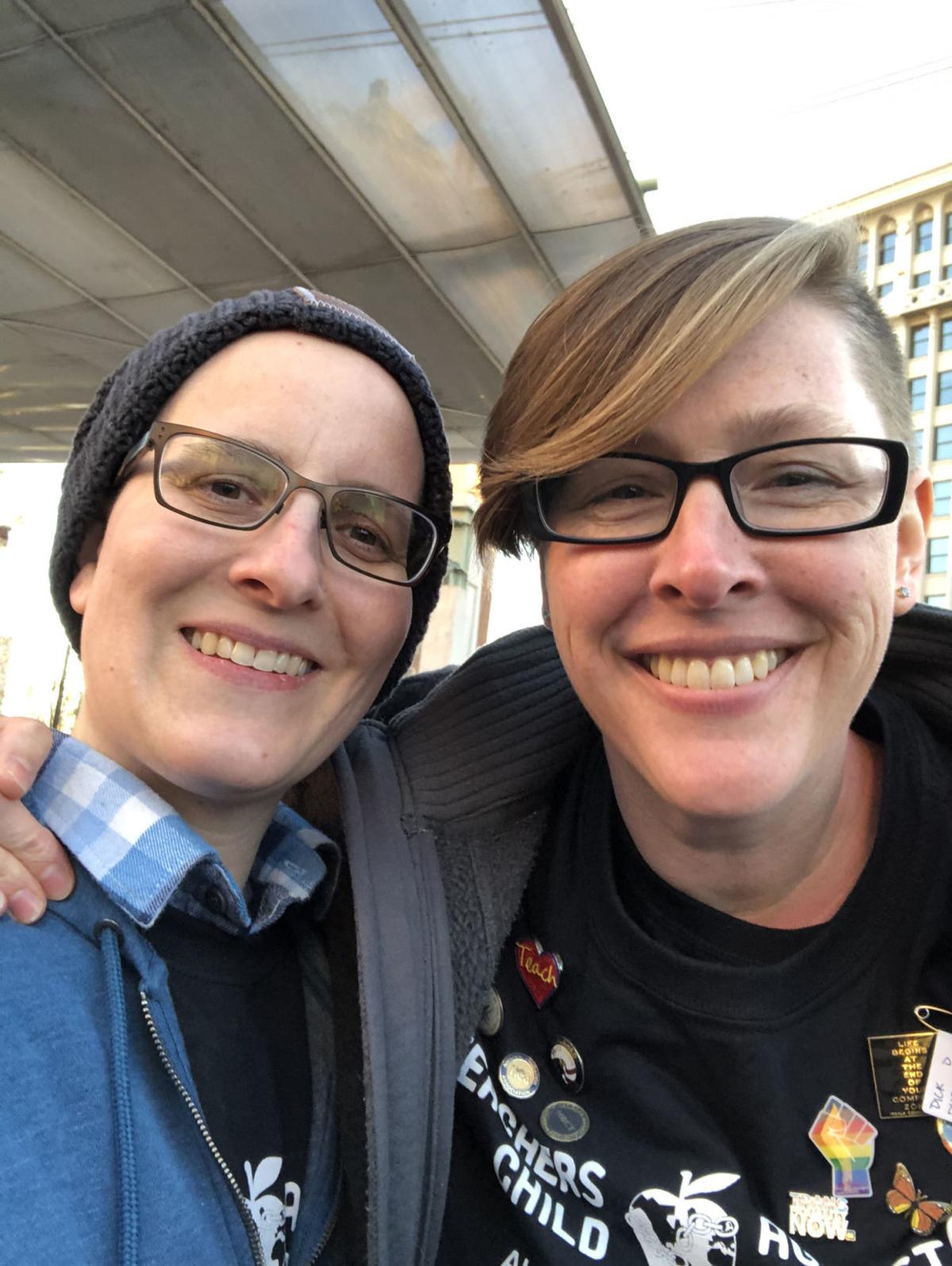 Minnesota Teacher of the Year Kelly Holstine spoke last weekend at the Teach-In for Freedom in El Paso, Texas.

Minnesota Teacher of the Year Kelly Holstine gave a lesson about attachment theory at a February Teach-In for Freedom in El Paso, Texas.

Minnesota Teacher of the Year Kelly Holstine has said it a thousand times, and she’ll say it a thousand more before the year is over: “Every heart matters.”

This is the mantra Holstine repeated to hundreds of people who attended the Teach-In for Freedom last weekend in El Paso, Texas, where dozens of teachers presented public lessons about immigration for eight consecutive hours.

Holstine, an English teacher at Shakopee’s Tokata Learning Center, said she believes at her core that every heart matters, which is why she attended the Teach-In event. The event was planned by a non-profit called Teachers Against Child Detention, which was formed by National Teacher of the Year Mandy Manning. The idea is that teachers are mandatory reporters of suspected mistreatment and abuse, and the group suspects mistreatment of immigrant children being held in detention centers throughout the country.

“There are kids in the United States that are being treated horribly,” Holstine said. “This isn’t OK regardless of whether they’re documented or undocumented. They’re being kept from an education and kept from their families. It’s tragic, and we feel as mandated reporters we need to report this.”

The main goal of the Teach-In was to educate people about immigration, asylum, and issues often encountered by people trying to enter the country. Though immigration is a controversial political issue, Holstine said the event wasn’t meant to be political.

“These are just humans that need help. This doesn’t need to be a Republican or Democrat issue,” she said. “It’s humanity. It’s being compassionate and kind and caring to others.”

Holstine was one of the teachers who spoke at the event, giving a talk about attachment theory and the possible ripple effects of separating a child from their family.

According to Psychologist World, an online magazine, attachment theory makes the claim that “the ability for an individual to form an emotional and physical ‘attachment’ to another person gives a sense of stability and security necessary to take risks, branch out, and grow and develop as a personality.”

When this process is interrupted, for instance by a child separated from their family at the border, it can cause trauma and other emotional and behavioral issues down the road, Holstine said.

“They’re likely to develop attachment disorders,” she explained. “That inhibits your ability to build other attachments to other humans. It creates a myriad of psychological effects.”

Ideally, Holstine said, these children would be prevented from going through trauma like that at all.

Along with teaching on attachment theory at the Teach-In, Holstine said she learned a lot. She didn’t know much about the asylum process before her trip to El Paso, but what she learned baffled her. Asylum, by definition, is the protection granted by a nation to someone who left their native country as a political refugee.

“What these folks are doing is not illegal,” she said. “It is legal in the United States to ask for asylum and safety, so to be treated like criminals when they’re doing something legal, is astounding to me.”

“It demonstrates the power of fear, that you could be so afraid of someone who speaks another language or is another color,” she continued. “That fear is causing people to be neglected, abused, mistreated, sometimes killed. My hope is that love is stronger than that fear.”