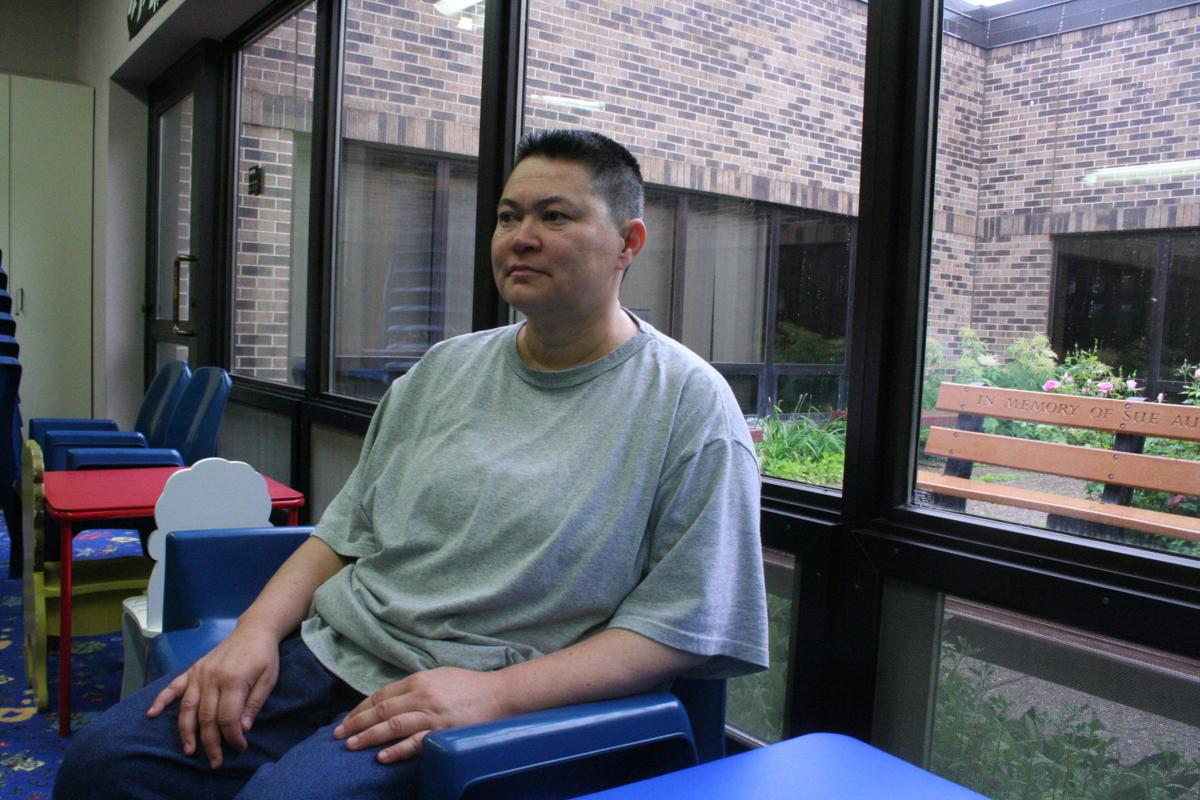 Joe Vanderford spoke through tears as he questioned the Minnesota Department of Correction’s delay in giving him hormone therapy treatment. “At points in your life, you want to cut off your breasts, because you don’t think you’re supposed to have them,” Vanderford said. 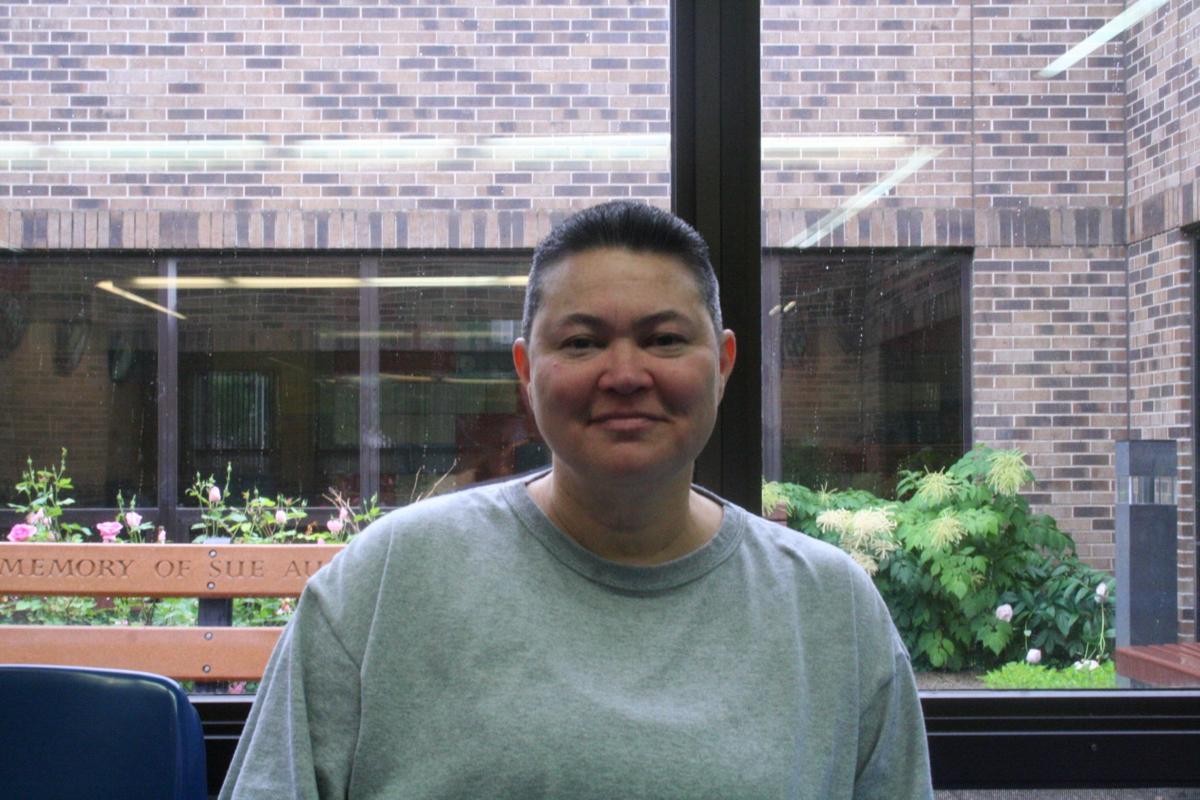 Joe Vanderford is seeking hormone therapy from the state corrections department. A transgender man who’s been sentenced to life for the 1986 murder of his boyfriend, Joe wonders why it’s taking so long to receive treatment. 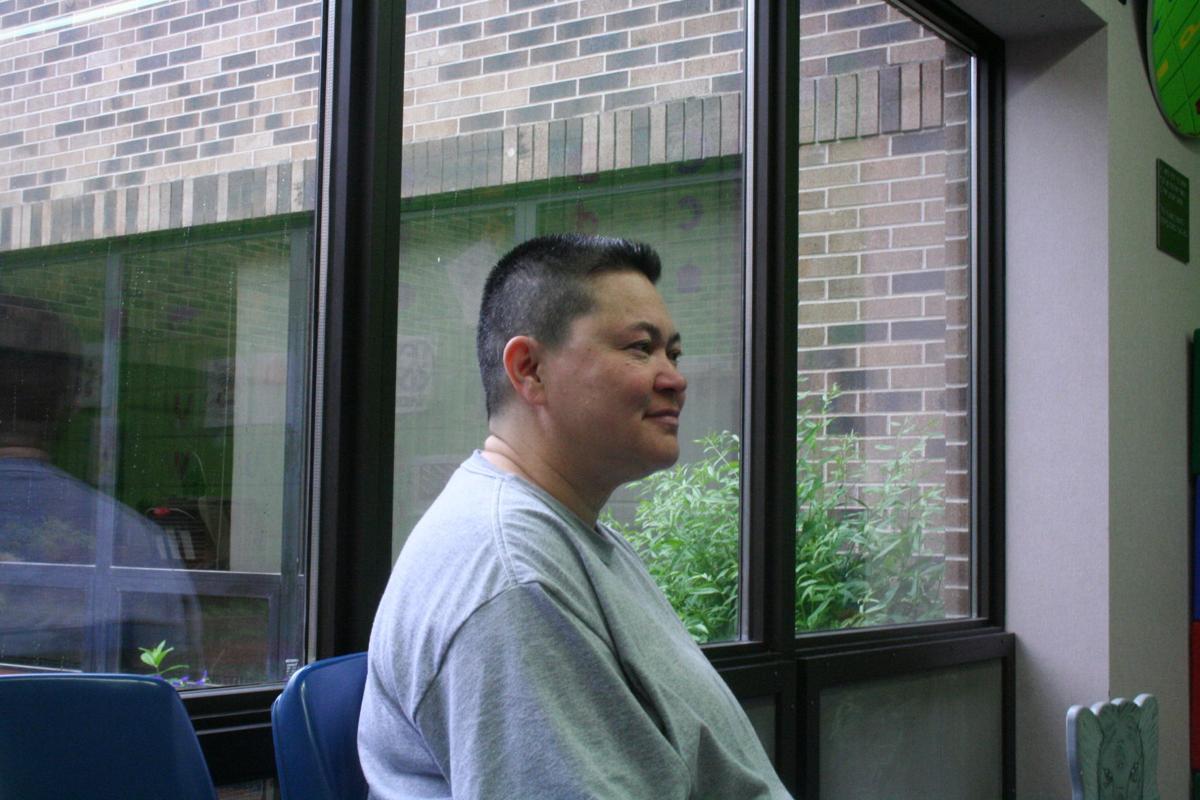 Joe Vanderford talks about his experiences as a transgender man at a women’s prison in Shakopee. “It’s not easy,” he said. “You feel invisible.”

Joe Vanderford spoke through tears as he questioned the Minnesota Department of Correction’s delay in giving him hormone therapy treatment. “At points in your life, you want to cut off your breasts, because you don’t think you’re supposed to have them,” Vanderford said.

Joe Vanderford is seeking hormone therapy from the state corrections department. A transgender man who’s been sentenced to life for the 1986 murder of his boyfriend, Joe wonders why it’s taking so long to receive treatment.

Joe Vanderford talks about his experiences as a transgender man at a women’s prison in Shakopee. “It’s not easy,” he said. “You feel invisible.”

Joe Vanderford, a transgender man, has big, curious eyes that widen when he talks about getting out of the Shakopee women’s correctional facility come November 2020. Once he’s out, he’ll try to get a job as a cell phone tower climber, so he can see more of the world than what television screens and prison windows offer.

Vanderford uses words like “insidious,” he loves poetry, and he binge-read “Game of Thrones” as the series aired on television. When he gets out, he wants to try a chocolate-Oreo ice cream cone from Sonic, and bananas foster french toast from the Minnesota State Fair.

And he wants to try an indoor skydiving simulator, but he doesn’t think he’d be brave enough to skydive for real. Oh, and the pets. He can’t forget about the pets. He’ll get a couple of cats, then some dogs, and then maybe horses, he said.

“I should just move to a ranch,” he said, laughing.Vanderford has his own goals within the prison, too, like being able to undergo hormone therapy and live life fully as a man outside the walls of the women’s prison he lives in now.

Vanderford was given a life sentence as a 19-year-old after he shot and killed his boyfriend. That was 33 years ago. When Vanderford was 30, he came out as a transgender man, and he asked the prison system to give him hormone therapy treatments.

Now 52, Vanderford is nearing release on parole, and says he still isn’t getting hormone therapy at the Minnesota Correctional Facility-Shakopee, even though Minnesota Department of Corrections policies allow it, and despite the fact that Vanderford’s prison psychologist in Shakopee diagnosed him with gender dysphoria, he said.

Before Vanderford started preschool, he says he was sexually abused by his father, who committed suicide when he was 6.

At 6, his mother gave him up for adoption. He moved to Monaca, Pennsylvania, where he said his adopted mother did everything she could to make her little girl more feminine. She bought him training bras and signed him up for modeling classes, but all he wanted was to ride a bike without a shirt on.

“I gave femininity a good shot,” Vanderford said. “I come from a different generation. People weren’t just jumping out of the closet.”

The worst trouble Vanderford got into as a kid was when he walked into a used car lot and broke all the antennas because he was bored.

“I lived near a retirement community,” he said, chuckling.

In 1986, Vanderford said when he was 19, he found out he was pregnant. Vanderford said he aborted the baby and then shot his boyfriend when he threatened to leave Vanderford. His attorney called it a “love story gone wrong.”

“I’m not the same person now as I was when I was 19,” Vanderford said.

Shortly after entering the Shakopee prison, Vanderford said he was sent to California, where he spent 14 years at three women’s correctional facilities.

Vanderford said the reason for his prison transfers was because he escaped twice, although the Valley News was unable to find any past convictions for escaping prison.

He wrote, “a clinical psychologist hired by (Vanderford’s) attorney diagnosed (him) as having a ‘narcissistic personality disorder characterized by pathological lying, grossly delusional behavior and thinking, grandiosity, and an inability to cope with any form of real or perceived rejection.’”

Now that he’s been back at the Shakopee prison for the past six years, Vanderford doesn’t know why the DOC is stalling his hormone therapy treatments. He says many guards still call him “Miss Vanderford,” despite his requests that they stop, and sometimes, when he walks through a door, they’ll say, “Ladies first.”

“I feel invisible, in so many categories,” he said, teardrops cascading from his beady eyes. “Why do they think they can just put me in hell like this?”

The IWW Incarcerated Workers Organizing Committee, which works to improve prison conditions and end mass incarceration, created a petition with demands for the Minnesota corrections system. One is that Vanderford receive hormone therapy.

“Joe is a longtime writer, prisoner advocate, and trans-man who is diagnosed with gender dysphoria,” the petition says. “He was denied hormones as a Minnesota prisoner for over 20 years in Oklahoma and California. Per DOC Policy 202.045 Joe meets the criteria to receive hormones, but the DOC is stalling on doing the right thing.”

The committee also demanded an LGBTQ representative on the DOC’s LGBTQ board — a committee that makes hormone decisions on behalf of inmates like Vanderford.

“People make decisions for me, and they don’t even represent people who are like me,” Vanderford said.

The petition also calls for staff and prisoner training on queer and trans rights, among other requests. Vanderford said the DOC’s LGBTQ board agreed to look into LGBTQ training.

DOC spokeswoman Sarah Fitzgerald said the makeup of the prison’s LGBTQ committee “varies depending on the offender’s location and custody level. In addition, the DOC has contracted with a community mental health provider to provide clinical consultation to DOC staff and the Transgender Committee. Yvon Lonning, the contractor, has experience and expertise in treating working with persons who identify as transgender.”

Vanderford said he isn’t aware of anyone else at the prison who has received hormone therapy treatment, but says he qualifies for hormones under the policy.

DOC spokeswoman Sarah Fitzgerald said while she cannot discuss an inmate’s medical file, “we do want to be responsive and be on the forefront of this issue.” She said hormone therapy decisions come after consultation with mental health professionals and patient education regarding interactions and side effects.

“Factors involved in the decision to initiate hormone therapy include any medical contraindications and the patient’s psychological readiness to begin treatment,” Fitzgerald said. “There are also safety concerns in a correctional environment that the patient must consider as part of the risks of hormonal therapy despite all efforts to keep the incarcerated individual safe. Safety (both medically, psychologically, and socially) are of paramount importance in the decision to initiate hormone therapy in the corrections environment.”

Fitzgerald said the DOC Commissioner Paul Schnell is reviewing this case to ensure the prison follows a “fair and equitable approach.”

“At points in your life, you want to cut off your breasts, because you don’t think you’re supposed to have them."