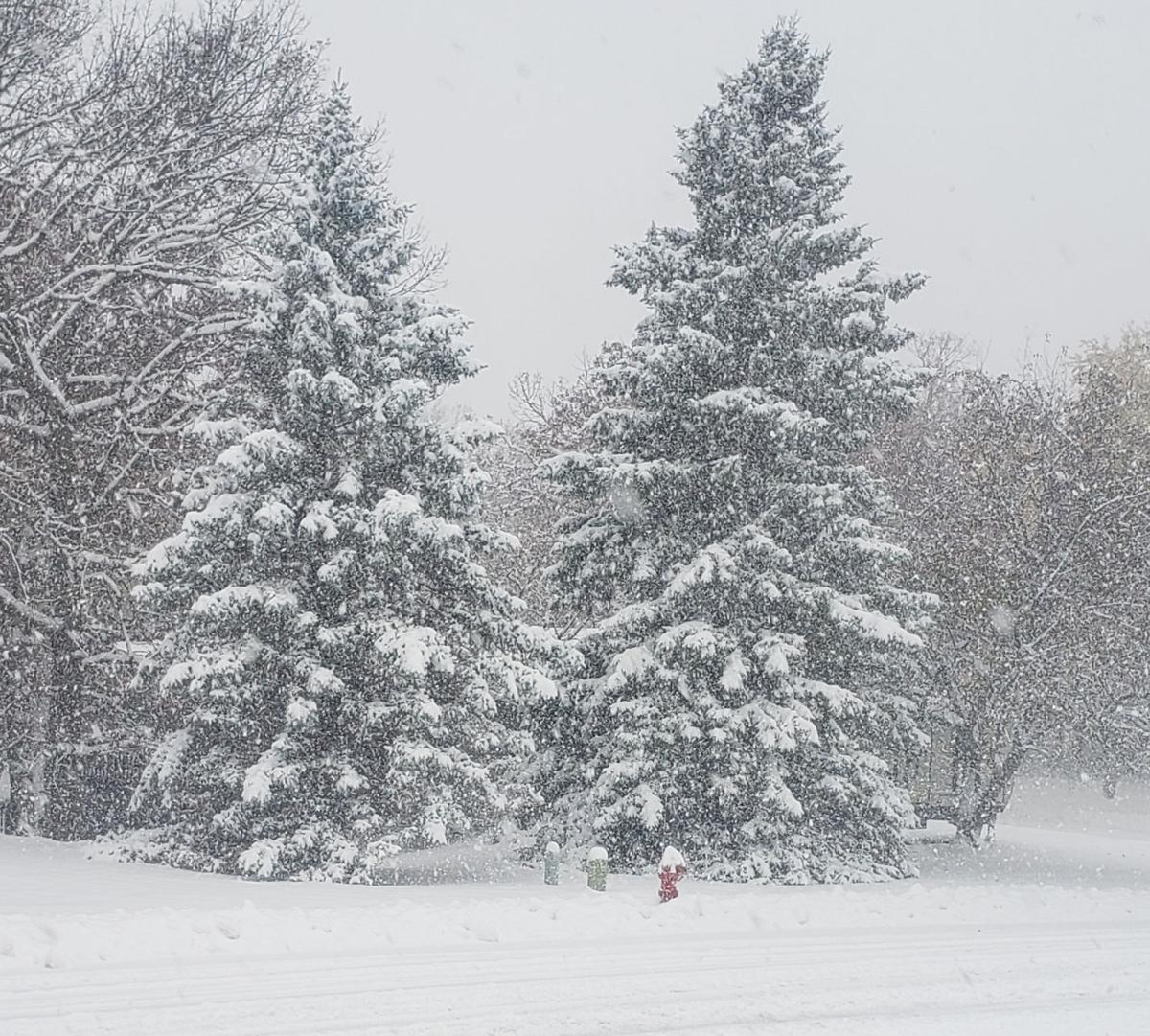 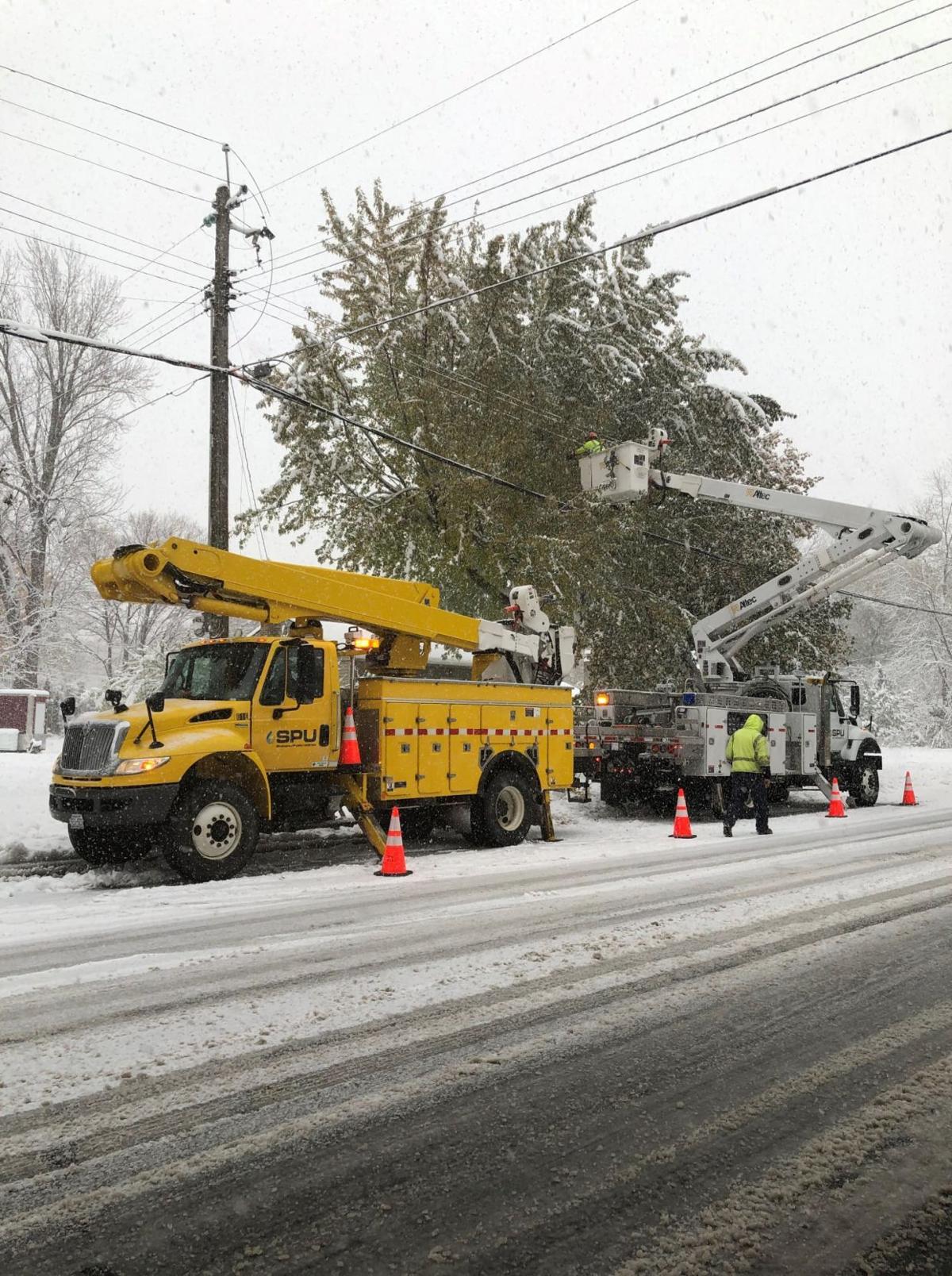 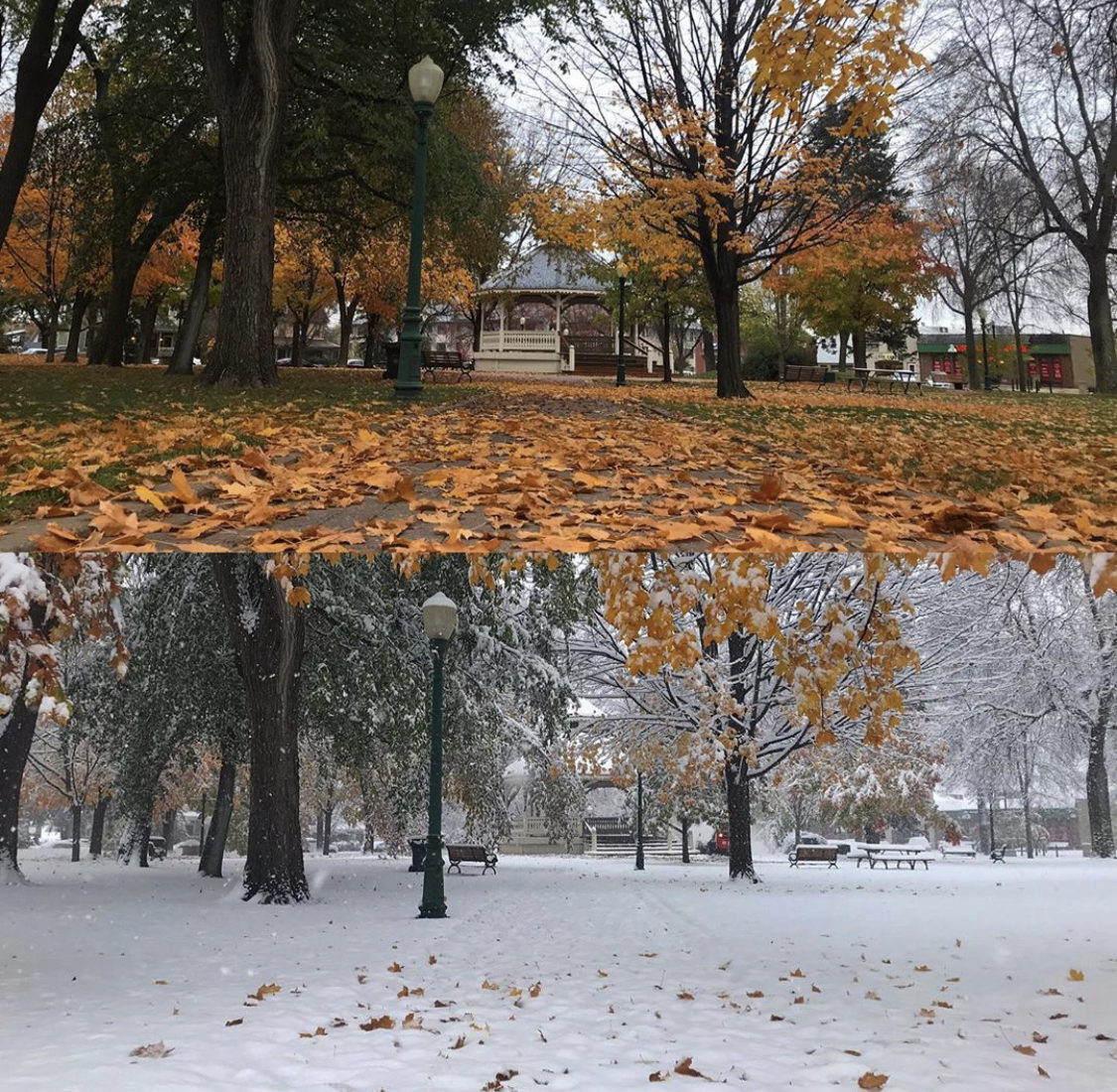 A side-by-side image of Chaska City Square Park in the morning on Tuesday, Oct. 20 and then in the afternoon. 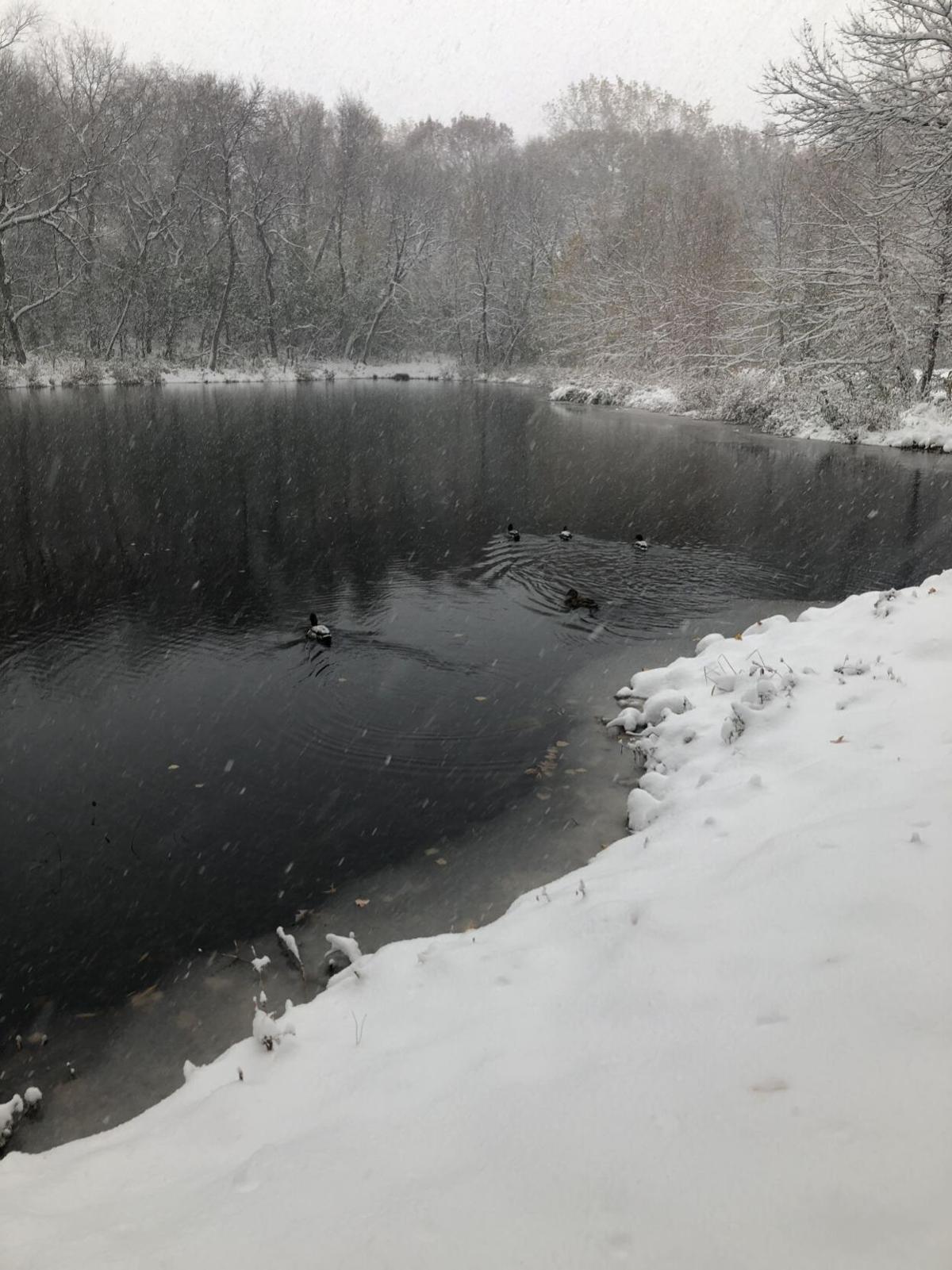 A handful of ducks swim in a snow-surrounded pond at Krestwood Park in Burnsville.

Minnesotans experienced peak 2020 this week as an unusual year got stranger Tuesday with a record snowfall — in October.

Snowflakes began to fall late morning Tuesday, Oct. 20 and continued on into the afternoon.

The National Weather Service-Twin Cities bureau reported the Minneapolis-St. Paul area received 7.9 inches of snow accumulation Tuesday, breaking the previous 3-inch record established in 1916. Tuesday's storm was also the highest snowfall total this early in the snow season and the second highest daily snowfall total in October — the highest, of course, being the 8.2 inches the area received on Halloween in 1991.

As picturesque as the white blanket across the state may have been, it was accompanied by its usual side effects: power outages and traffic mayhem. While some residents shoveled their sidewalks and fired up their snowblowers, some dealt with a loss of power altogether due to down lines.

Shakopee Public Utilities, which provides electric services, reported an outage that affected several hundred people in the downtown Shakopee area Tuesday, according to a Facebook post. A tree branch with heavy snow damaged equipment on 8th Avenue, the post said. Power was restored to all within a couple hours.

The Minnesota State Patrol said between 11 a.m. and 4:30 p.m. Tuesday, there were 346 crashes across Minnesota, including 34 with injuries.

The Scott County Sheriff's Office said it saw a "lot of cars in the ditch" Tuesday.

"Even though it’s technically still fall, driving in winter-like weather is a skill that we don’t get to practice all year," the office posted to Facebook this week, with a reminder to heed the following safety tips:

Minnesota Gov. Tim Walz took to Twitter Tuesday to address the record snowfall and also encourage residents to slow down on the roads.

Drive safe out there, Minnesota! pic.twitter.com/PyCnqzXh97

"Take care of yourselves and your neighbors and Minnesotans are ready for winter," he said.

Parents, how many times have you told your children about the Halloween snowstorm of 1991?