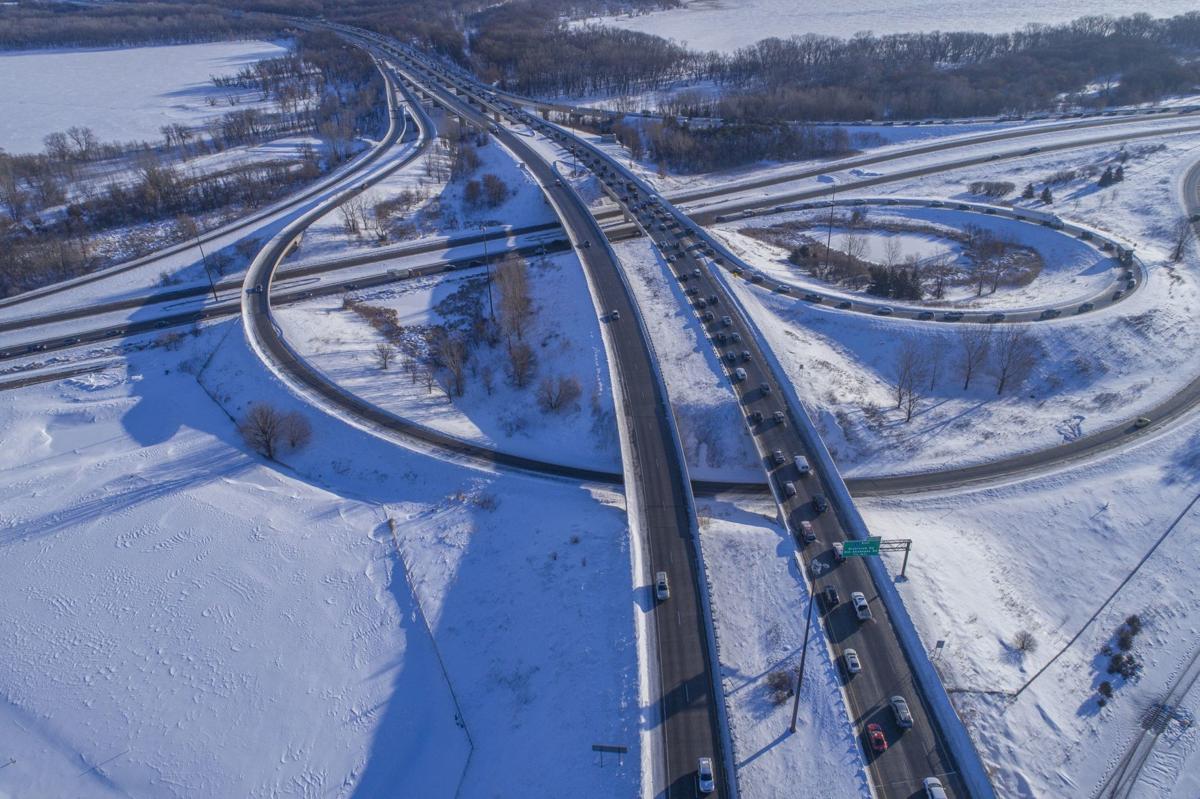 Traffic volumes on the Bloomington Ferry Bridge over the Minnesota River have increased by an average of 2.7 percent annually since 2000. 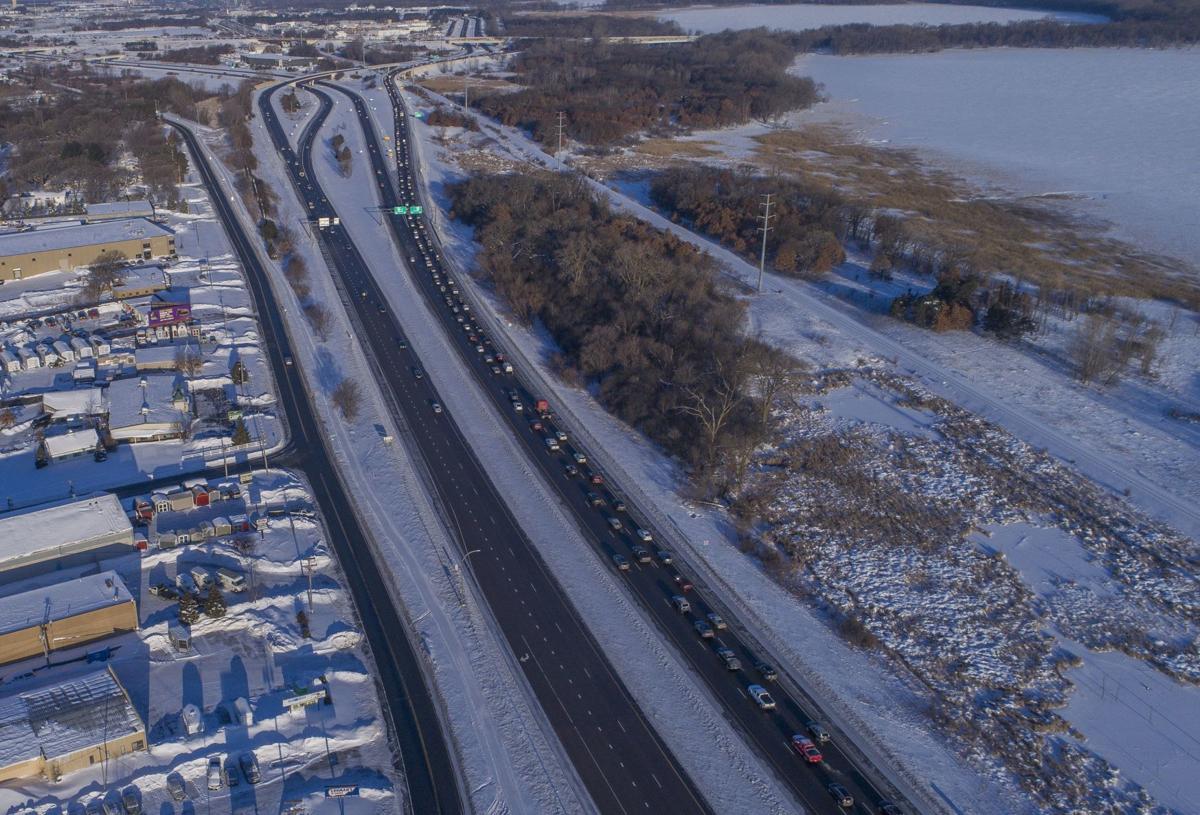 Scott County lawmakers called on MnDOT to study a stretch of Highway 169 to see if there are any defects or irregularities contributing to 94 crashes since Jan. 1. 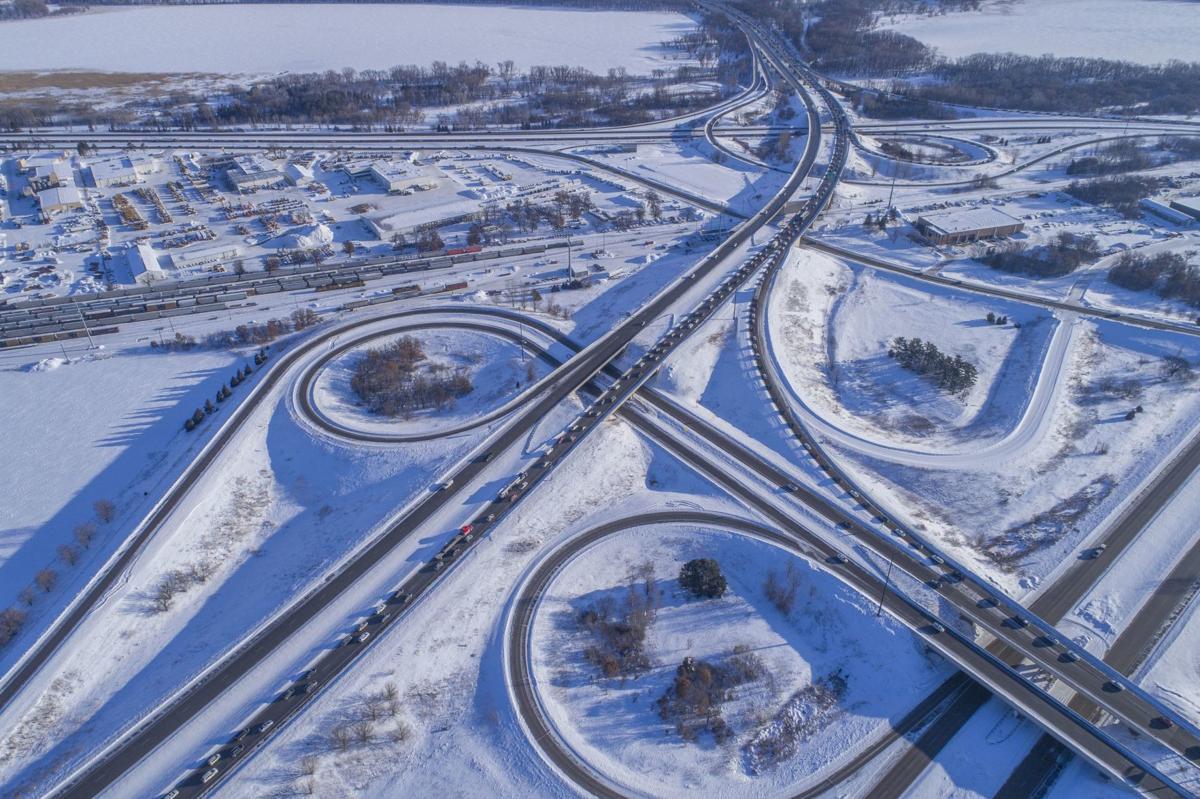 Traffic volumes on the Bloomington Ferry Bridge over the Minnesota River have increased by an average of 2.7 percent annually since 2000.

Scott County lawmakers called on MnDOT to study a stretch of Highway 169 to see if there are any defects or irregularities contributing to 94 crashes since Jan. 1.

In this world, nothing can be certain but death, taxes, and congestion on U.S. Highway 169.

As the most heavily traveled Minnesota River crossing in Scott County, commuters say Highway 169 is congested and getting worse, but there are no immediate plans to alleviate the rush hour backups.

Shakopee resident Kristi Peterson commutes to Hopkins for work and said snow or rain can increase her drive up to two hours.

“Over the last couple years, traffic has become significantly worse,” Peterson said. “With the significant growth south of the river, the entrances onto 169 from County Road 18, Highway 13 and Highway 101 do not effectively work anymore. All of the traffic trying to merge onto 169 at those entrances alone creates a large bottleneck. It is simply not safe.”

Scott County’s population grew by more than 51,000 people between 2000 and 2015, with Shakopee’s population alone nearly doubling from 20,568 to 40,254. As a result, the portion of Highway 169 stretching south from Interstate 494 to County Road 69 has seen an average of more than 3 percent in yearly traffic growth, according to the U.S. 169 Corridor Coalition.

Scott County Commissioner Mike Beard serves on the coalition and said the group that built the Bloomington Ferry Bridge anticipated the population growth, which is why there’s a gap between the north and southbound bridges for future expansion.

“The basic engineering and footings are already done and in the ground,” Beard said. “We knew this day was coming that we were going to run out of capacity and have a choke point on the bridge.”

That extra space was engineered to be flexible so it could be used for anything from a light rail line to a reversible lane for reducing rush hour traffic, Beard said. Neither of those concepts are likely to happen, though, because the coalition has prioritized other ways to expand the river crossing based on a 2017 Minnesota Department of Transportation mobility study.

“The plan says if we’re going to build any new lanes, it’ll be a new lane north and south from the bridge, and it’ll be for MnPASS or for high occupancy vehicles like carpoolers,” Beard said.

The plan also has a bus rapid transit component that proposes a 15-stop bus route from the Marschall Road Transit Station in Shakopee to downtown Minneapolis, though Beard believes the ideal solution would focus more on increasing highway capacity.

“It’s transit dependent with very little construction to help people who need to drive in their cars,” he said. “One thing government should do is assist people live their lives with maximum liberty and mobility.”

Shakopee Mayor Bill Mars hopes Highway 169 congestion will be alleviated when Highway 61 from Shakopee to Eden Prairie opens up again. That way, commuters can cross at the Highway 101 bridge to reach destinations.

“Highway 61 has been closed for a year now and that’s a good outlet,” Mars said. “I’ve been commuting since I lived in Shakopee, and when I come home I like taking that way because I like looking over the Minnesota River Valley. I’d rather look at that than the concrete monster.”

Regardless of the U.S. 169 Corridor Coalition’s vision, the state Legislature hasn’t committed to funding anything yet and is still researching options. State Rep. Brad Tabke, D-Shakopee, said the goal at the Legislature is to create a comprehensive infrastructure plan so short-term solutions to long-term issues don’t make matters worse.

“Something has to get done. We need to give more options for how people get across the river,” Tabke said. “One option that’s obviously a long way away is the Dan Patch Line.”

Tabke is the co-author on a bill to allow a feasibility study that would look at carrying passengers on diesel multiple-unit trains, including electric-hybrid models, on an approximately 12-mile corridor from St. Louis Park to Savage.

The bill wouldn’t repeal the 2002 Dan Patch Moratorium, commonly referred to as the gag order, which prohibits state agencies from studying the line. It would instead lift the prohibition on regional railway authorities’ doing the same.

Giving commuters an extra option for crossing the river using transit and adding a MnPASS lane would hopefully open up some of the traffic flow, Tabke said.

“The congestion just moves and changes but by doing that we’ll give people options as to how they can get across the river,” he said.

Tabke is also working on a bill that would allocate $6 million to the Metropolitan Council, which the council could then award as it sees fit in the form of grants. One of the projects Tabke hopes would be funded is an extension of Minnesota Valley Transit Authority’s route 495 to downtown Savage.

Prior Lake resident Bob Zabel is a proponent of the highway being restriped to create an additional general lane rather than a restricted MnPASS lane. He said he wouldn’t have moved south of the river if he knew how bad the traffic congestion is.

“They do this when other river crossings are closed due to spring flooding, and traffic flow is way better, even with the heavier traffic,” Zabel said. “Crossing the river between 7 and 9 a.m. is absolutely ridiculous (and) only going to get worse with all the new developments.”

Crashes up this winter

Driving on Highway 169 has been especially rough going this winter with so many snow storms causing dangerous road conditions and delays in commutes. Shakopee police responded to 94 crashes on Highway 169 between Jan. 1 and Feb. 28, compared to 78 crashes in the same time period last year and 58 crashes in 2017.

Peterson has noticed the highway conditions are more dangerous this year than in the past and wonders why.

City Engineer Steve Lillehaug said he’s discussed that issue with city staff, though the highway isn’t under the city’s control. Lillehaug said the issue is three-fold.

“Number one would be that’s an open area on the east side of Shakopee. We get a lot of wind and blowing snow there, so that contributes to freezing and black ice in that roadway,” Lillehaug explained. “Less prevalent would be if you’re heading into the metro, that’s kind of a slowdown area in the morning … and you get compaction of snow a lot more and it’s tougher to maintain that area of the road.”

Additionally, Highway 169 through Shakopee has had issues in the past with surface friction, which could be contributing to slicker roads when there’s precipitation, Lillehaug said.

Tabke has noticed the same thing this winter. He was recently part of a group of legislators who requested the Minnesota Department of Transportation study the road conditions to determine why they deteriorate so quickly.

Until the Legislature finalizes a plan for Highway 169, though, commuters might have to grin and bear the traffic jams.

“(The Legislature) has not appropriately funded transportation,” Tabke said. “Right now the money we have coming in is only used for maintenance of roads and we’re still way, way behind on having enough money to even maintain the roads we have today, so expanding and putting more future maintenance on the system doesn’t make any sense unless we have a comprehensive transportation funding package.”