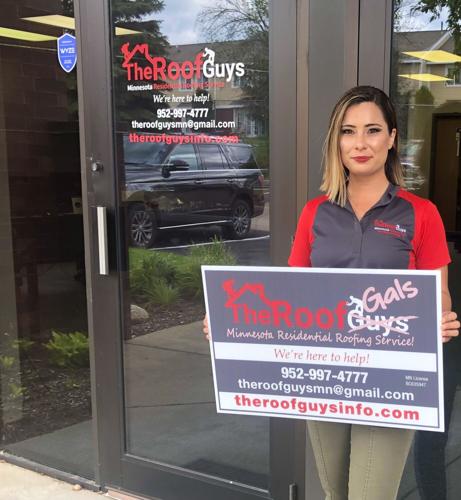 Cassaundra Henderson works as a sales associate and current project manager for The Roof Gals. 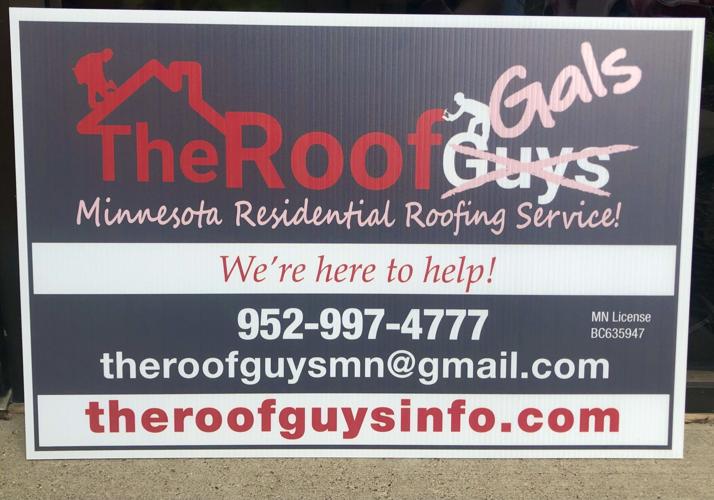 The company created yard signs for this initiative, and staff said customers have already started requesting some to support the movement. 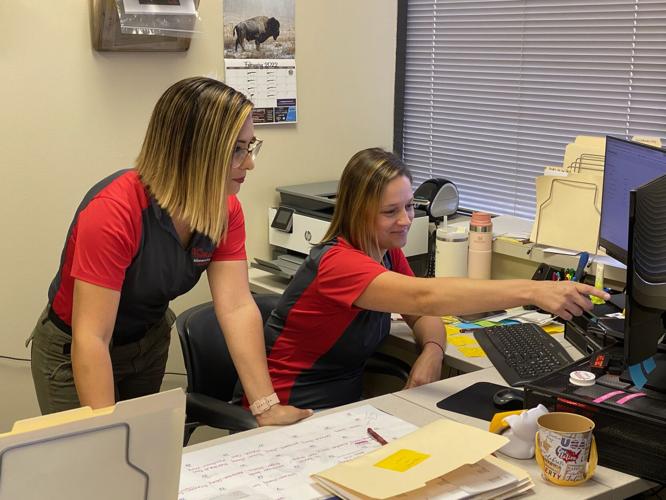 Sales associate Cassaundra Henderson, left, and office manager Diana Ghekiere make up some of the female staff at The Roof Guys.

Cassaundra Henderson works as a sales associate and current project manager for The Roof Gals.

The company created yard signs for this initiative, and staff said customers have already started requesting some to support the movement.

Sales associate Cassaundra Henderson, left, and office manager Diana Ghekiere make up some of the female staff at The Roof Guys.

Local roofing company The Roof Guys has launched a new initiative called “The Roof Gals” with the hope of highlighting and offering more opportunities to women in the roofing industry.

The initiative came from a collaboration between The Roof Guys founder and CEO Jamey Williams and Cassaundra Henderson, a sales associate and current project manager for The Roof Gals.

According to 2021 U.S. Bureau of Labor statistics, women only make up about 11% of those employed in the construction industry. The staggering difference between representation of men versus women in the industry was something that stood out to Henderson when helping create The Roof Gals.

“For me, it was just a way to outreach to other women to let them know there’s other jobs that you can do,” Henderson said. “There is just so much opportunity, and I feel like some women just don’t even know what they could do.”

According to the company’s website, this initiative is intended to “offer more opportunities and recognition to females who are already in, or who aspire to excel in the roofing industry.”

“At The Roof Guys, we recognize that even though ‘guys’ is not a gender-specific term, our name does little to dispel the myth that roofing, and construction in general, are somehow trades that are reserved for men only,” the company states on its website.

Part of this initiative’s goals includes bringing more women on board. The Roof Guys General Manager Shane Kretsinger said the company is looking to have about 15 salespeople on staff but is only running at about half that. Two women, including Henderson, currently work in sales for the company.

Kretsinger said this is a statistic he would like to see increase. “Our goal here is to make all of our people very successful and to bring more females in because it makes sense,” he said. “We’ve always encouraged gals to get into this business.”

This can be seen through the company’s current staffing. Beyond women in sales roles, the company also has women in administrative and field operations positions, including customer service, subcontractor and office manager roles.

Kretsinger added that in his more than 15 years in the business and with other companies, he’s found that female sales staff often outperform the men and are consistently in the upper percentage of performers.

Through The Roof Gals initiative, Henderson is also looking to educate and mentor younger women about her line of work. She said it’s common for women to not know what their options are in this industry, a trend she’s hoping to change through community outreach.

Through building a connection with the Shakopee Chamber of Commerce, Henderson said members have recommended her to connect with girls via schools.

While specifics are still in the works, outreach for The Roof Gals will likely include participating in the student expo this fall, where high school students can learn a bit more about the work The Roof Gals and Roof Guys do.

Additional plans also include meeting with some school leaders and student organizations and programs, making stronger connections with girls in the community.

“I’m hoping it’s going to spark an interest … I think just by me being there, it should be able to spark some interesting conversations. That’s kind of the goal,” Henderson said.

Henderson added that she hopes to tell girls her stories in the business and start up a dialogue about their career goals and ambitions moving forward.

While still early on, Henderson said the initiative has already received positive feedback from customers. The company created yard signs with The Roof Gals branding on it, and staff said customers have already requested some signs to support the movement.

Kretsinger said he hopes for this initiative to break down any nerves women may have about entering this industry, adding that he and his team are looking forward to guiding newcomers with a strong work ethic to success.

“We want to make this look and feel like a happier path to walk if you’re scared of coming this way. Walking through the door of a construction company as a gal — that’s a ‘take a deep breath’ moment. We want to make that otherwise,” he said.