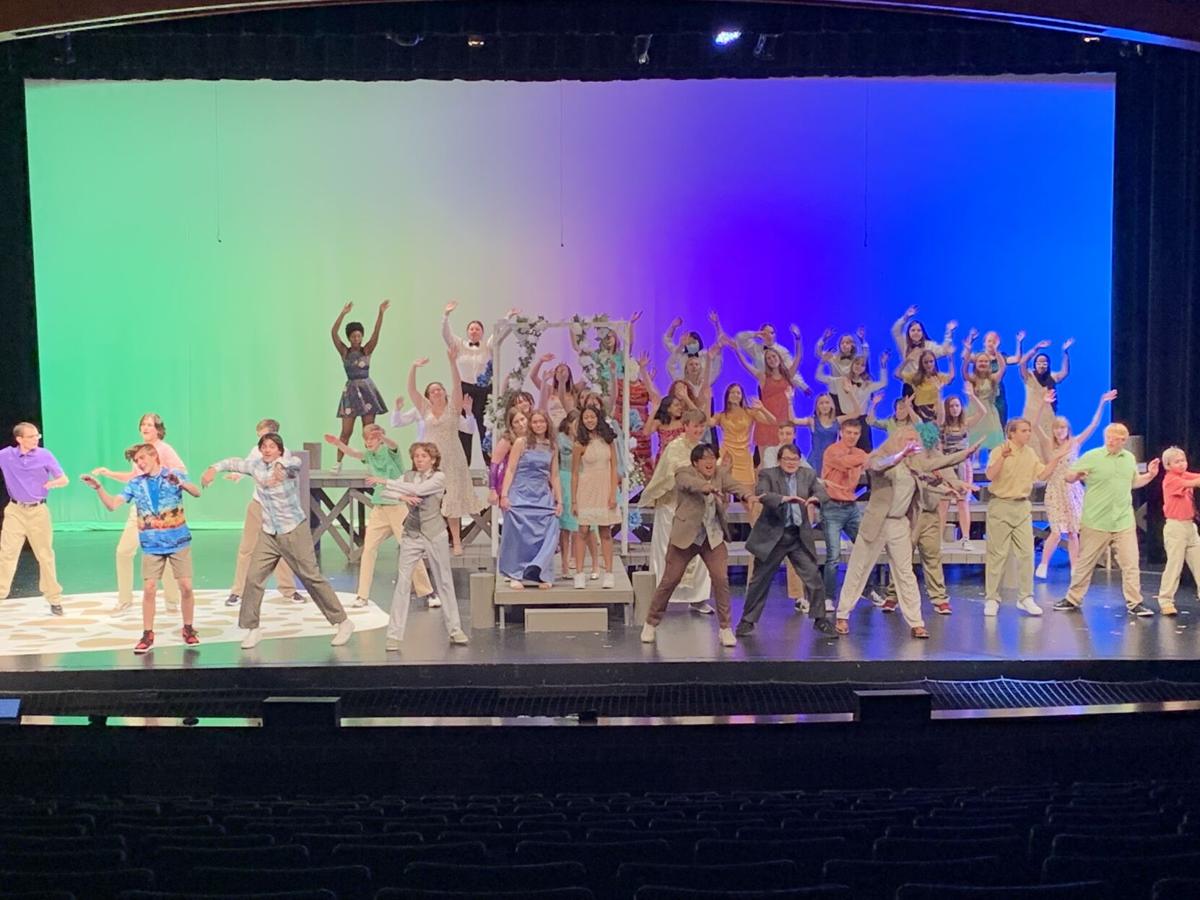 The cast of “Mamma Mia!” rehearses ahead of opening night on Friday. 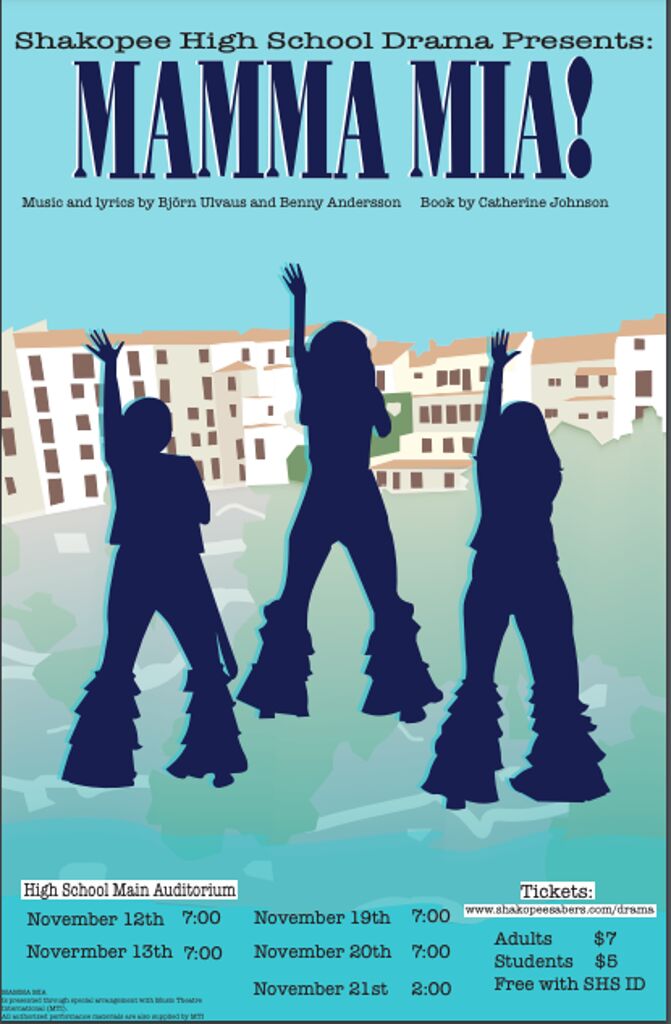 The cast of “Mamma Mia!” rehearses ahead of opening night on Friday.

This year’s production is made up of around 100 high school students. These students take part in the cast, pit orchestra, sound and lights tech staff, costume crew, build crew and stage crew.

“Theater is their happy place and their safe space. It’s what they look forward to at the end of the day, their creative outlet,” Mulder said.

The drama program was unable to perform last fall due to the pandemic. Musical assistant director Christopher Kent said the drama program’s theme this year of “New Beginnings” is appropriate given the circumstances of bouncing back from the past year.

“This was a completely new year,” Kent said. “We just wanted to jumpstart with a show that showcased the good and the bad to remind everybody why we do theater and why it’s important.”

Aaron Dumalag, a Shakopee High School student and one of the musical’s leads, said everyone involved is excited to get back to “a sense of normal” in performing.

“Everyone was so ready to finally be able to have a normal show with a normal-sized cast,” Dumalag said. “We’ve been working hard over the last eight weeks and can’t wait to show everyone how far we’ve come.”

Shakopee High School student Maggie Clark, the show's other lead, added that she is grateful to finish off her senior year reconnecting with fellow drama program members.

"Bringing this community of supportive and talented humans back together is exactly what I needed to make my senior year of high school memorable," Clark said.

Beyond the musical, the theme this year also ties back to the drama program’s new production team members and directors.

Both directors also work as teachers in the school district. Mulder, a first-grade teacher at Sun Path Elementary, said she has loved taking on this leadership role and watching students she previously taught in elementary school grow up within the theater program.

“It’s honestly been a dream come true for me,” Mulder said. “A lot of work, but I’m willing to take on that amount of work because it’s been such a joy.”

In addition to his work as a director, Kent also runs the high school’s drama club. He said emphasizing community within the program and drawing attention to all roles, both onstage and off, is important to him.

“It feels like we’re building an ensemble within the entire show … there isn’t a hierarchy,” Kent said. “It feels like everyone has a seat at the table.”

A large amount of fundraising and promotional support is raised by PROPS, a parent organization supporting the drama program in Shakopee.

PROPS, standing for Procuring Resources for Our Performing Students, consists of around 12 members who assist the program through fundraising, promoting the show and supporting the drama students.

“It’s a great group of very talented adults who just really want to keep the program going, and they want to support us in any way they can,” Mulder said.

Parents in PROPS have raised funds this year through selling buttons and stickers with the “Mamma Mia!” logo on it. Many also fundraise by volunteering at Cub Foods bagging groceries in addition to other annual fundraising events.

Fundraising dollars often help pay for props and items that may not have been considered in the department’s budget otherwise, according to Mulder.

Beginning opening night, PROPS plans to help sell and scan tickets, manage concessions, greet audience members and more during performance nights. People are able to sign up as volunteers on the PROPS webpage.

As opening night approaches, Kent said he looks forward to fall musicals returning to Shakopee and hopes plenty of people take the time to attend.

“It’s really nice to be in a space with everybody again and sharing in the joy of theater,” Kent said. “Come see the show.”

"Bringing this community of supportive and talented humans back together is exactly what I needed to make my senior year of high school memorable."