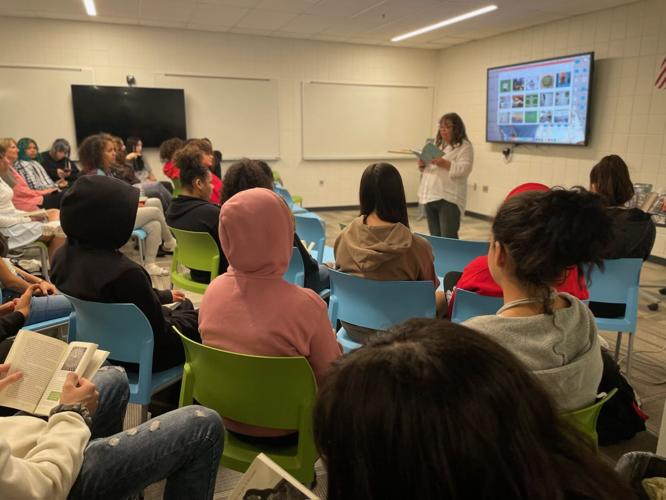 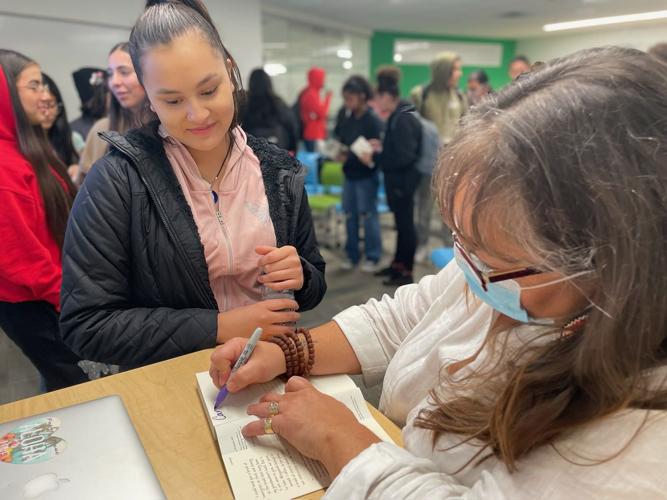 Smith visited several schools in the metro area as part of a statewide book giveaway sponsored by the Shakopee Mdewakanton Sioux Community. 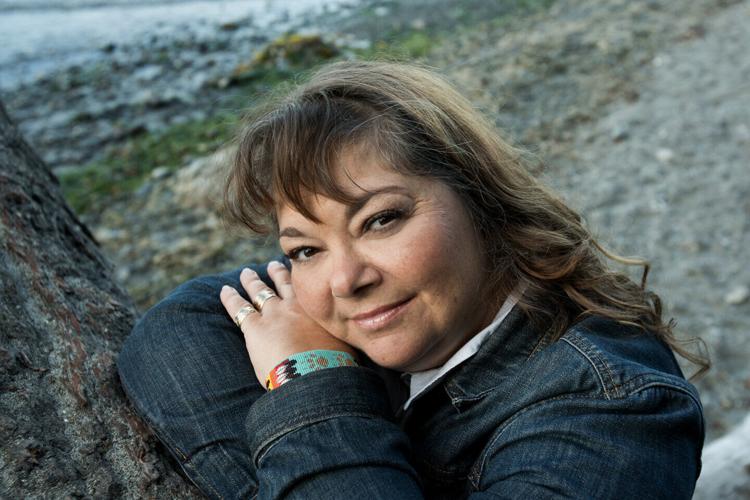 Smith visited several schools in the metro area as part of a statewide book giveaway sponsored by the Shakopee Mdewakanton Sioux Community.

Copies of the book were given out to educators, K-12 schools and public libraries all throughout Minnesota.

“This campaign aims to improve public attitudes toward Native Americans by incorporating greater awareness and sensitive treatment of Native Americans, along with accurate information about their history, culture, and modern tribal governments, into Minnesota’s K-12 education system,” the campaign states on its website.

The giveaway of “Braiding Sweetgrass for Young Adults” served as a perfectly-timed initiative, given the book was first released on Nov. 1. This release date also marked the first day of Native American Heritage Month, taking place each year in November.

Working on this book, Smith made some purposeful decisions in the hopes of making its themes and lessons accessible to younger readers. This included honing in on more of the social and emotional learning aspects from the original book and highlighting history in regard to Native people, she said.

This adaptation also allows for reflection among readers with calls to action, definitions, questions and comments scattered throughout the book.

Illustrations play an important role in the book, Smith added. These were all created by illustrator Nicole Neidhardt and are included throughout each chapter.

“It is a similar book, but it is a book that honors the original manuscript and also lights a path forward for young and sometimes not so young readers,” Smith said about the adaptation.

This hope of connecting to younger readers is a large focus of the Understand Native Minnesota campaign. SMSC commissioned a report released in June of this year called “Restoring Our Place,” serving as an analysis of how Native American resources are used in Minnesota classrooms.

Key takeaways from the report concluded that most K-12 teachers have few reliable tools to help them teach Native content, and the quality and availability of Native-related curriculum in Minnesota schools is “hit-or-miss.”

SMSC Secretary and Treasurer Rebecca Crooks-Stratton said the report’s findings confirmed a lot of what the SMSC already knew and allowed them to start carrying out different initiatives within Understand Native Minnesota — this book giveaway being one of them.

Beyond just giving out books, part of this initiative included Smith visiting schools and organizations around the Twin Cities metro.

From Nov. 1-3, Smith made appearances at the Bell Museum, Birchbark Books and the SMSC. She also was the featured guest in a statewide webinar sponsored by multiple local organizations, including the SMSC.

“Their questions were so deep and so profound,” Smith said about the conversations she had with children in the schools. “It just really reminded me that sometimes as adults, we dismiss children and dismiss young people for their knowledge, their curiosity and their perspective. They actually quite often have the answers to help us find the path forward.”

On Nov. 3, she visited Shakopee High School to speak with students and educators about the book and give away copies. Smith specifically met with kids within the school’s American Indian Education Program, Crooks-Stratton said, speaking about her story and her journey to becoming an author.

“Real-world learning experiences are vital to student learning, and this special visit was no exception,” Shakopee High School Principal Jeff Pawlicki wrote in a statement. “The deep culture within our community and state is incredible, and our students were extremely engaged in this enrichment opportunity.”

“It’s such an inspiration to have an Indigenous person tell their story and tell the kids what’s possible,” Crooks-Stratton said. “I think having Native students hear those stories of inspiration and change that thought process about, ‘Why not me?’ … it’s really powerful.”

The book giveaway proved to be successful, giving away all 2,000 books to educators, students, schools and libraries all around Minnesota within five days.

“For generations and generations, the truth and the stories of Indigenous people here in Minnesota haven’t always been told,” Smith said. “So this is an opportunity to begin to understand some of those truths, the strength and resilience, then tenacity and hope, and to begin to look at, ‘How do we as Native and non-Native people find a path forward that upholds the dignity and respect of each other in a good way?’”