Mayor Bill Mars said the impact of the recent spike of graffiti in Shakopee “takes away from the community.” 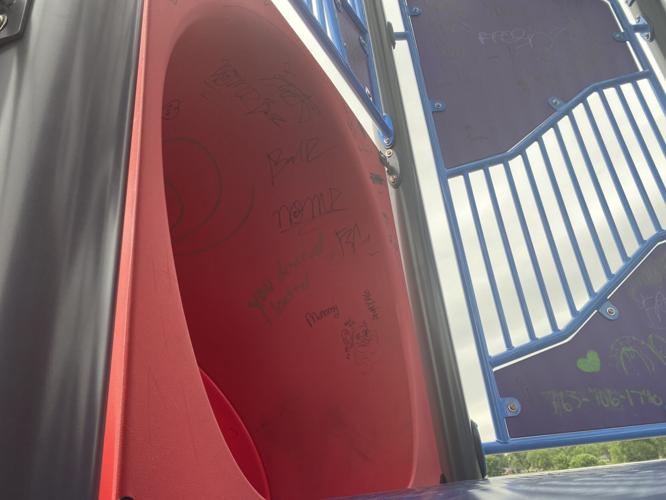 Graffiti and public defacement have been spotted at multiple city playgrounds, parks, bridges and restrooms. 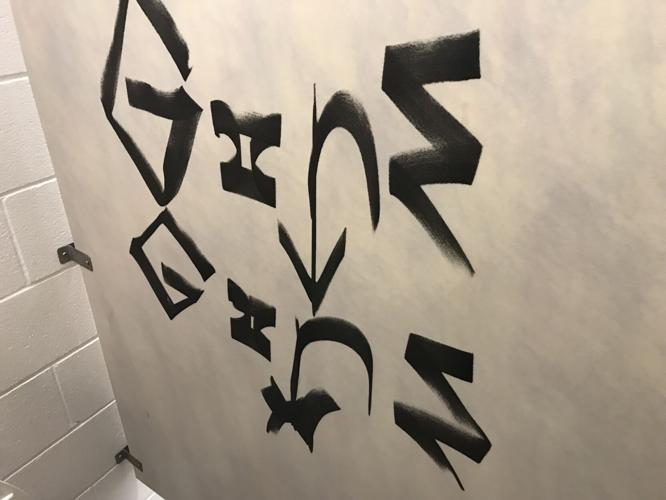 The Public Works Department recently estimated that cleaning up graffiti over the last 4½ weeks has cost the city $15,543.50.

Mayor Bill Mars said the impact of the recent spike of graffiti in Shakopee “takes away from the community.”

Graffiti and public defacement have been spotted at multiple city playgrounds, parks, bridges and restrooms.

The Public Works Department recently estimated that cleaning up graffiti over the last 4½ weeks has cost the city $15,543.50.

The Shakopee Police Department has identified several juveniles suspected of being responsible for a spike in graffiti and public defacement throughout town.

Police Chief Jeff Tate said the individuals identified last week were behind the “overwhelming majority” of graffiti spotted over the last couple of months. Much of this graffiti has damaged city playgrounds, parks, bridges and restrooms.

This is an active investigation as the police department is still looking to identify at least one other person involved. The department declined to comment on the specific number of people currently identified.

Tate said the suspects will be facing felony charges when the case goes to the Scott County Attorney’s Office.

According to Tate, the juveniles are not legally old enough to drive. He added that while the perpetrators did graffiti the spaces together, none of the vandalism is gang or drug-related.

“I’m confident that based on the evidence we’ve collected and that we continue to collect, we’ll identify more individuals involved,” he said. “But the primary taggers have been identified, and they will be charged. They’ve been trespassed from these locations, and they’re going to pay the taxpayers back.”

“This is a beautiful city … I don’t know if they realize how much time, effort and money goes into cleaning it up, and it never looks the same after,” he added.

The Public Works Department recently calculated the estimated costs for removing the graffiti. Over the last 4½ weeks, the clean-up process has cost the city $15,543.50 — made up of equipment costs, material costs and working hours to remove the graffiti and restore the property.

Tate said the specific amounts for restitution still have to be worked out.

The city council discussed the issue at its June 7 meeting.

City Administrator Bill Reynolds spoke on the graffiti’s damage to the community. “Our public works crew paints and then two days later, it’s all graffiti again,” he said. “They’re hitting everywhere … [but] we are going to catch you, and you are going to pay for all the graffiti damage that you have caused.”

“It’s really petty vandalism,” Mayor Bill Mars said at the meeting. “The impact is so large because we’re hearing about cost, time and effort. It takes away from the community.”

Tate said dealing with property crimes can be frustrating and that they can be difficult to solve, so he’s glad the police department has caught the primary individuals responsible. With those identified, he said he’s hopeful the “senseless” and “stupid” acts of vandalism end in Shakopee.

“It’s not the first time we’ve dealt with graffiti,” Tate said. “We’re glad we got these individuals. They’re going to pay for the damage they’ve caused, and hopefully it stops.”