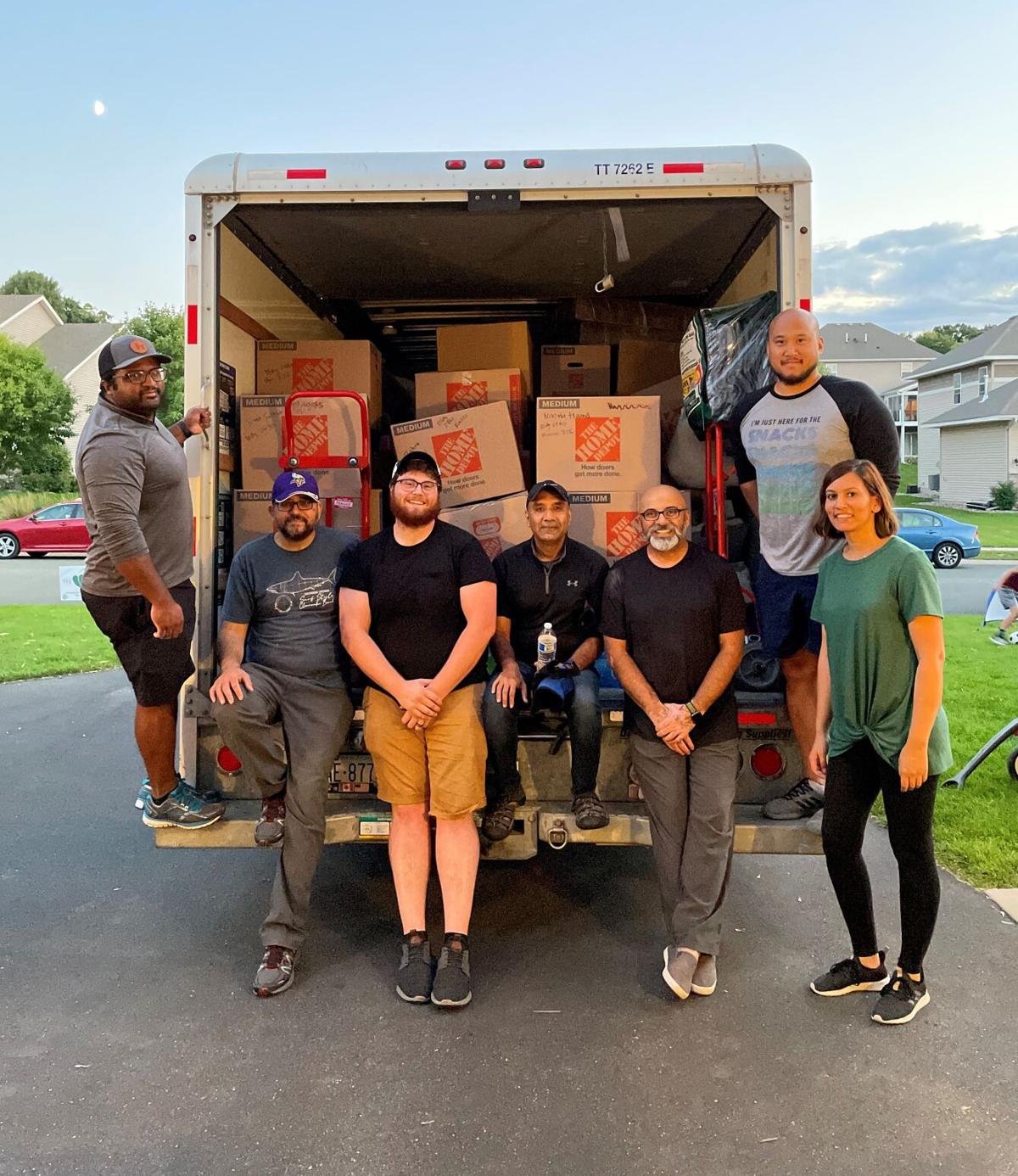 Sonia Sahar Anunciacion (at far right) with volunteers and a U-Haul filled with donation boxes. 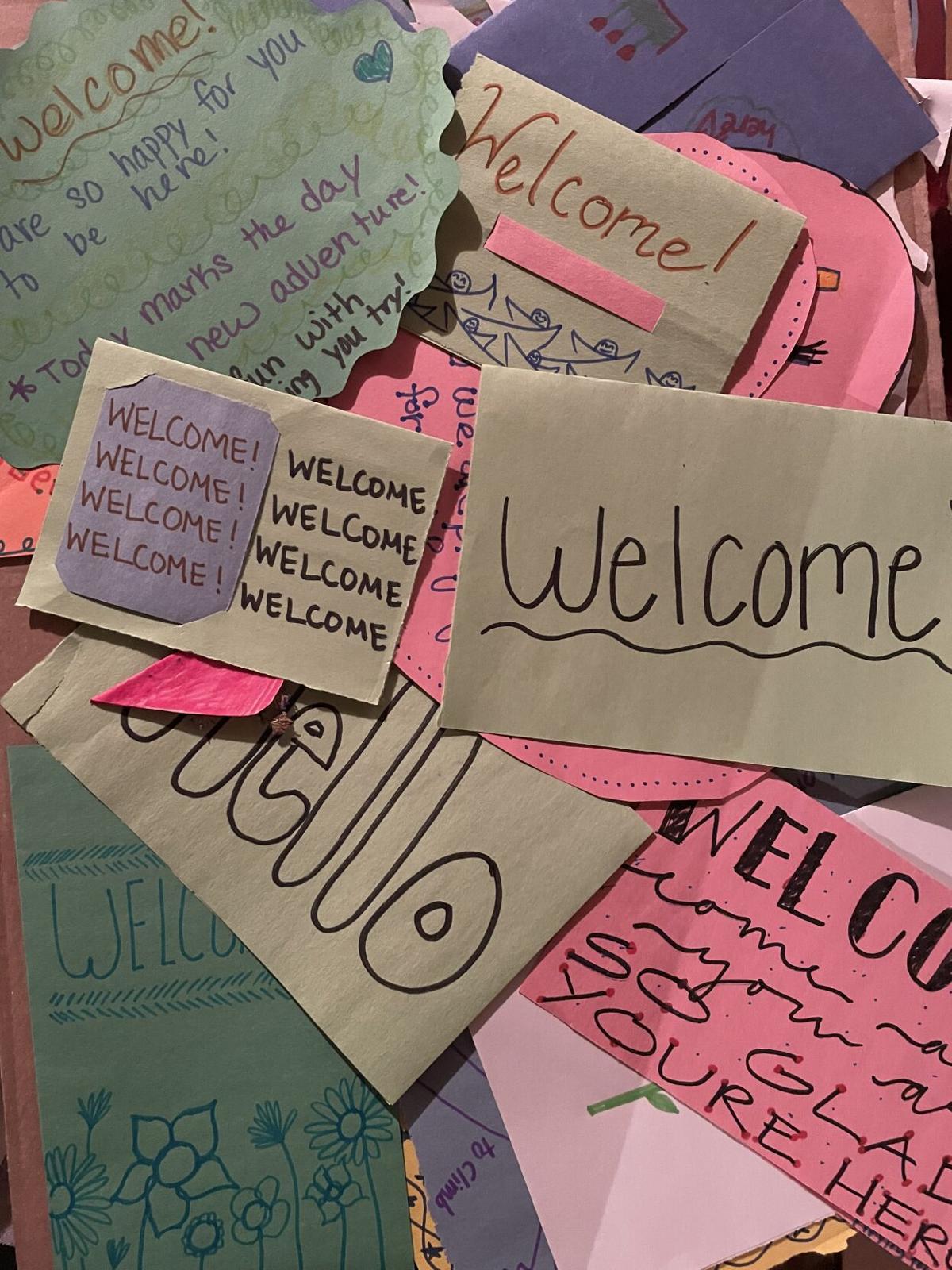 Welcome letters from the community sent to refugees. 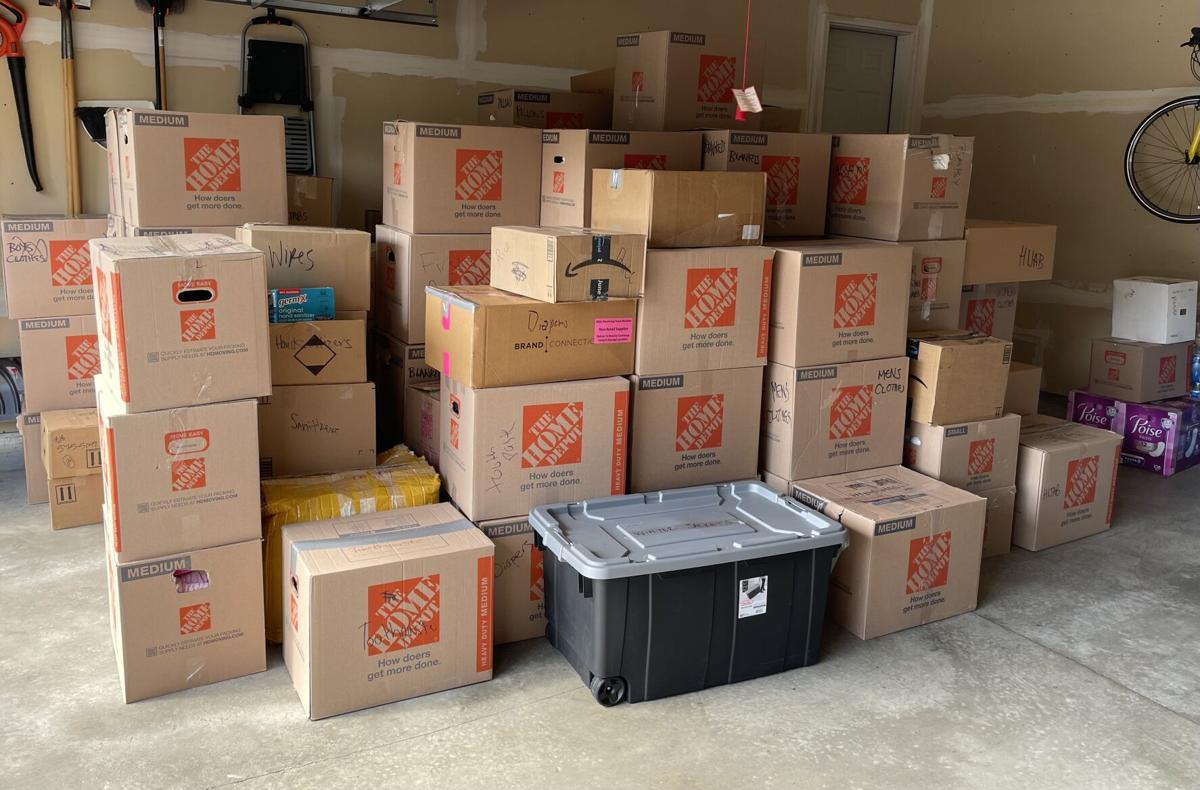 Some of the donation boxes delivered to Fort McCoy. 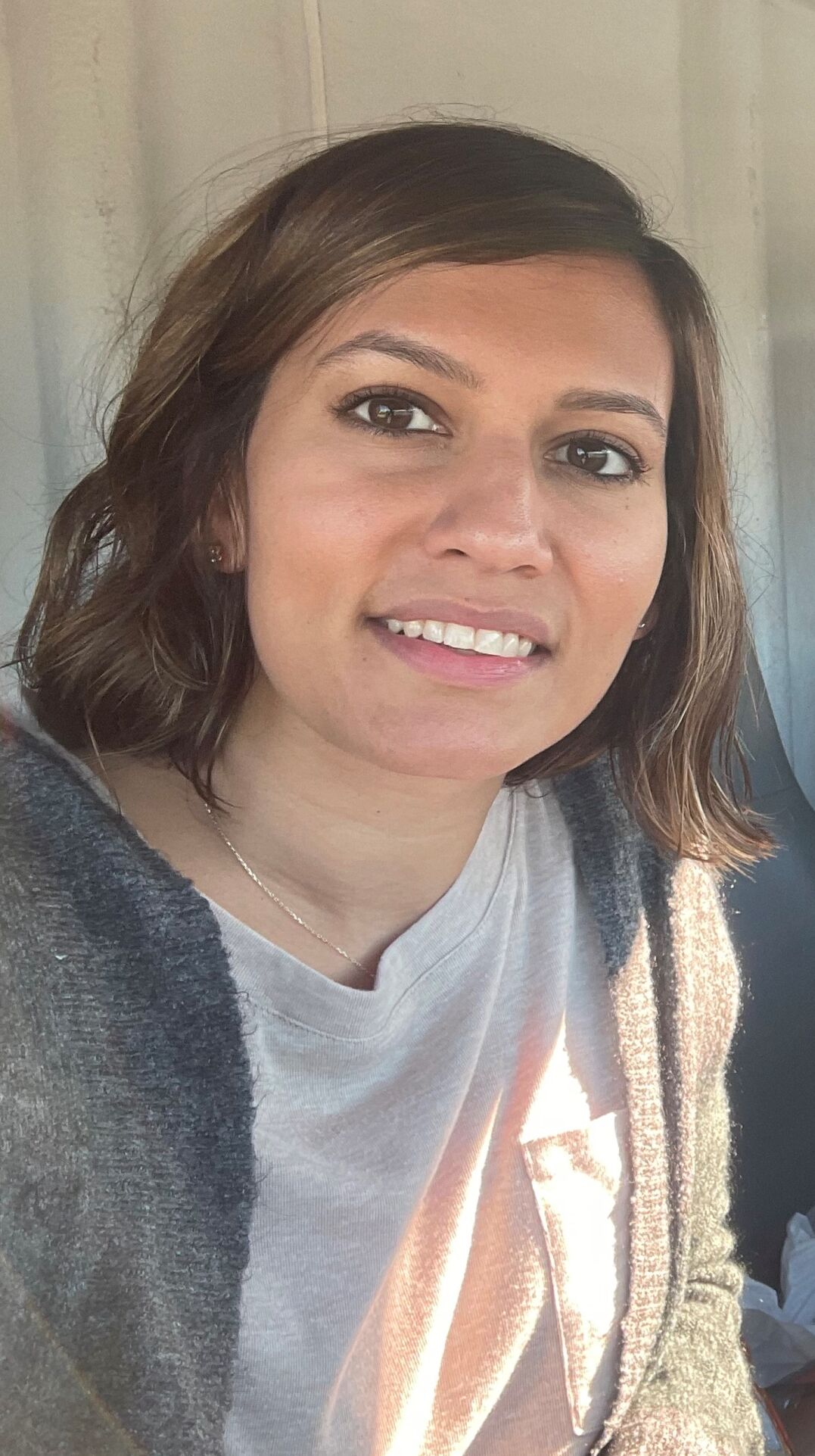 When news broke in August that Afghan refugees fleeing the Taliban would be coming to the Midwest, Sonia Sahar Anunciacion felt compelled to help.

Anunciacion is a Shakopee resident and business owner of Under the Lote Tree, where she creates Islamic workbooks and storybooks for kids.

She also has personal ties to the current refugee situation. Her parents are originally from Afghanistan, and she still has family members living there.

With all of the news brought to her attention, she said she couldn’t help but get involved.

“When I was hearing about the U.S. bringing in a lot of the refugees, I felt like I had to do something,” Anunciacion said.

Despite a lack of fundraising experience, Anunciacion suggested to her husband that they start collecting donations to send to arriving refugees. The couple put a flyer out and set up a few donation drives around the Twin Cities metropolitan area, hoping for any generosity to come their way.

Since starting her work in August, Anunciacion said she has received an overwhelming number of donations from around the country, with most coming from Minnesota. She also has had many volunteers help with organizing donation items and packing them up for delivery.

Many Minnesotans even wrote welcome letters for families getting settled. Anunciacion said these acts of kindness from local residents did not go unnoticed.

“I wasn’t surprised by the local community coming together, because I know Minnesotans are very generous and kind,” Anunciacion said. “But at the same time, it just gives you so much hope to see that kindness and everyone pitching in to give what they can.”

Donations often consist of clothes, blankets and diapers. They are then organized in boxes either by type of item or added to boxes specially customized for a family.

The donation boxes are stored in Anunciacion's basement before being packed into a rented 20-foot U-Haul moving truck. They are then either delivered to refugees in Minnesota or delivered to an acquaintance who works at, and transports donations to, Fort McCoy in Wisconsin, where nearly 13,000 refugees currently reside.

Anunciacion said refugees at Fort McCoy have been grateful for the donations, since conditions at the base are not ideal.

“The situation isn’t good in Fort McCoy or in a lot of the bases,” Anunciacion said. “They’re low on diapers, formula and clothing. A lot of them are still wearing the same clothes that they arrived in, and it’s been over a month now.”

To help assist these families, Anunciacion continues to set up fundraisers, donation drives and relationships with companies willing to donate.

Anunciacion continues to take donations from those offering through an Amazon wishlist she created with people’s requests. Purchasing items off the list directly ships them to Fort McCoy for refugees.

She is also looking for people willing to sponsor a family. A sponsor would purchase all items off a specialized wishlist for a family in Minnesota or Fort McCoy and bring them to Anunciacion, who would then take care of delivering the donations.

Anunciacion has already received donations from Target, Home Depot, and Lowe’s. She also is awaiting a response from Best Buy in the hopes of having iPads and laptops donated that refugees can use for future work opportunities and taking English Language Learner (ELL) classes.

An upcoming fundraiser called “A Night for Afghanistan” has been scheduled for 6:30 p.m. Oct. 8. Located at the Northwest Islamic Community Center in Plymouth, the fundraiser looks to raise money for displaced families in Afghanistan.

Anunciacion also announced she is volunteering for Team Rubicon and the Minnesota Twins for a winter clothing drive supporting families in Fort McCoy and Camp Atterbury in Indiana. The drive takes place from 11 a.m.-4 p.m. Oct. 9 at Target Field.

Creating all of these avenues of giving is important to Anunciacion, who said people may not realize just how little arriving refugees have now.

“It makes me emotional because they’ve been through so much … they left their family, they left their homes and their personal belongings and came here. Now they have to start over again,” Anunciacion said.

As of late September, Anunciacion said donations have helped around 27 refugees in Minnesota and plenty more families at Fort McCoy. She said she appreciates the help from Minnesotans and beyond, believing these donations continue to change the lives of many.

“They’re so appreciative of all the support that Minnesota has provided for them,” Anunciacion said. “They’re all such amazing families, each and every one of them.”

To get in touch with Sonia Anunciacion about sponsoring a family, donating or any other questions, email her at sonia.sahar@gmail.com.